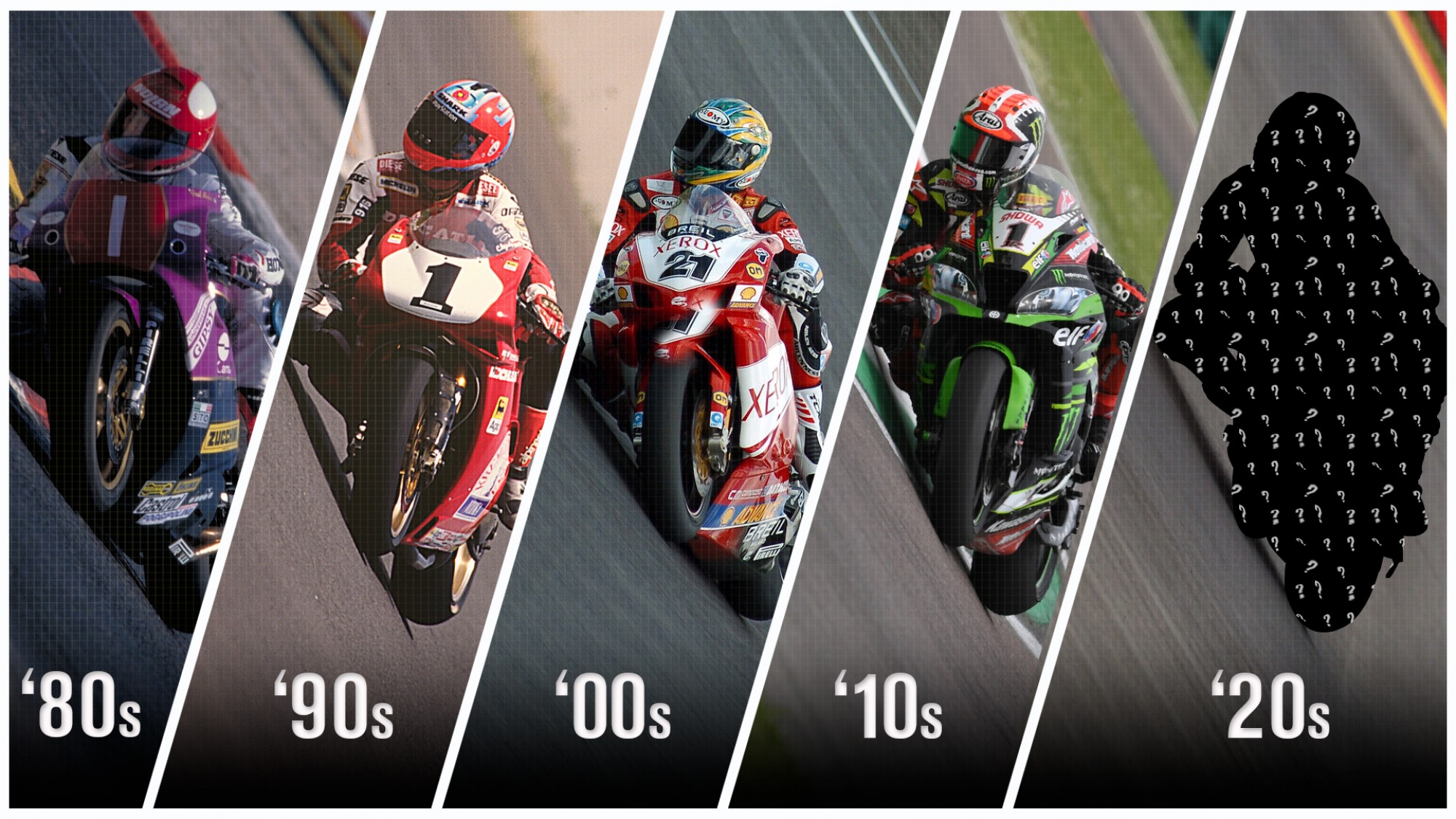 Throughout the history of the WorldSBK Championship, each decade has had its own star. The first two years of the Championship – the last two years of the 1980s – saw Fred Merkel and in the second half of the 2010s, Jonathan Rea (Kawasaki Racing Team WorldSBK) has literally been unbeatable when it comes to title success. So, with the dawn of the decade bringing a whole array of changes and new challenges, can Jonathan Rea do something that no WorldSBK rider has ever done before: take title-winning success across two decades?

It isn’t unlikely, but it is far from obvious. Every single factory-supported team in 2020 has got at least one new rider, something that hasn’t happened since the final years of the 2000s. But the rider who everyone is out to beat is remaining on the same bike, in the same team and with the same desire. In Jonathan Rea’s close-knit motorcycle racing family, the perfectly controlled environment sees him once again the favourite. However, history tells us another chapter in the World Superbike story could be on the way.

Fred Merkel was the first ever FIM Superbike World Champion, with the American taking the title in 1988 and again in 1989. However, the turn of the decade saw his fortunes go to former 500cc Grand Prix star, Raymond Roche – the first French WorldSBK Champion. Soon after, it was all about Doug Polen, who was Champion in 1991 and 1992 before Scott Russell became the third American in six seasons to take the WorldSBK crown in 1993.

However, the 1990s would then become synonymous with the biggest British motorcycling icon since Barry Sheene: Carl Fogarty narrowly missed out on the 1993 title but in 1994 and 1995, he made sure his name was etched in history, becoming the first British World Superbike Champion. Fogarty transcended the class with his determination to win and his ferocious rivalries with the likes of Troy Corser, John Kocinski, Aaron Slight and perhaps, most notably, Pierfrancesco Chili. Being beaten flat-out in 1996 and 1997, Fogarty took three wins on his way to a third WorldSBK crown in 1998 before a dominant 1999 campaign saw him wrap up his fourth title – something that was considered unbeatable.

However, as had happened in 1990, the turn of the decade – this time a century and even more-so, a millennium – proved to be bad luck for ‘King Carl’. A career-ending crash at Phillip Island took the pre-season favourite out of contention at just round two, allowing a hole to be filled at the top of the Championship standings. Colin Edwards took the first title but a year later, Troy Bayliss became the new poster-boy for WorldSBK; the fierce Australian being part of the iconic ‘Bayliss-Edwards’ rivalry which enhanced the Championship’s now premier-class world standing. Bayliss was Champion in 2001 before being pipped in 2002 by Edwards in the Showdown at Imola.

Both went to MotoGP™ but Bayliss returned to WorldSBK and took the 2006 title before becoming a three-time Champion in 2008, his final full-season. Come the end of the decade, despite Colin Edwards taking two titles, youngster James Toseland taking two and Neil Hodgson, Troy Corser and Ben Spies pinching one each, Bayliss had more wins and titles than anyone else between 2000 and 2009.

Going into 2010 and it was completely wide open. Leon Haslam started the decade by winning, whilst Carlos Checa, Noriyuki Haga, Cal Crutchlow, Jonathan Rea and Michel Fabrizio took victories throughout the season. Come the end however, it was Max Biaggi who was on top, the Italian going on to win again in 2012, whilst Carlos Checa became the only Spanish WorldSBK Champion in 2011. 2013 saw Tom Sykes finally take an elusive title, whilst he was pipped a year later by Sylvain Guintoli.

However, with Guintoli struggling over at Pata Honda in 2015 and Jonathan Rea coming over to the formidable Kawasaki, the Ulsterman’s onslaught began and after five seasons, Rea has more titles, wins and points than any other rider in WorldSBK – his Kawasaki wins alone would put him at the top of the WorldSBK wins standings.

However, the turn of the decade often brings an upset. Whether it be a changing of the guard, a different career path or bad luck, the records in WorldSBK show that something will change soon. Will 2020 bring the winds of change and if so, who could it be?

Find out if history will repeat itself in 2020 with the comprehensive WorldSBK VideoPass!