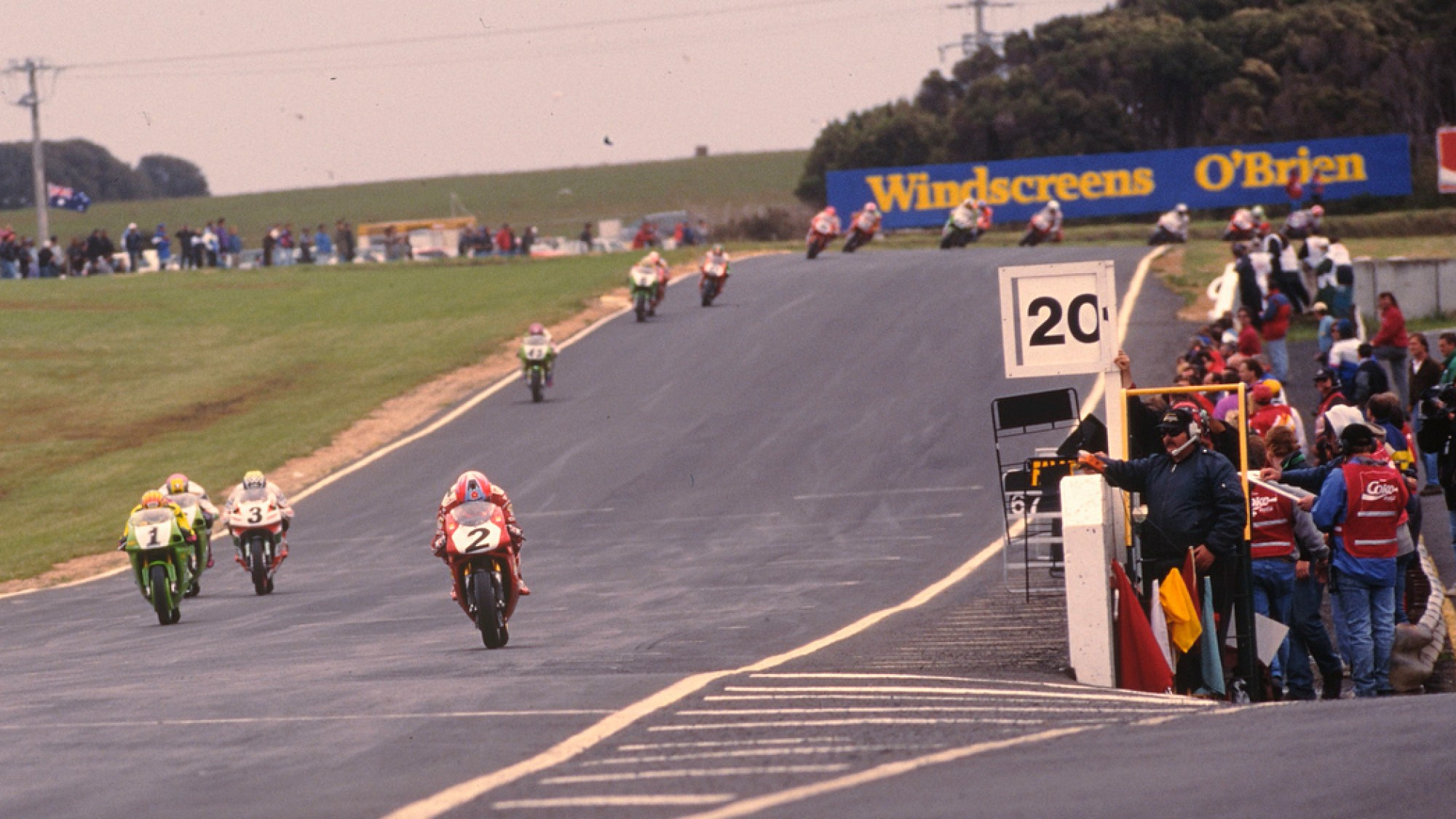 As the MOTUL FIM Superbike World Championship continues to celebrate its 30th season, there is plenty to delve into from the first decade of the series. Records that were set in the opening seasons still stand today, in the years that certified the Championship as the world's fastest production-based motorcycle series.  Starting to build momentum from 1988 the first decade produced champions such as Fred Merkel, Raymond Roche, Carl Fogarty and John Kocinski.

Did you know? The first decade in Numbers

150 – Doug Polen won the 1991 championship with a 150 points advantage over the second-placed rider, Raymond Roche.

45 – The most winning rider of the first decade is Carl Fogarty, with 45 wins.

34 – Doug Polen, 1991 and 1992 World Champion still holds the record for the highest winning percentage among riders who raced for more than one championship. Polen won 27 races out of 79, for a 34,2% success rate.

23 – In the years of his first two World Championships, Carl Fogarty won 23 races out of 44, more than one out of two.

17 – Doug Polen in 1991 dominated the championship with 17 wins, a season record that still stands. That year Ducati won 23 races out of 26. Polen was again champion the following year, with 9 wins.

17 – The record number of poles for this decade is split between Carl Fogarty and Doug Polen, with 17 each.

10 – The second year of the championship, 1989, featured no less than 10 different winners, an absolute record for the series.

9 – 1990 is the first year in which Ducati was the most successful manufacturer. That year they won 9 races, 8 went to Raymond Roche, who took the crown.

8 – Fred Merkel won just eight races in his career, but was eventually able to take home two World Championships, in 1988 and 1989.

6-4 – In the first ten years of the Championship, only two manufacturers shared the constructors prize: Ducati (6 times) and Honda (4).

5 – Davide Tardozzi won 5 races in 1988, more than the double of his main rival Fred Merkel (2), but was not able to take home the Championship.

5 – Also Raymond Roche won 5 races in 1989, to Merkel’s 3, but the title went to the American like the year before. Roche would have to wait until 1990 to take the Championship.

5 – In the first six years of the Championship, the world crown went to American riders 5 times (2 Merkel, 2 Polen, 1 Russell).

1 – John Kocinski stunned the WorldSBK championship taking a sound double from pole in his very first race weekend, in Misano, 1996.

1 – Scott Russell became the first World Champion for Kawasaki, by taking the crown in 1993.