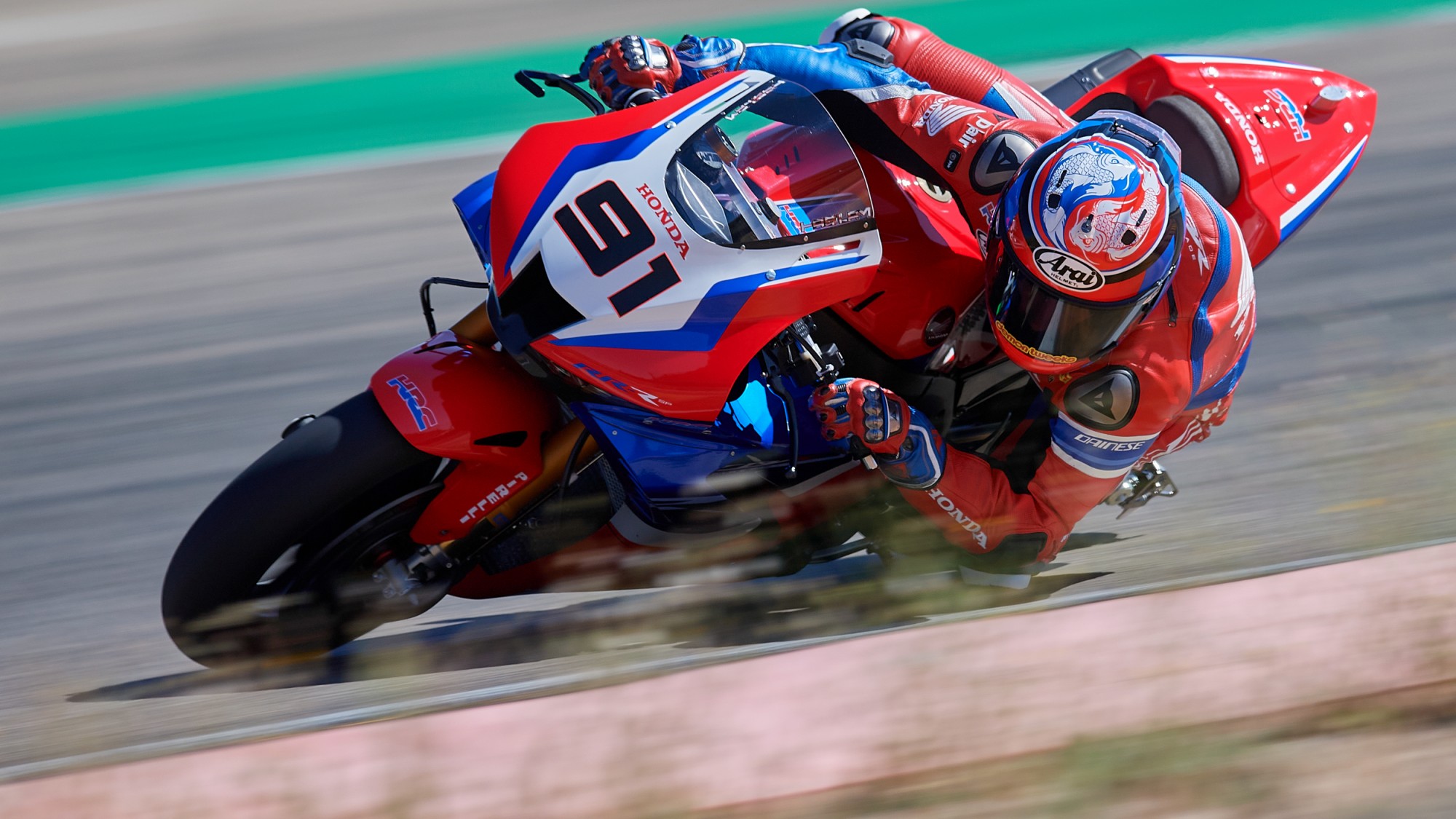 With track temperatures pushing 50 degrees Celsius during the afternoon session, it was Haslam who led the timings as he was half-a-second-quicker than teammate Bautista after posting a 1’51.441. Christophe Ponsson (Nuova M2 Racing) was third fastest on the Aprilia RSV4 1000, around a second off the pace of Haslam. It marks the team’s preparations ahead of their five wildcard appearances in WorldSBK.

Sylvain Barrier (BRIXX Performance) was fourth fastest with MIE Racing Althea Honda Team’s Takumi Takahashi fifth in the WorldSBK timings; rounding up the WorldSBK timings. All five were lapping within just over a second of each other as teams and riders gear up for racing to resume at Circuito de Jerez – Angel Nieto.

In WorldSSP300, the times were topped by Nick Kalinin (Battley-RT Motorsports by SKM-Kawasaki); the Ukrainian rider lapping 0.060s quicker than Ton Kawakami (Yamaha MS Racing). 2018 WorldSSP300 Champion Ana Carrasco (Kawasaki Provec WorldSSP300) finished the day in third place, less than a tenth off Kalinin’s pace. Carrasco completed the most laps of anyone through the day with 74.

The trio were around four tenths faster than Unai Orradre (Yamaha MS Racing) Alejandro Carrion (Smrz Racing – Willi Race) finishing the day in fifth place after completing 58 laps of MotorLand Aragon. Victor Rodriguez Nunez (2R Racing) was sixth despite. Like with WorldSBK and WorldSSP, not every rider who was scheduled to go out was registered on timing with 28 entries scheduled for WorldSSP300.

You can follow all three classes when racing resumes – including the new two-race format for WorldSSP and WorldSSP300 – with WorldSBK VideoPass!