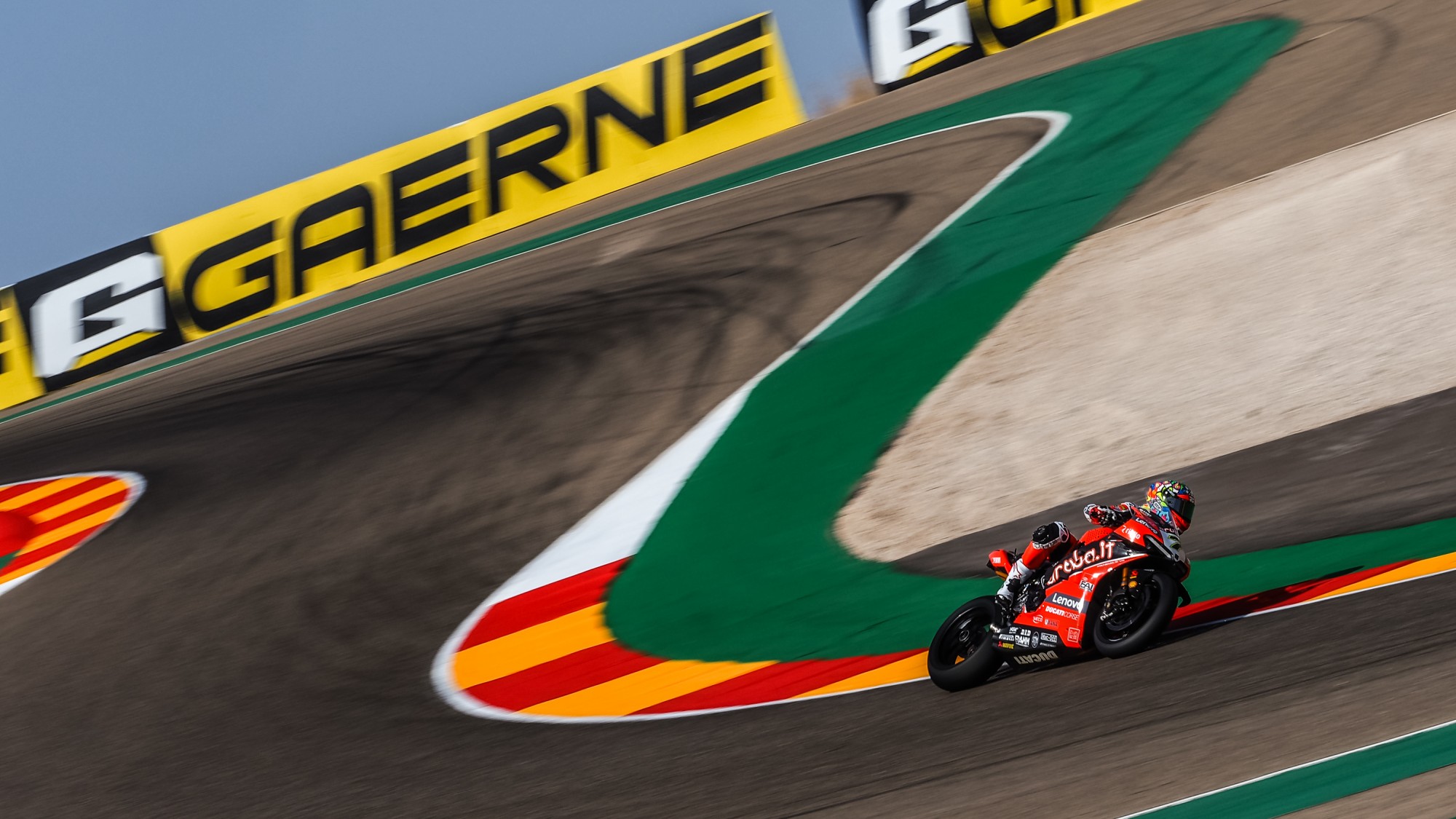 Four different manufacturers in the top five as Ducati, Kawasaki and Honda put their stamp on the Aragon Round

MOTUL FIM Superbike World Championship returned as 23 machines took to the track for the opening Free Practice 1 session for the Prosecco DOC Aragon Round with Chaz Davies (ARUBA.IT Racing – Ducati) setting the fastest time of the session by just under two tenth at MotorLand Aragon.

Davies has a sensational record at Aragon, taking seven wins so far, and started the Round in the perfect way as he looks to add to that record. His time if 1’50.543 was less than a tenth ahead of Michael Ruben Rinaldi (Team GOELEVEN) as the pair put Ducati machines 1-2 in the opening session, with reigning Champion Jonathan Rea (Kawasaki Racing Team WorldSBK) finished the session in third place; the top three separated by less than two tenths.

1'50.791 for the Italian rider who steps to the 4th position! #AragonWorldSBK pic.twitter.com/ndYr2XDp3y

Alvaro Bautista (Team HRC), who claimed three victories at MotorLand Aragon in 2019, finished the session in fourth despite a crash with around 15 minutes to go in the session; the Spanish rider going down at Turn 1 but able to remount his bike and take back to the pit lane. Bautista later had a technical issue with two minutes to go, pulling off the circuit at Turn 1. Tom Sykes (BMW Motorrad WorldSBK Team), recently confirmed at BMW for 2021, was another who had technical issues during the session, but he was able to return to the track to go fifth overall, ahead of Loris Baz (Ten Kate Racing Yamaha).

Michael van der Mark (PATA YAMAHA WorldSBK Official Team) was the fastest factory Yamaha rider, half a second off the pace, with the Dutchman just 0.03s faster than Alex Lowes (Kawasaki Racing Team WorldSBK). Leon Haslam (Team HRC) put his Honda in the top en as both finished in the top nine, while Garrett Gerloff (GRT Yamaha WorldSBK Junior Team) rounded out the top ten with a late effort to move up the order.

Either way, it was a great save from @alexlowes22 after an early FP1 moment at Turn 4!#AragonWorldSBK pic.twitter.com/QwXr5MnAYW

You can watch more action from the Prosecco DOC Aragon Round with the WorldSBK VideoPass!