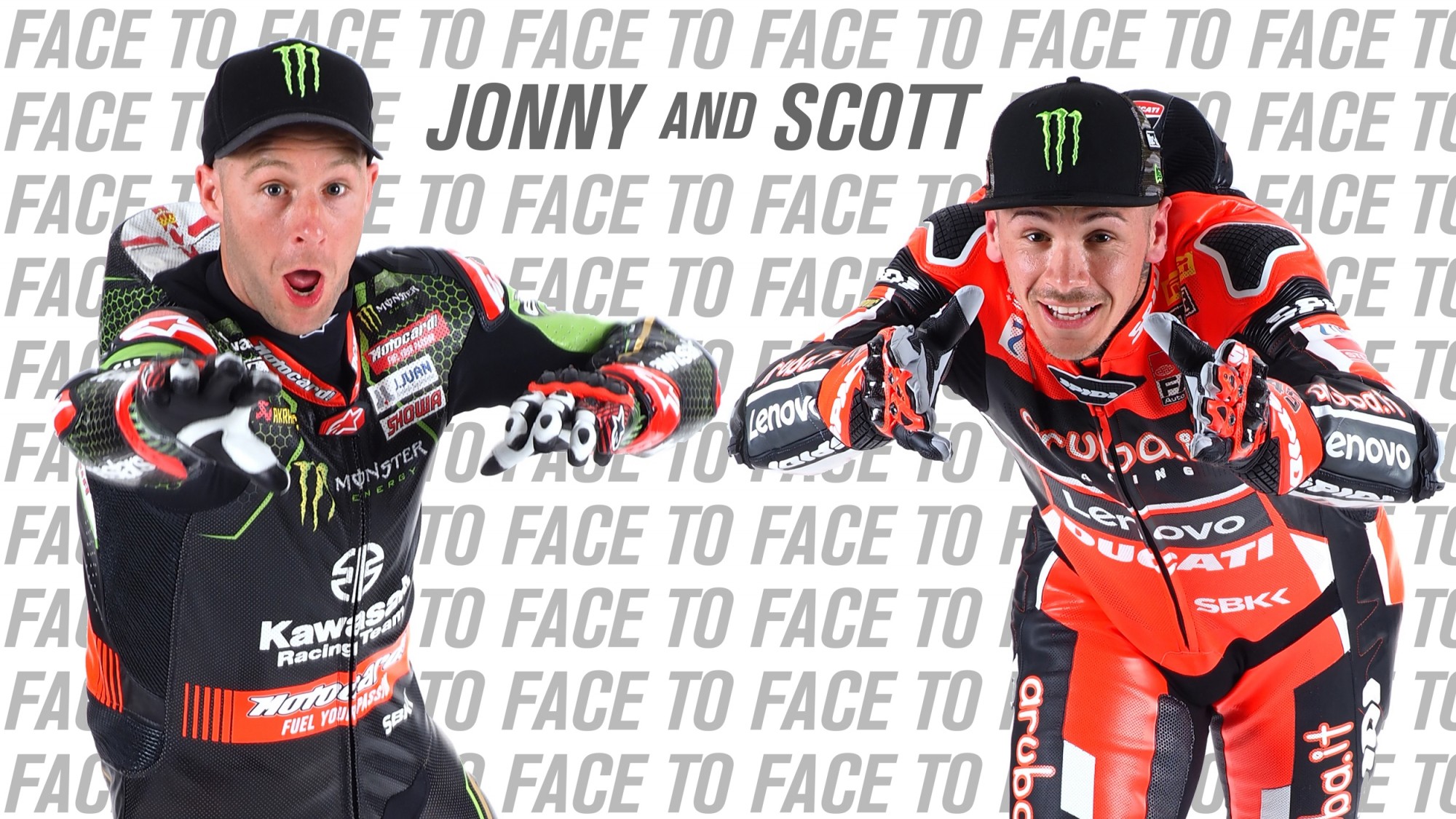 Jonathan Rea (Kawasaki Racing Team WorldSBK) and Scott Redding (ARUBA.IT Racing – Ducati) sit down to talk to each other in a four-part series for WorldSBK.com. Topics covered include their careers, wanting to see how eight-time World Champion Marc Marquez would get on when riding a Honda CBR1000RR-R Fireblade and the rivalry between Rea and Redding – plus much more!

The first part of the series includes the pair discussing the origins of their career and the rivalry between the two. Redding said: “Ex-MotoGP™ rider coming in, clash of the titans, to be honest… it’s a talking point, which is good, but it would help if we actually hated each other! It’s not just about Jonny, there’s a group of riders that will fight with each other but it’s nice to be respected on-track and off-track”.

Part two moves on to Rea and Redding talking about the ups and downs throughout their career. Rea discusses his time with Honda and how he almost moved to Ducati for 2014. Rea said: “The bike wasn’t as bad as people say. I could win on that bike at times, I won on it every single season I was there. It just wasn’t a consistent enough package. I agreed to stay the last year with Honda when I could have gone to Ducati.”

Honda talk continues into part three when the pair discuss seeing eight-time World Champion Marc Marquez on a Honda Fireblade. Rea said: “Marc’s one of the best riders on the planet. It would be interesting to see… Why doesn’t Honda put Marquez on a Superbike at the Barcelona track? It would be very easy to do.”

The final part in the video series includes the pair looking back at the season-opening weekend at Phillip Island. Redding says: “I was battling to be at the front. The pace was really slow, I knew you weren’t going but I didn’t have the experience to take a chance and go. I need to learn what you guys are doing!”

All four videos are available to watch at the top of this article!