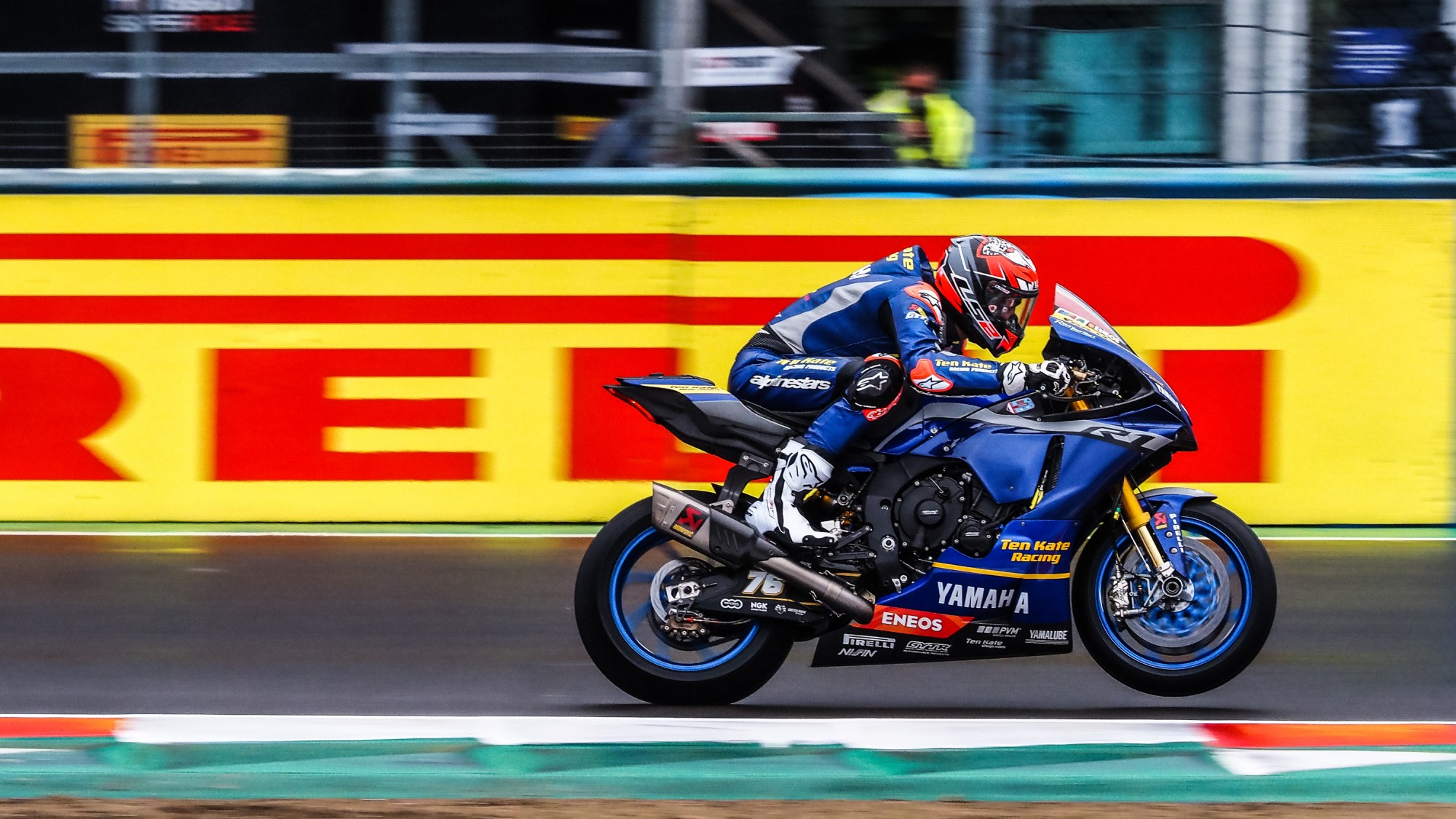 A home hero on top and the Championship leader on the floor, FP3 was crazy on Saturday morning

The 2020 MOTUL FIM Superbike World Championship continues the drama at the Pirelli French Round at the Circuit de Nevers Magny-Cours. Saturday morning welcomed the riders back out for FP3, with the track still wet but by no means as soaked as it was on Friday. Leading the way for most of the session was Loris Baz (Ten Kate Racing Yamaha) and come the end of the session, the Frenchman held on to lead the way into Tissot Superpole later on.

Loris Baz set about his business in superb manner, setting fast lap after fast lap to continue growing in confidence at home. He had a small run off at Turn 3 in the closing stages, but he did keep it upright. In second place, Alex Lowes (Kawasaki Racing Team WorldSBK) continued to chip away whilst it was Garrett Gerloff (GRT Yamaha WorldSBK Junior Team) who also shone more, having topped Friday running and was third on Saturday morning; both he and Baz were inside the top three of all the best sector times come the end of the session. Completing the top five was Leon Haslam (Team HRC) in fourth and Chaz Davies (ARUBA.IT Racing – Ducati).

Pretty good on the track, not so bad on the dirt! He can ride on any surface

The big news in the session was the Jonathan Rea (Kawasaki Racing Team WorldSBK) wasn’t able to set a lap time as when he went out in the final five minutes, he crashed on his out lap. The Ulsterman was unhurt in the accident but is definitely on the backfoot ahead of the Tissot Superpole session in less than an hour and a half.

Follow all of the drama in yet another thrilling Magny-Cours event with the WorldSBK VideoPass!