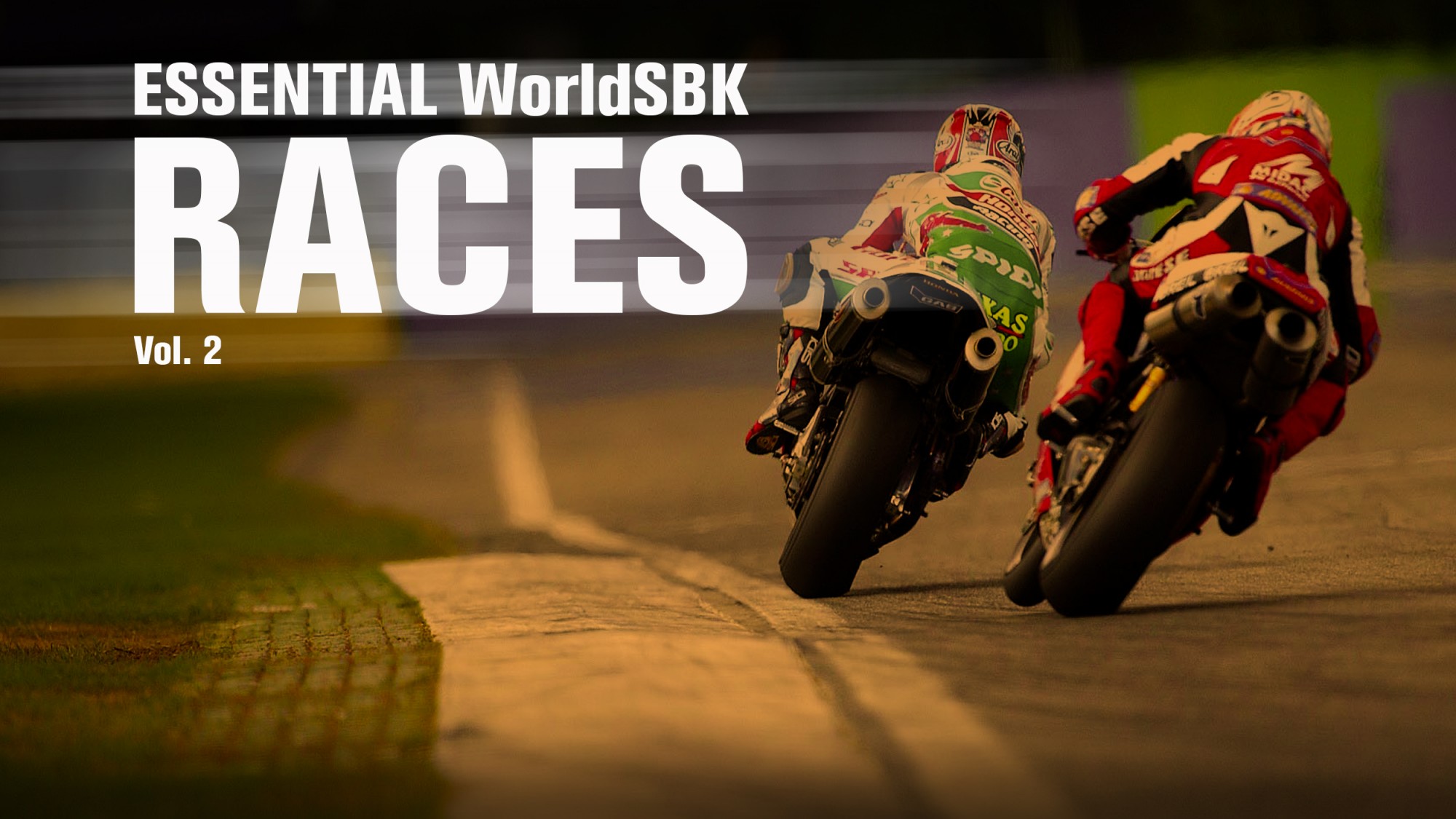 With the WorldSBK paddock enjoying a well-earned break from track action, there’s still plenty of action to enjoy from the past, whetting your appetite for the future!

Volume two of the WorldSBK essential bundle is here, after a thrilling first five races from Volume 1! Relive more classic encounters, starting with Donington Park Race 2 in 2000, with a thrilling last lap battle giving two British wildcards the top two podium places. Arguably the greatest race in WorldSBK, Imola Race 2 from 2002 sees Colin Edwards and Troy Bayliss go head-to-head for the title. However, on to 2015 and Race 2 from Phillip Island, it was a last lap showdown between Leon Haslam and Jonathan Rea.