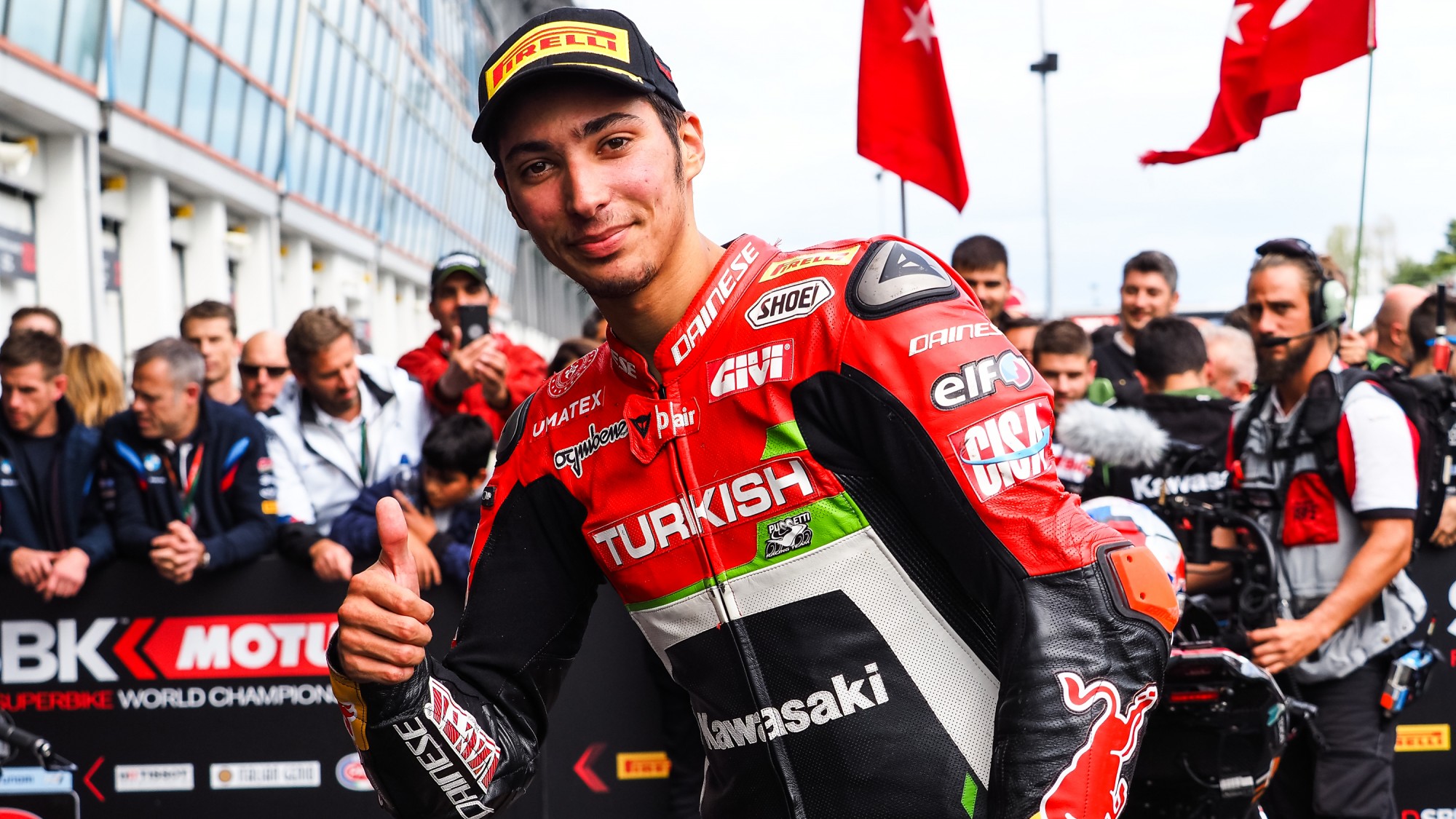 Despite a disappointing Tissot Superpole session, Toprak Razgatlioglu (Turkish Puccetti Racing) made WorldSBK history at the Pirelli French Round by becoming the first Turkish winner in the championship’s history. In doing so, he also set a new record for the most positions gained to take a maiden WorldSBK victory.

After qualifying on the sixth row, Razgatlioglu had plenty of work to do but a sensational opening lap saw him soar into contention. With one position gained thanks to Sylvain Barrier (Brixx Performance) being demoted to the back of the grid on the warm-up lap, Toprak passed eight others to end the opening lap in seventh.

Razgatlioglu’s ascent up the order continued although he was fortunate to avoid an accident on Lap 4 when Chaz Davies (ARUBA.IT Racing - Ducati) crashed out, making slight contact with the Turkish rider’s right arm. After a late crash for Michael van der Mark (Pata Yamaha WorldSBK Team), Razgatlioglu was chasing down Jonathan Rea (Kawasaki Racing Team WorldSBK) for the victory, ultimately getting the better of the world champion with four corners remaining.

“For me, it wasn’t easy because the last two laps I felt big stress”, he explained. “I thought I could get my first win and I pushed all the laps. In the last laps, I knew Jonathan was very fast in the first sector and in the other sectors I’m catching him a little. On the last lap I pushed more for the first win and I’m very happy!”

Not only has Razgatlioglu made history for a Turkish rider in the MOTUL FIM Superbike World Championship, but the 22-year-old is now firmly in the race for third overall in the championship standings, trailing Alex Lowes (Pata Yamaha WorldSBK Team) by just 11 points heading into tomorrow’s Tissot Superpole Race.

Find out if Razgatlioglu can do it again on Sunday by following all the action with the WorldSBK VideoPass!