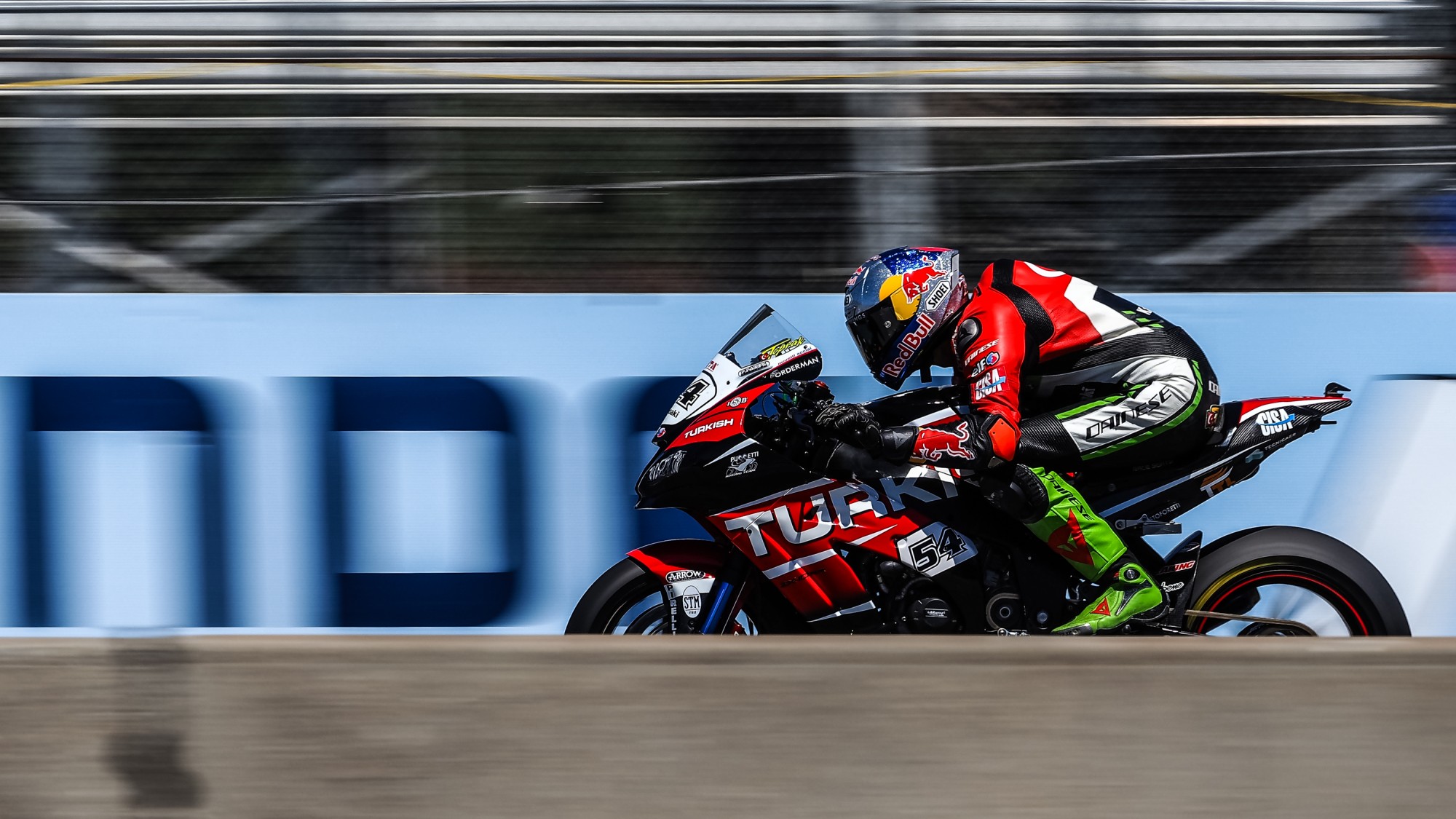 History made for Turkey as Toprak Razgatlioglu becomes the first Turkish rider to achieve three consecutive podiums in World Superbike!

Toprak Razgatlioglu’s (Turkish Puccetti Racing) rich vein of form continues to sparkle, this time in the Californian sunshine. The Turkish rider put in a strong performance to capitalise on yet another error from Alvaro Bautista (ARUBA.IT Racing – Ducati), on his way to a third consecutive podium in the 2019 MOTUL FIM Superbike World Championship.

Starting from a joint-best starting position of seventh in the USA, Razgatlioglu climbed up to fourth by the end of Lap 1, before being promoted to the podium positions when Bautista crashed on Lap 5 at Turn 5.

Strong lap times and being able to see-off a mid-race challenge from Tom Sykes (BMW Motorrad WorldSBK Team), the 22-year-old secured yet another top result for his Turkish Puccetti Racing team.

Speaking ahead of the race, Razgatlioglu commended his team’s work on set-up: “Before the race, we made some changes to the bike set-up, because I wasn’t happy with the feeling or the result achieved in Tissot Superpole. In practice, we worked out which tyre to use for the race and I knew I could maintain good pace.

Talking about the race itself, he continued, saying: “I’m really pleased! Last year, I suffered a big crash but this year, I am on the podium again. However, the race was not easy as there was lots of sliding; I tried to follow the leaders but today, it was not possible. Tomorrow, I am hoping for another strong day. In the Tissot Superpole Race, I am always strong, but we will have to wait and see until tomorrow.”

Continuing to fly the Turkish flag high and proud in WorldSBK, Razgatlioglu now moves to within 18 points of Leon Haslam (Kawasaki Racing Team WorldSBK), after the British rider crashed at the Corkscrew on Lap 4.

Watch Razgatlioglu in action at the Geico U.S. Round with the WorldSBK VideoPass!