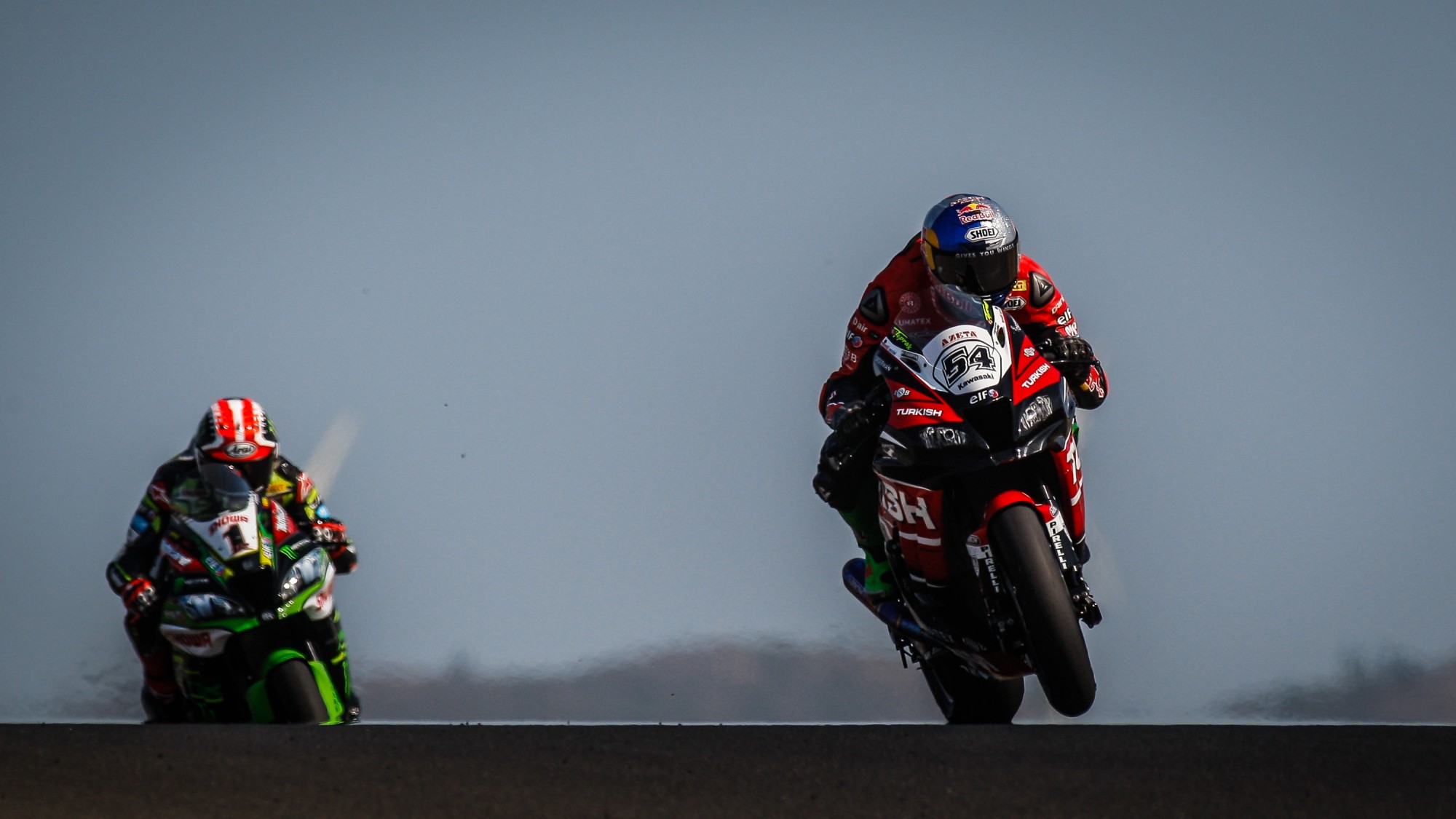 22-year-old Toprak Razgatlioglu is a force to be reckoned with this weekend, coming out the blocks fighting to be less than two tenths from the top!

Positivity continued to emit from the Turkish Puccetti Racing garage as Toprak Razgatlioglu was a solid fourth after the opening day Portimao action. The Acerbis Portuguese Round welcomes Razgatlioglu back into racing action and the Turkish star has already announced himself as one to watch this weekend. Fourth in FP1 and fourth in FP2, consistency is key for the 22-year-old Turkish rider, who continues to set his and Turkey’s sights on a first win in WorldSBK.

Momentarily leading both sessions before being shuffled back, Razgatlioglu was certainly pushing hard, after a big moment coming through Turn 9 during FP1. Unphased by pushing the boundaries, Razgatlioglu ramped up the pace further to finish just 0.183s behind fellow Kawasaki rider Jonathan Rea (Kawasaki Racing Team WorldSBK) at the top of the standings. Will Razgatlioglu’s quest for his first win in World Superbike end this weekend?

“This morning I felt good. The front was sliding a bit in the hot conditions, which stopped me from going for a 1’41. In the second session, we did our best lap for those conditions, but I am not happy, as there was too much sliding. I will to do better tomorrow and with no crash and a fourth position, I am happy.”

Very much in the battle for third in the championship, the former European Superstock 600 champion has been a race leader in 2019, with an unforgettable battle with Jonathan Rea on the final lap at Misano back in June. Leading a race once again at Donington Park, Razgatlioglu has, in recent rounds, been outshining Leon Haslam, who is just ahead of him in the standings.

Will Razgatlioglu deliver his and Turkey’s first WorldSBK victory? Find out from the Acerbis Portuguese Round with the WorldSBK VideoPass!