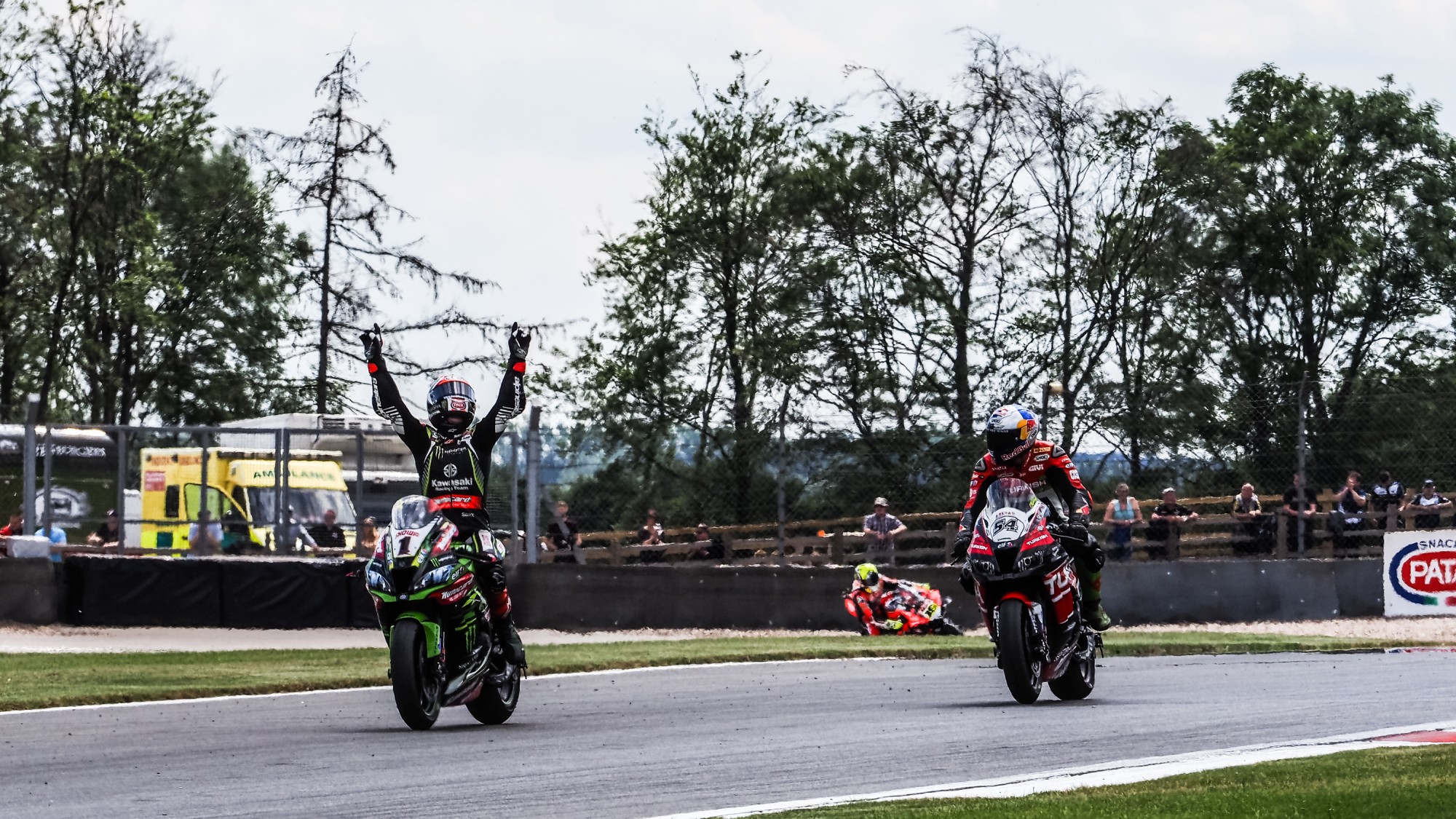 What’s the difference between Jonathan Rea and Alvaro Bautista? WorldSBK commentator Steve English dives into the strengths of both WorldSBK titans.

What is strength? Is it the ability to perform the task at hand or is the ability to withstand a force being exerted? Is it all of the above? The 2019 WorldSBK season would certainly offer an interesting case study.

Alvaro Bautista (ARUBA.IT Racing – Ducati) started the season as the irresistible force with eleven wins in a row to open his World Superbike account. It looked for all intents and purposes that the season was heading the Spaniard’s way, but Jonathan Rea (Kawasaki Racing Team WorldSBK) took on the role of the immovable object. At Imola, Jerez, Misano and Donington Park, he started to chip away at his rival. He edged closer and closer by being in the right place at the right time, to take advantage of Bautista’s mistakes in recent rounds.

Which rider is stronger? When Bautista held a 61-point lead it was definitely the Spaniard. However, three crashes have tipped the scales in Rea’s favour by 24 points and suddenly, the Northern Irishman has the momentum. Maybe in 2019, the law of conservation could be applied to WorldSBK.

When all things are equal, the Ducati is still the bike to beat but after eight rounds, a picture has started to develop about the newest bike on the grid. Undulations and changes of direction aren’t the strength of the MotoGP™ derived bike. It gains its lap-time on the straights and the exit of corners. A linear delivery of power gives confidence for riders to open the gas on the exit of a corner and with a significant advantage the Ducati can find time on any straight.

Being able to get to those straights can be problematic though. In contrast, having a chassis that turns and changes direction is the strength of the Kawasaki. It’s a case of swings and roundabouts with both leading bikes. Their lap time can be very similar but over a race distance the top speed advantage has given Bautista an extra gear more often than not.

Fourteen race wins to seven shows that when the bike works, Bautista can get more from it. Unfortunately for him, only three of those have arrived since Rea started winning. The four-time World Superbike champion has stood on the podium more often than his rival because he has found an ability to settle for the best result possible, rather than pushing for more points.

Can the same be said for Bautista? Not on the basis of his three crashes, of which all came from pushing too hard. Experience can be key at this level and Rea has the experience of his bike, team and tyres whereas Bautista is learning everything on the fly. In a tight title fight, that can make all the difference – and is proving to do so, especially after Donington Park.

Which is stronger? That remains to be seen but both have very different strengths. Rea is going to continue his role as the immovable object throughout the season. Now we need to see if Bautista can return to his role as the irresistible force. It’ll happen at some point but don’t count on it happening at Laguna Seca, where – once again – Rea will feel that he has the package underneath him to extend his championship advantage.

Watch the twists and turns of the championship take on the rollercoaster of Laguna Seca with the WorldSBK VideoPass!