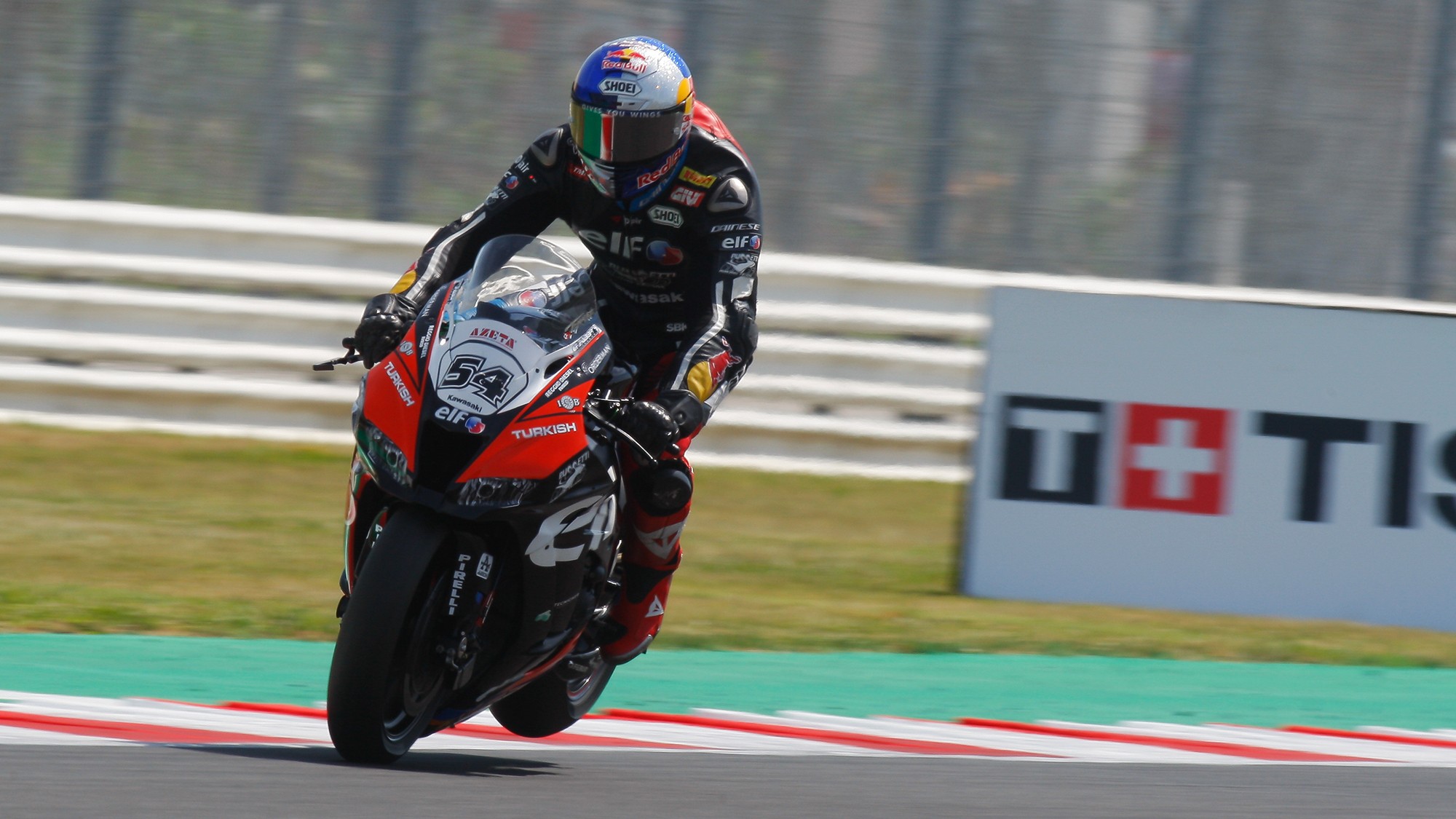 There’s been plenty of cheers and celebrations with Razgatlioglu and Turkish Puccetti Racing in 2019, but can the Turk clinch a win this weekend coming?

Podiums in recent rounds have seen Toprak Razgatlioglu (Turkish Puccetti Racing) surge into the battle for third overall in the standings and whilst the Turkish rider may be only in his second year of racing in WorldSBK, the 22-year-old heads to Portimao with confidence. Having raced at the track in 2018 and garnered an eighth place and a DNF, what lies ahead for the Turkish star in 2019?

Seven podiums construct what has been a sensationally strong campaign from the leading Independent rider, with four of those coming in the last five races. Combined with two fastest laps, two races led and one last lap battle with reigning four-time WorldSBK champion Jonathan Rea (Kawasaki Racing Team WorldSBK), Razgatlioglu’s prominence at the front of the WorldSBK field has been growing since Imola. Coupled with traditionally poor Tissot Superpole results, it makes his race results even more remarkable and one to watch during the races themselves.

“Portimao is one of my favourite tracks. I won the FIM European Superstock 1000 race here in 2017, while last year I was unable to find the right set-up for my Kawasaki and didn’t score the desired results,” said the Turkish rider, sixth overall in the championship.

Razgatlioglu’s appearance in Race 1 will be the 75th for Turkey in WorldSBK, with the majority coming from himself. A podium at the Algarve International Circuit will be his tenth of his WorldSBK career too, the first Turkish rider to achieve this.

Continuing to talk about the weekend in prospect, Toprak stated: “Less than two weeks ago, we carried out two days of testing at this very track and results were very positive, especially because we found a competitive setting from which to start and work to optimise during the practices. I would love to achieve my first Superbike win too, also to celebrate the ten years of collaboration between team Puccetti and the Emergency humanitarian organisation in the best possible way.”

Watch the Acerbis Portuguese Round with the WorldSBK VideoPass!