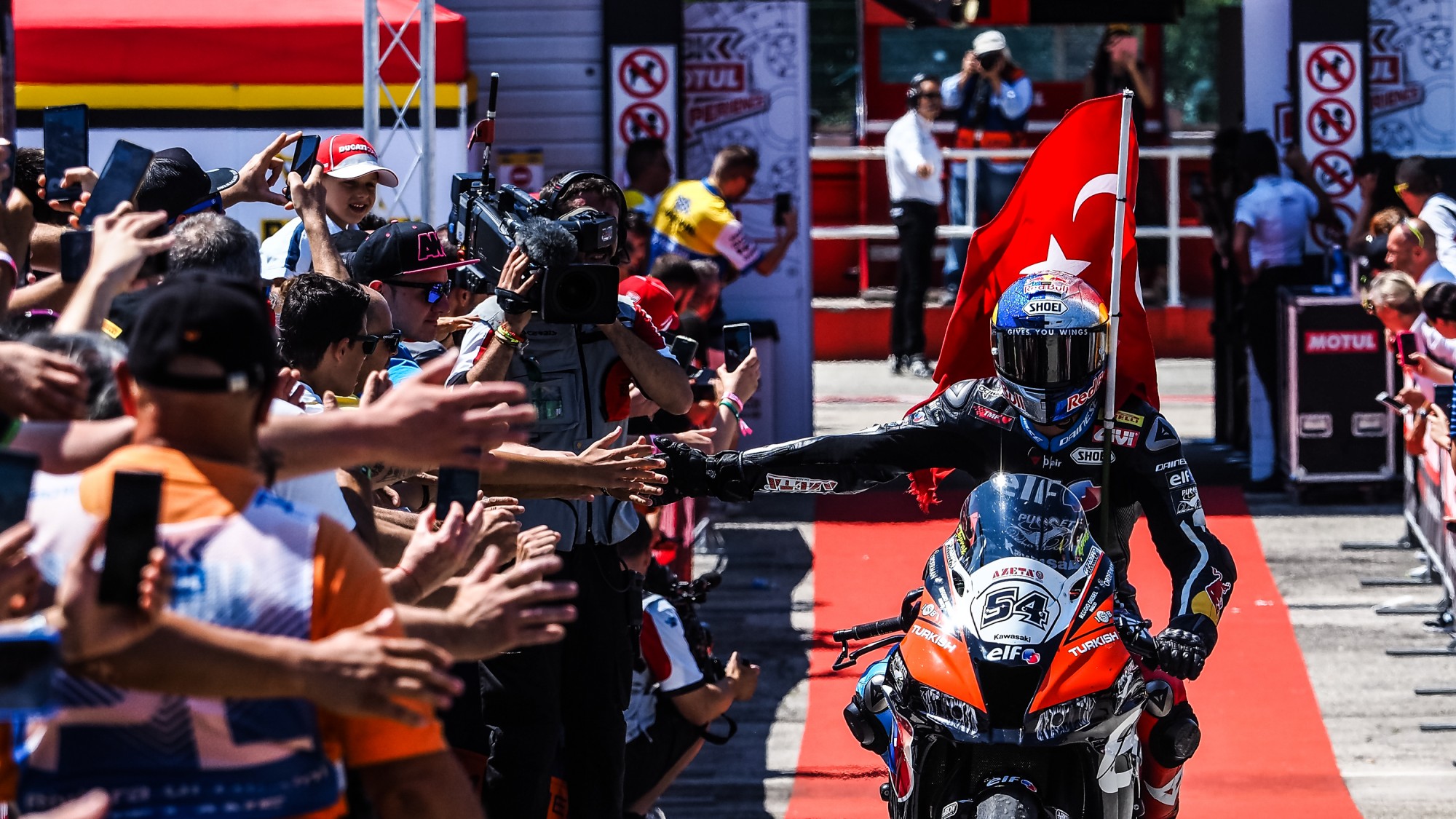 Having been a race leader for the first time, an emotional Toprak Razgatlioglu vows not to give up on his quest for a career first WorldSBK win!

So close to his first win in WorldSBK, Toprak Razgatlioglu (Turkish Puccetti Racing) sparkled in the Misano sun to take the fight to Jonathan Rea right to the end of the race. The Turkish rider, who was made huge strides forward in recent rounds, was back on the podium for a fifth time in his WorldSBK career, having led for the majority of Race 2.

A crash early on from Alvaro Bautista (ARUBA.IT Racing – Ducati) meant it was an all Kawasaki affair at the front, with Kawasaki Racing Team WorldSBK riders Leon Haslam and Jonathan Rea in first and second, whilst Razgatlioglu was third after an aggressive start. Then, Razgatlioglu got ahead of both of them, pulling out a lead before being caught and passed with four laps to go by Jonathan Rea. But in true Razgatlioglu fashion, he never once gave in and passed Rea on the inside at Turn 8, only for the reigning four-time WorldSBK Champion to fight back immediately. At the line, Razgatlioglu was second but a first victory doesn’t seem too far away!

Speaking after the race, Toprak spoke about his phenomenal Race 2 performance: “I am really happy today because it is my best race. On the last lap, I try one time to pass Jonathan, but it is not easy because the bike was jumping around with hard braking. I pushed on every lap to try and have a big gap, so I am really happy for this. I will try again at Donington Park for the podium, but we will see!”

Razgatlioglu made the headlines across the weekend, having had a strong Tissot Superpole Race to finish fourth, despite suffering an enormous accident on Saturday afternoon in the wet opening WorldSBK race. The 22-year-old Turk will now head to Donington Park, where he will continue his quest to become the first Turkish rider in WorldSBK’s 32-season history to win a race.

“I will try for the podium at Donington Park,” continued Toprak. “Maybe it will be first, second or third, but I will try! In the race, if I have a good feeling, maybe I can be the winner! I need to win once this season; it is my dream!”

Can Toprak conquer Donington Park? Find out with the WorldSBK VideoPass!