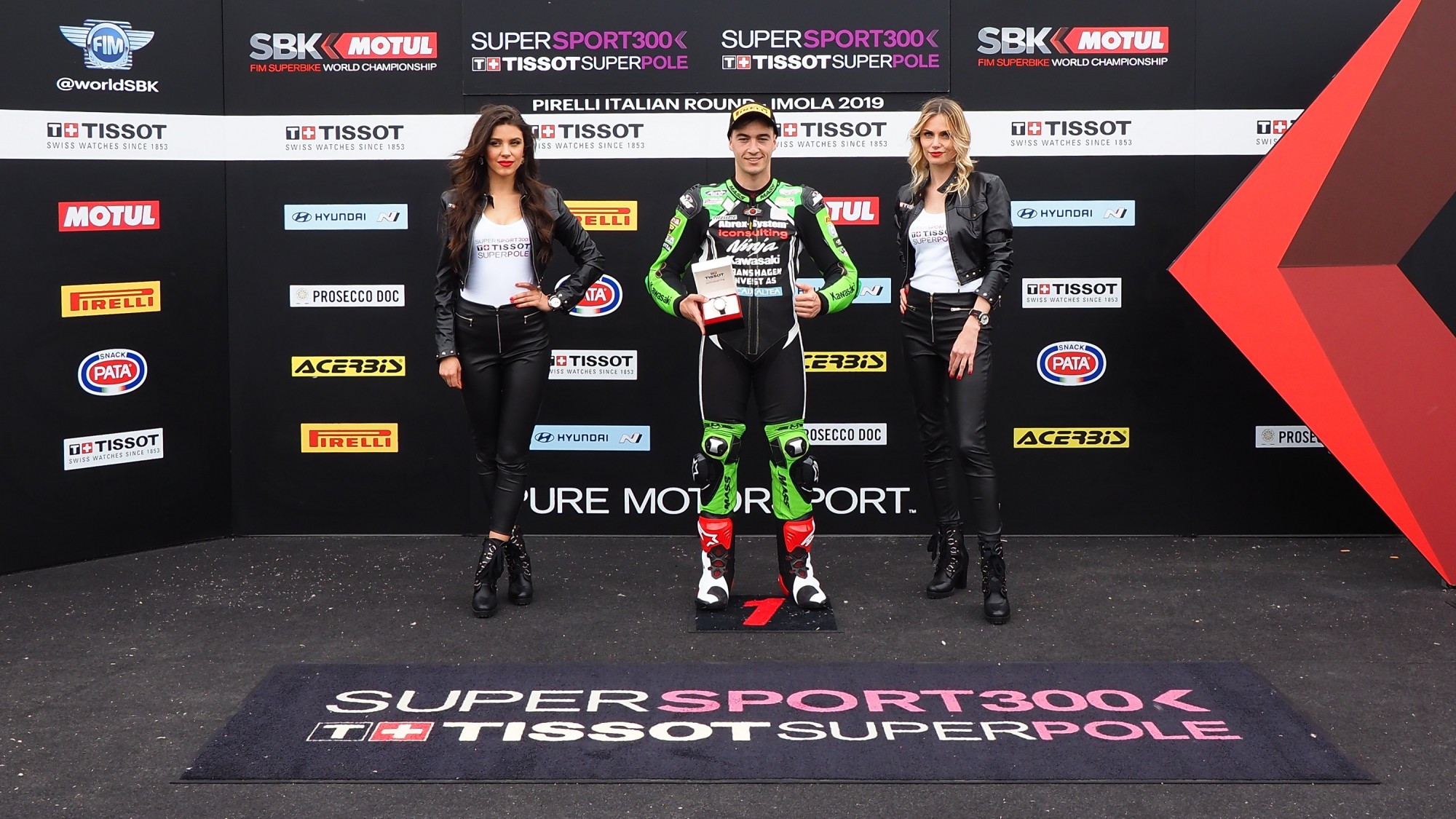 2018 WorldSSP300 runner-up ahead of De Cancellis and Carrasco at Imola!

In the usual frantic and chaotic manner, WorldSSP300 took to the famed Imola layout for their Tissot Superpole sessions. On pole position, it was Group A rider Mika Perez (Scuderia Maranga Racing), who slotted in a tidy time to take his fifth career pole, the most of anyone in the WorldSSP300 class.

With Spaniard Mika Perez came pace and intelligence, giving himself valuable track time, not only in the racing pack but also on his own, gaining experience and knowledge in both scenarios. However, the 2018 WorldSSP300 runner-up suffered a crash at Turn 6 but was up and OK. Joining him on the front row is French rider Hugo De Cancellis (Team Trasimeno Yamaha) and reigning WorldSSP300 champion and 2018 Imola winner, Ana Carrasco (Kawasaki Provec WorldSSP300).

Watch all of the action on Sunday with the WorldSBK VideoPass! 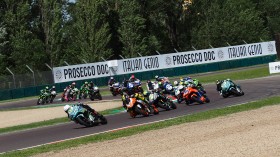 Spanish rider made it count with Konig and South African pairing Loureiro and Iozzo close behind! 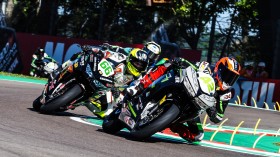 2017 champion is back to his best ahead of championship contenders at Pirelli Italian Round!