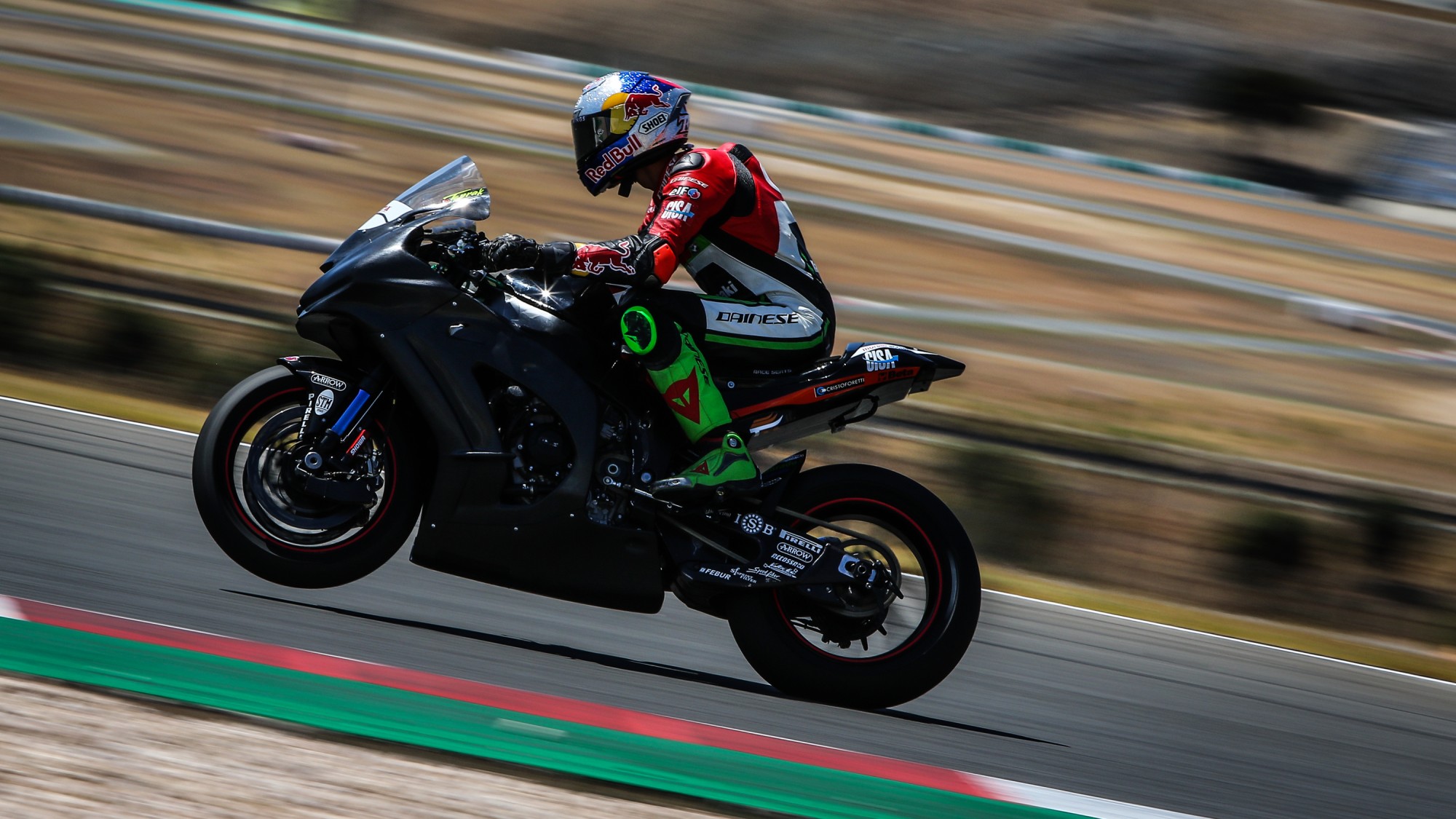 With nine podiums taken already this year, Toprak Razgatlioglu (Turkish Puccetti Racing) has become one of the riders to keep an eye on for 2019. The 22-year-old Turkish rider made quick progress throughout the season and many times we saw him going head-to-head with reigning World Champion Jonathan Rea (Kawasaki Racing Team WorldSBK) this year.

Once again, it was a matter between the two Kawasaki riders even during the first day of official WorldSBK Test in Portimao as Razgatlioglu and Rea finished first and second at the end of Day 1. This time it was the Turkish rider to prevail on the Northern Irishman as he was able to set the fastest lap time just 0.159 s quicker than Rea.

Most of the riders focused on preparing their bikes for the upcoming WorldSBK round that will take place at the same race venue in Portugal the next 6th-8th September, and that it will be a good chance for the Turkish rider to try and get his first long awaited WorldSBK win.

With still four hours of track time available tomorrow, Toprak will continue to work on his bike setup but also on some new qualifying strategies, as he finds that the Tissot Superpole is still his weak point in a race weekend: “I am really happy. I had better feelings with the bike today compared to the test we had here in January. I was struggling to turn the bike then, while now I don’t have those problems anymore. Today I did an incredible lap time, but tomorrow we will be working mainly with qualifying tyres. I am still struggling with them during the race weekend, so we will try different setups and strategies to improve for the rest of the season”.

Will Razgatlioglu be able to get the most from his second day of testing in Portimao? Find it out by following Day 2 of Official WorldSBK Testing with the WorldSBK VideoPass.