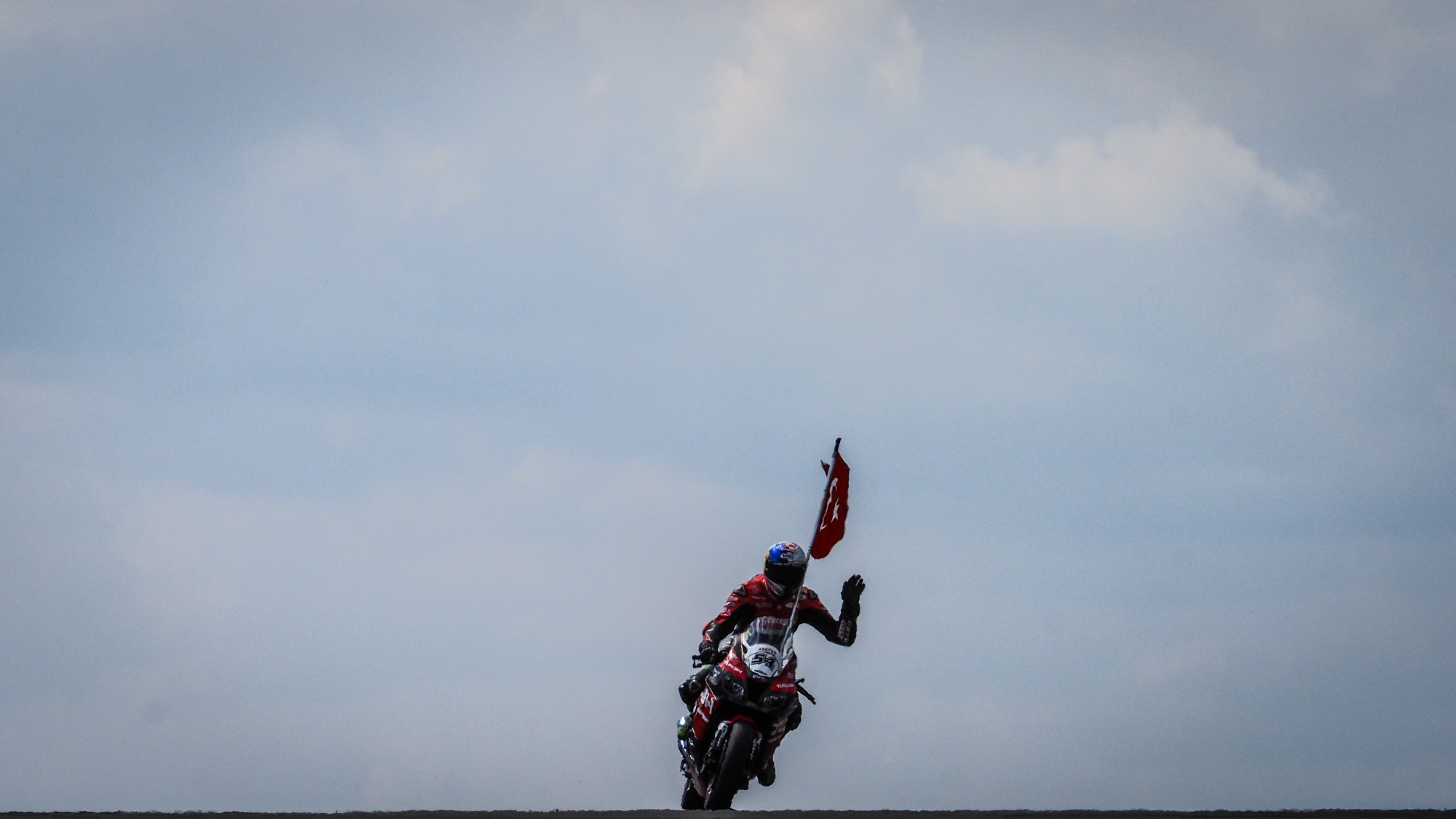 More Turkish Delight was on the horizon as Razgatlioglu mounted the podium twice at Donington Park!

With yet more podiums in 2019, Toprak Razgatlioglu (Turkish Puccetti Racing) has made an emphatic mark on the WorldSBK championship. The 22-year-old Turkish rider made great progress through the order and was a race leader for the second consecutive weekend, before finishing second once again to Jonathan Rea (Kawasaki Racing Team WorldSBK).

Having visibly grown in stature since WorldSBK returned to Europe, Razgatlioglu has been something of a revelation in the past few rounds. In Race 2 today, the popular protégé of Kenan Sofuoglu hit the front on Lap 3 at Turn 11, with the corner soon to be a hotspot for multiple passes throughout the remainder of the race. Despite giving his best shot at achieving a first WorldSBK win at the track where he achieved a first WorldSBK podium last year, Razgatlioglu consolidated his sixth place in the championship.

Review yet another positive weekend, Razgatlioglu stated: “Yesterday, in the rainy conditions, we did not do very good. We tried our set-up from Misano and I didn’t like it. The Tissot Superpole Race today was good, but not perfect. I then wait for the second race, where I got a good start. I followed Jonny and after I passed him on Lap 3, we have a little fight, but he is very strong. In the last two laps, I tried to pass but it was not possible.”

Looking ahead to Laguna Seca, Razgatlioglu will be eager to put the bad memories of 2018 behind, when he suffered an enormous accident at the Corkscrew. Will the Turkish rider take more podiums in the heat of California and the action-packed WeatherTech Raceway Laguna Seca?

“I am very happy again, especially with two more podiums,” he continued. “We will see how we go in the USA. At Donington Park, I am very strong, as in 2018 I took my first podium. At Laguna Seca last year, I had a big crash, so hopefully, we will not do the same in this year.”

Watch the Geico US Round and all the action that will follow with the WorldSBK VideoPass!