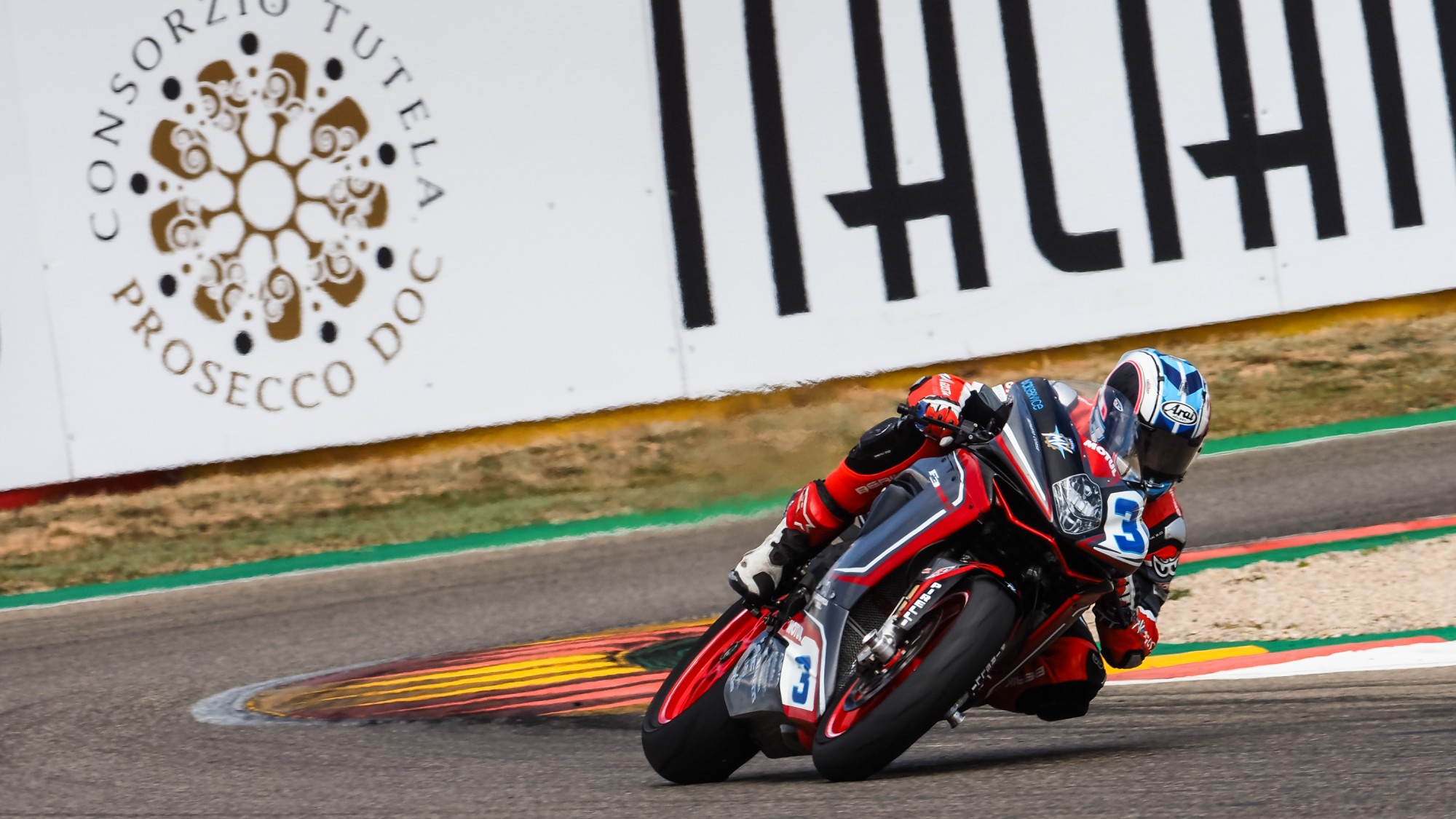 Rain in Spain sees FP2 being somewhat academic, meaning results from a dry FP1 indicate the form of WorldSSP riders at MotorLand Aragon!

The World Supersport championship was the final class to take to the track at MotorLand Aragon for the Motocard Aragon Round of the season. Unfortunately, the heavens opened at the end of the WorldSBK FP2, so the track was wet for the WorldSSP riders. With no improvement in the times, our best understanding of who has the pace going into the weekend comes from the morning session.

Raffaele De Rosa (MV AGUSTA Reparto Corse) topped the timesheets and beat a pack of Yamahas behind him. With 16 laps set, De Rosa will be hopeful of the track time in the morning helping him improve the settings of his machine. Behind him, championship leader, Jules Cluzel (GMT94 YAMAHA). The Frenchman is hoping of extending his advantage over the field, after winning the WorldSSP race in Thailand. Completing the top three, Austrian rider Thomas Gradinger (Kallio Racing), who continues his quest to become the first ever Austrian on the WorldSSP podium.

Outside of the top three, it was Federico Caricasulo (BARDAHL Evan Bros. WorldSSP Team). The Italian rider was 0.416s from the top spot, whilst he had close company with Hikari Okubo (Kawasaki Puccetti Racing) just 0.054s behind. Joint championship leader Randy Krummenacher was somewhat off the pace in FP1, down in sixth position and more than half-a-second from the leading MV Agusta F3 675 of Raffaele De Rose.

Seventh was held by Isaac Viñales (Kallio Racing) who was top Spanish rider at the close of day one of WorldSSP action. 2017 WorldSSP champion Lucas Mahias (Kawasaki Puccetti Racing) was eighth and a second off of the pace set by De Rosa. Ninth position belonged to Corentin Perolari (GMT94 YAMAHA), as the Frenchman continued to progress through the session. The top ten was completed by Dutch rider, Rob Hartog (Team Hartog – Against Cancer), however he will not be competing for the rest of the weekend because of an injury that had only being detected at Aragon, despite occurring at Phillip Island.

The top three at the end of the wet FP2 session were Lucas Mahias, ahead of Randy Krummenacher and Ayrton Badovini (Team Pedercini Racing). Despite times being way down, it remains important to gather data, as wet practice may become useful should the weather take a turn for the worst on Sunday race-day.

With the Europe Supersport Cup returning at the MotorLand Aragon circuit, it was Xavier Navand (DK MOTORSPORT) who was top in that category. The 19-year-old Frenchman was just 2.7s off of the top spot in an impressive debut.

Follow the WorldSSP action through the weekend with the WorldSBK VideoPass! 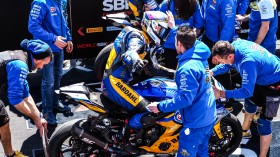 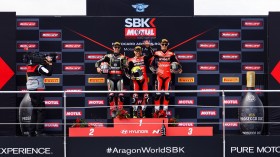 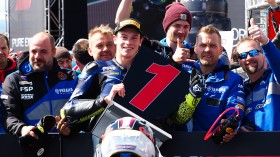