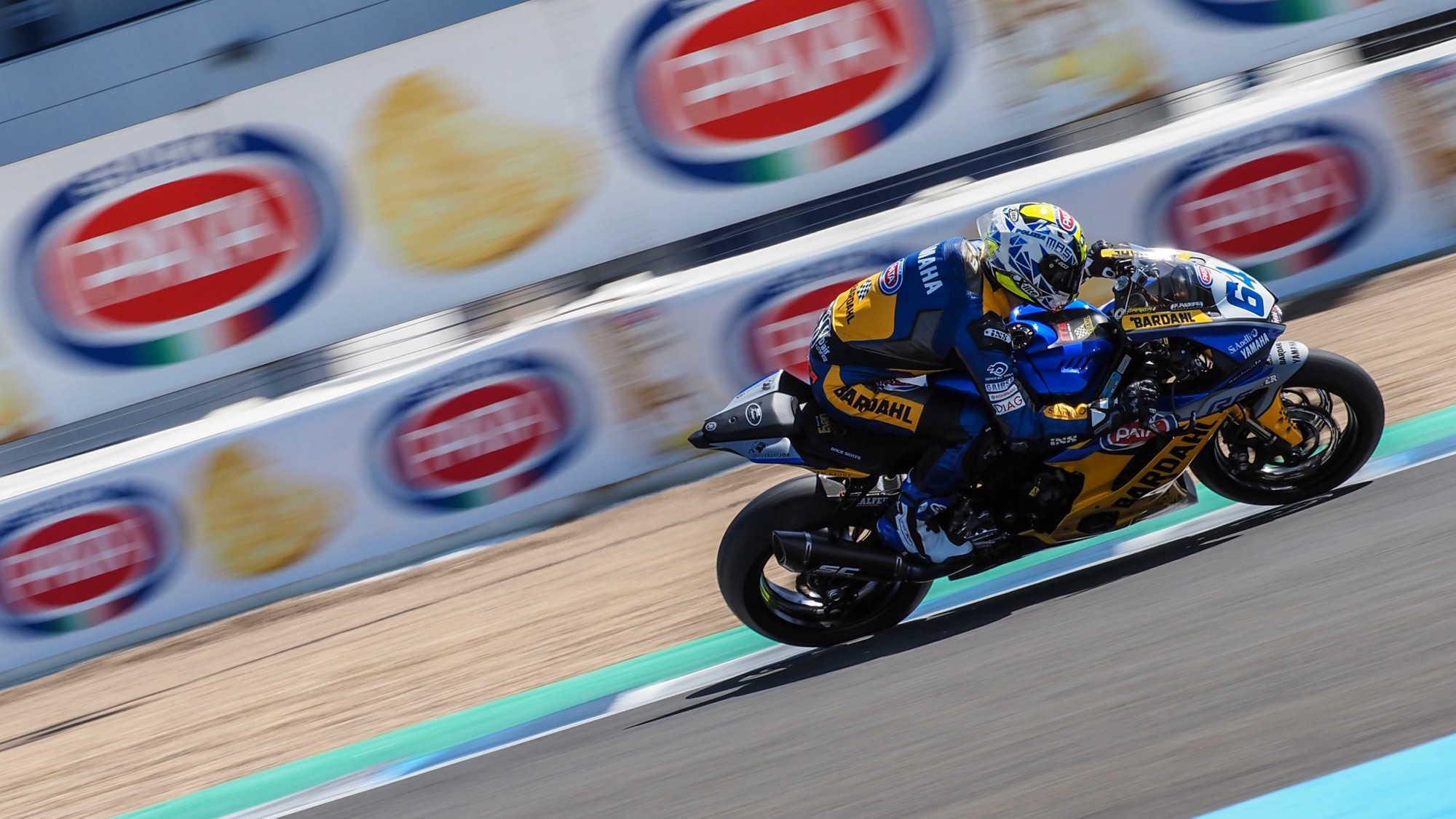 The Italian rider took his second victory of the year to make the WorldSSP championship pendulum swing back in his favour!

After the disappointment of losing out on a win due to a technical issue at home in Imola on the final lap, Federico Caricasulo (BARDAHL Evan Bros. WorldSSP Team) struck back at the Circuito de Jerez – Angel Nieto for his second WorldSSP win of the season. A calculated race saw the Italian take the lead throughout the 19-lap encounter before putting the hammer down in the closing stages to break clear of the fight that raged behind.

Caricasulo had strong race-winning pace all weekend, as the Yamaha rider set about putting teammate Randy Krummenacher under pressure in the championship race. Saturday left a bitter-sweet taste with the 23-year-old, as he was penalised for not acknowledging yellow flags, thus having his fastest lap removed, knocking him from pole position and leaving him behind his teammate on the grid. However, Caricasulo overcame the challenge and edged closer to the lead of the championship.

Speaking after the race, a delighted Caricasulo said: “Jerez is one of my favourite tracks, although this year, I feel good at all of the tracks. For Sunday, I am happy because we did a very good job and we had the strategy. I tried to put someone in between myself and Randy in the last part of the race but it wasn’t easy because he was very fast too!”

Caricasulo won at Jerez on WorldSSP’s last visit to the circuit in 2017, beating Jules Cluzel by just 0.065s. This time, it was a far more comfortable win for the Italian, who set a scorching pace at the end of the race for back-to-back fastest laps in the final two laps – consequently becoming the new lap record holder.

Caricasulo continued, talking about his home round coming up, saying: “The gap is coming down and every weekend, I have to take some points from Randy. The problem is that he wins or takes second, so I have to win a lot of races to take points from him. I think Misano is one track where I can do it again, every race, we are going a little bit faster and this is perfect.”

With his latest win, Caricasulo has taken the lead in the championship that Krummenacher has back down to 17 points, heading to a circuit where Caricasulo won at last season, whilst his Swiss teammate could only manage fifth.

Will the pendulum swing once more in World Supersport? Find out at the Pata Riviera di Rimini Round with the WorldSBK VideoPass!