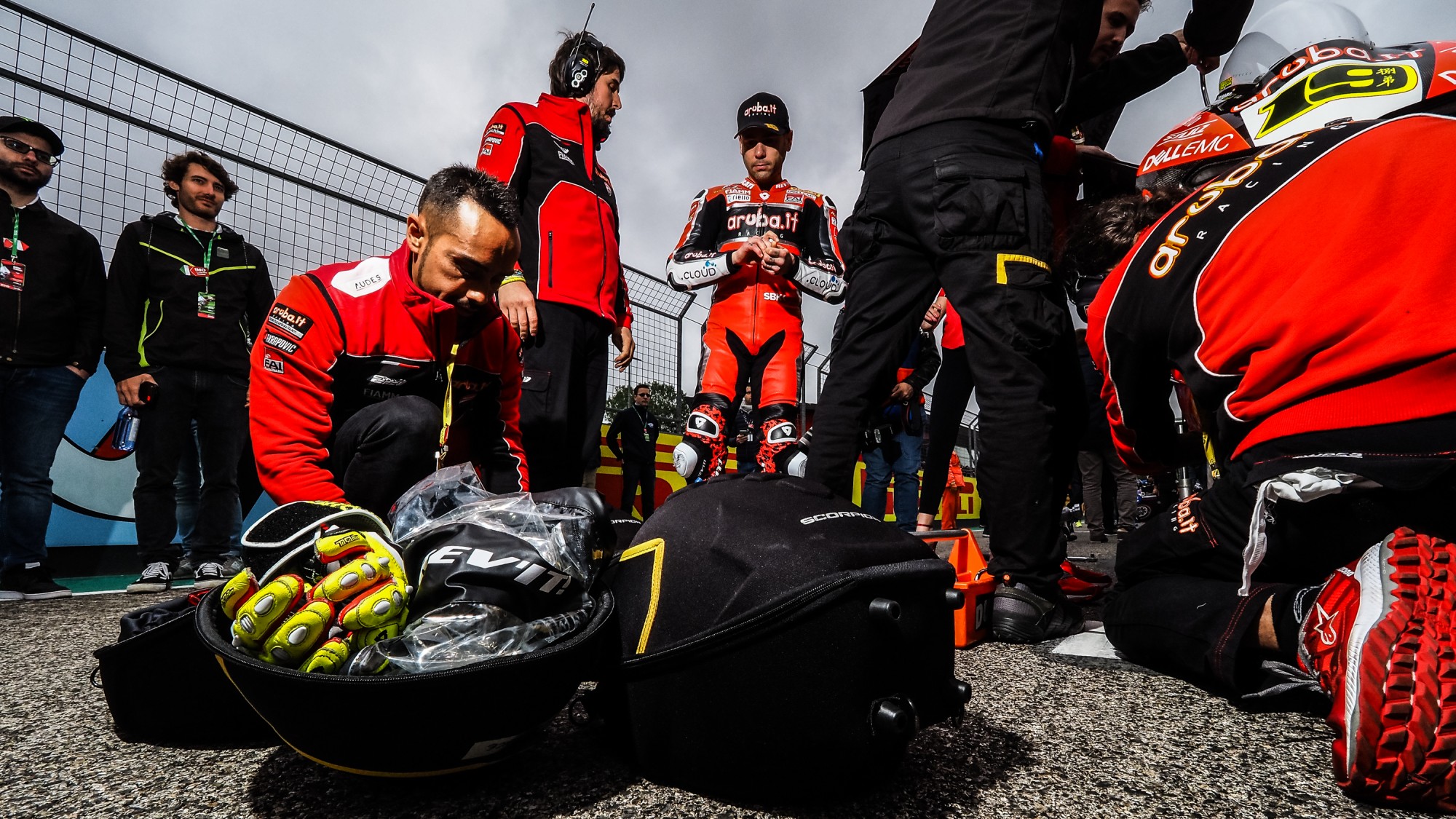 Championship leader says Ducati fans made for ‘one of the best weekends of his career’ in Italy!

Having lost his winning streak on Saturday, Alvaro Bautista at least continued his podium run in to Sunday, with a fine third place in the Tissot Superpole Race. The Spaniard, who had never raced at the Imola circuit before, was racing in front of a massive Italian crowd, all out to witness a Ducati win.

Unfortunately, Ducati failed to win at Imola, but the Spanish rider’s double podium meant that he did not lose too many points to main championship rival, Jonathan Rea (Kawasaki Racing Team WorldSBK). The Rookie, who had to battle with teammate Chaz Davies for the first time all season in the Tissot Superpole Race, enjoyed the atmosphere at the Imola circuit debut, whilst maintaining his disappointment for the fans.

“The weather was not perfect, and the track conditions were very dangerous. I think for the safety of the rider, it is better to cancel the race. I am sorry for all of the fans because we know that here, there is a lot of support for WorldSBK and we are disappointed for them. To have the support of all the Ducatisti is incredible and for me, it has been one of my best weekends of all my career, because I feel the support of all of them.”

Will Ducati be back at the front at Jerez and can Alvaro Bautista return to winning ways? Find out with the WorldSBK VideoPass!