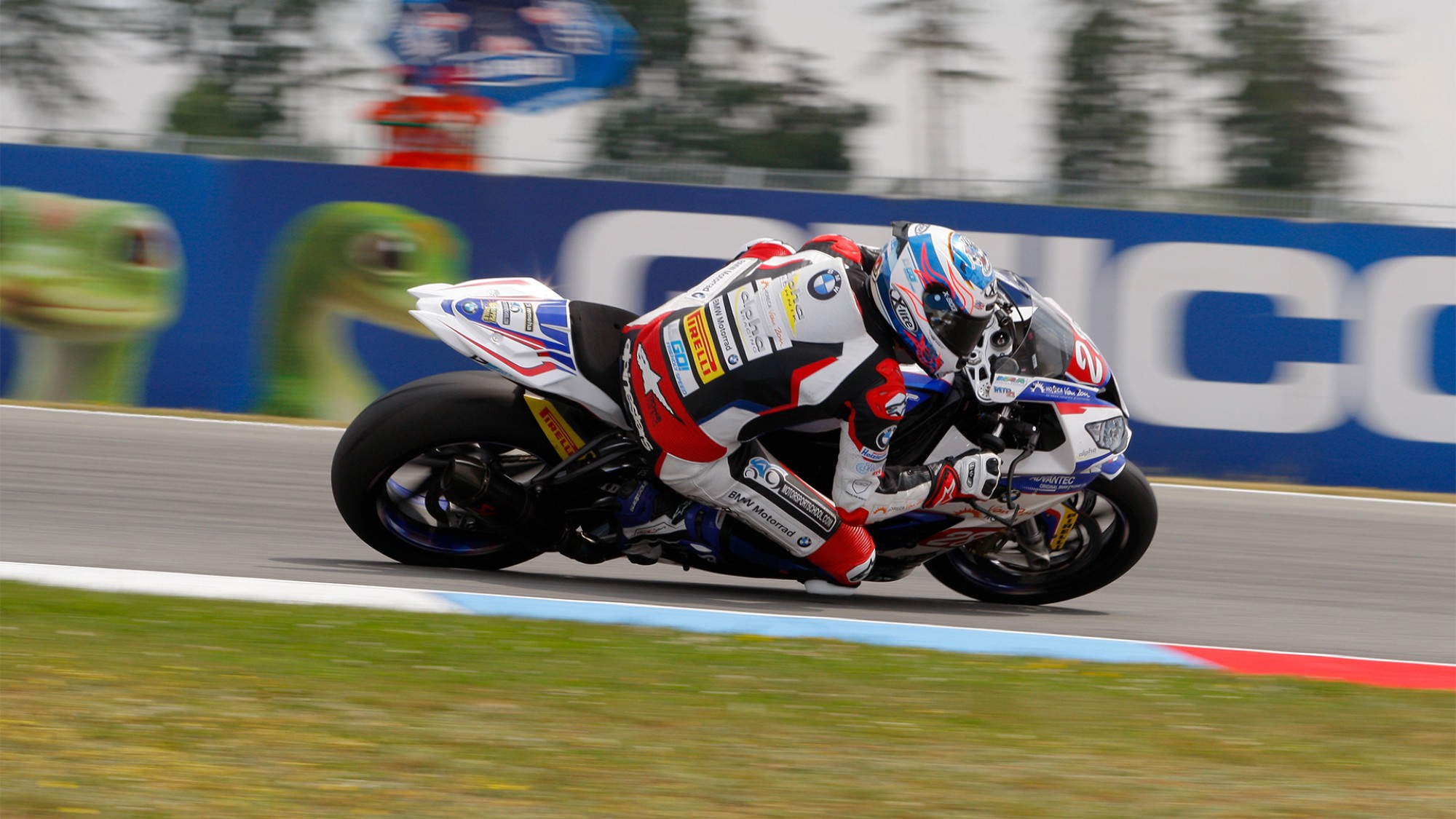 Marcus Reiterberger (alpha Racing- Van Zon-BMW) was yet again unstoppable in the European Superstock 1000 Championship, keeping his good momentum going from Friday into the Saturday qualifying round. The German was half a second faster than the riders following him, and could be on course for an amazing fourth race win of the season.

He will face competition from Maximilian Scheib (Aprilia Racing Team) however. The Chilean has proven to be a tough competitor to the leading rider’s authority, and starting from second on Sunday’s grid will fancy his chances at recording a first win this year.

Roberto Tamburini (Berclaz Racing Team) finished qualifying in third place, meaning that Sunday’s front line will be completed by the same riders that rose to the rostrum at Donington Park in the previous round. In fourth, Florian Marino (URBIS Yamaha Motoxracing STK Team) will be hoping for his podium of the season, as he starts ahead of Luca Vitali (Aprilia Racing Team) in fifth. Row two was completed by Federico Sandi (MOTOCORSA Racing) in sixth, with the Italian suffering a huge crash in the dying moments of qualifying. 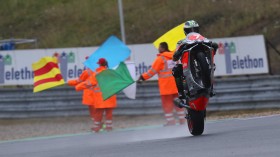 First Aprilia win of the season, with three different manufacturers on podium