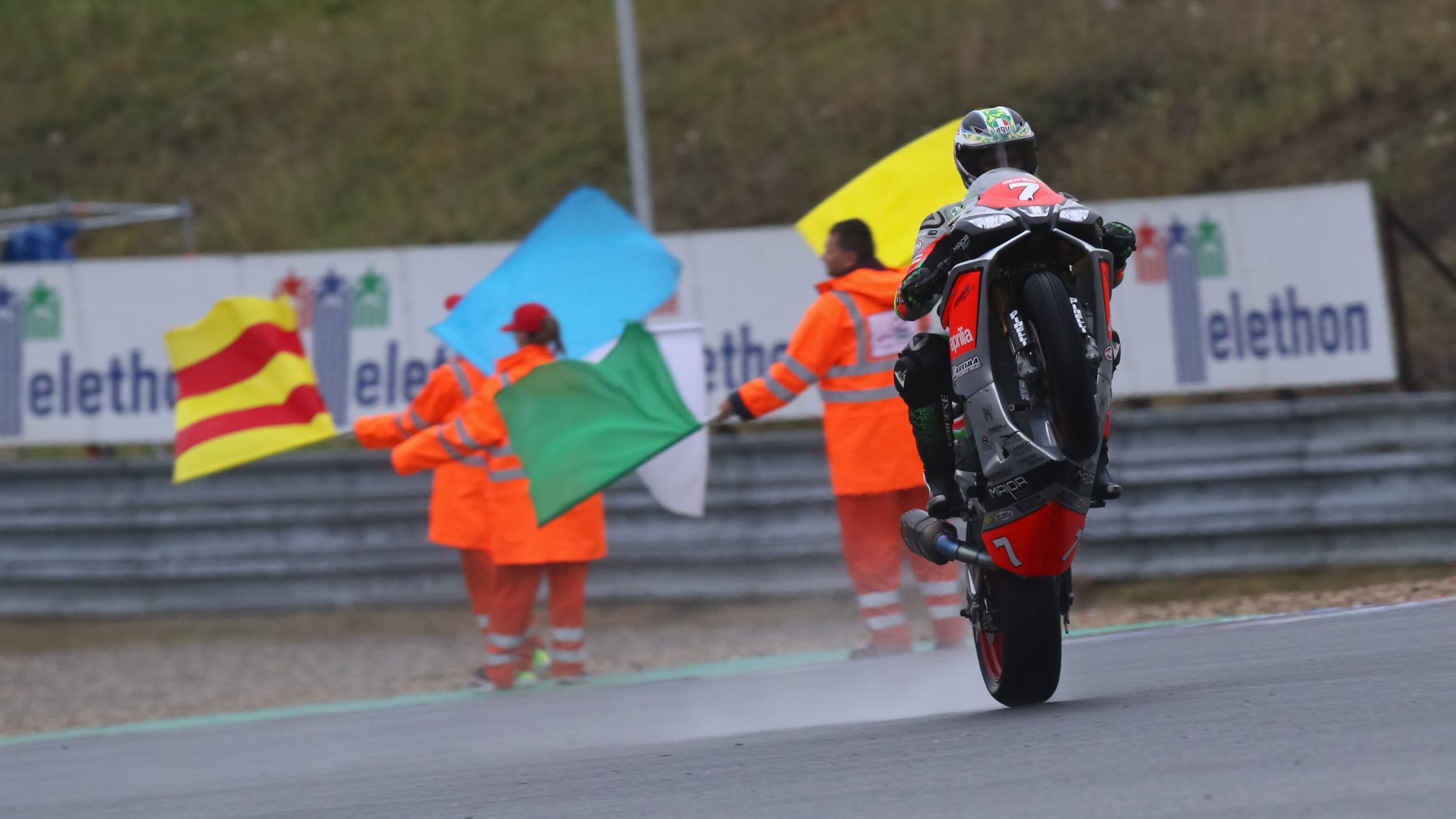 First Aprilia win of the season, with three different manufacturers on podium

Maximilian Scheib (Aprilia Racing Team) scored his first win of the 2018 European Superstock 1000 Championship in slippery conditions at the Automotodrom Brno. The Chilean was unstoppable in wet conditions, taking the second win of his STK1000 career, and moving his Aprilia to within just 9 points of the championship lead. Alessandro Delbianco (GULF ALTHEA BMW Racing Team) and Florian Marino (URBIS Yamaha Motoxracing STK Team) climbed to the rostrum for the first time this year, in second and third, respectively.

It had not rained at the Moravian track since early on Friday morning, but while the STK1000 riders set up on the grid the clouds opened and a weekend’s worth of showers dropped inside fifteen minutes. A soaked start saw Scheib overtake Markus Reiterberger (alpha Racing – Van Zon- BMW) inside the first few seconds. The German, unstoppable in dry conditions, has not been able to show that same dominance on a wet track, struggling as he did at Imola four weeks ago.

With Scheib opening a comfortable 3-second gap at the front, there was excitement for the remaining rostrum stops, Marino and Delbianco passing the championship leader inside the first half of the race and holding a thrilling battle for second in tough conditions. Eventually, the 20-year-old Italian got the better of the Yamaha rider, taking his first podium in STK1000.

Reiterberger crossed the line in fourth, with Andrea Mantovani (Nuova M2 Racing) rising from fourteenth on the grid to fifth at the flag. Luca Vitali (Aprilia Racing Team) took his Aprilia into sixth, with Federico Sandi (MOTOCORSA Racing) fending off attacks from Roberto Tamburini (Berclaz Racing Team) to finish seventh. Tamburini loses his second place in the championship to Scheib, also falling 15 points behind Reiterberger.

The European Superstock 1000 Championship is back next month from Misano! Catch all of the action from Brno and all the previous rounds, thanks to the WorldSBK VideoPass. 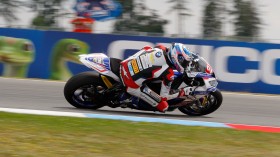