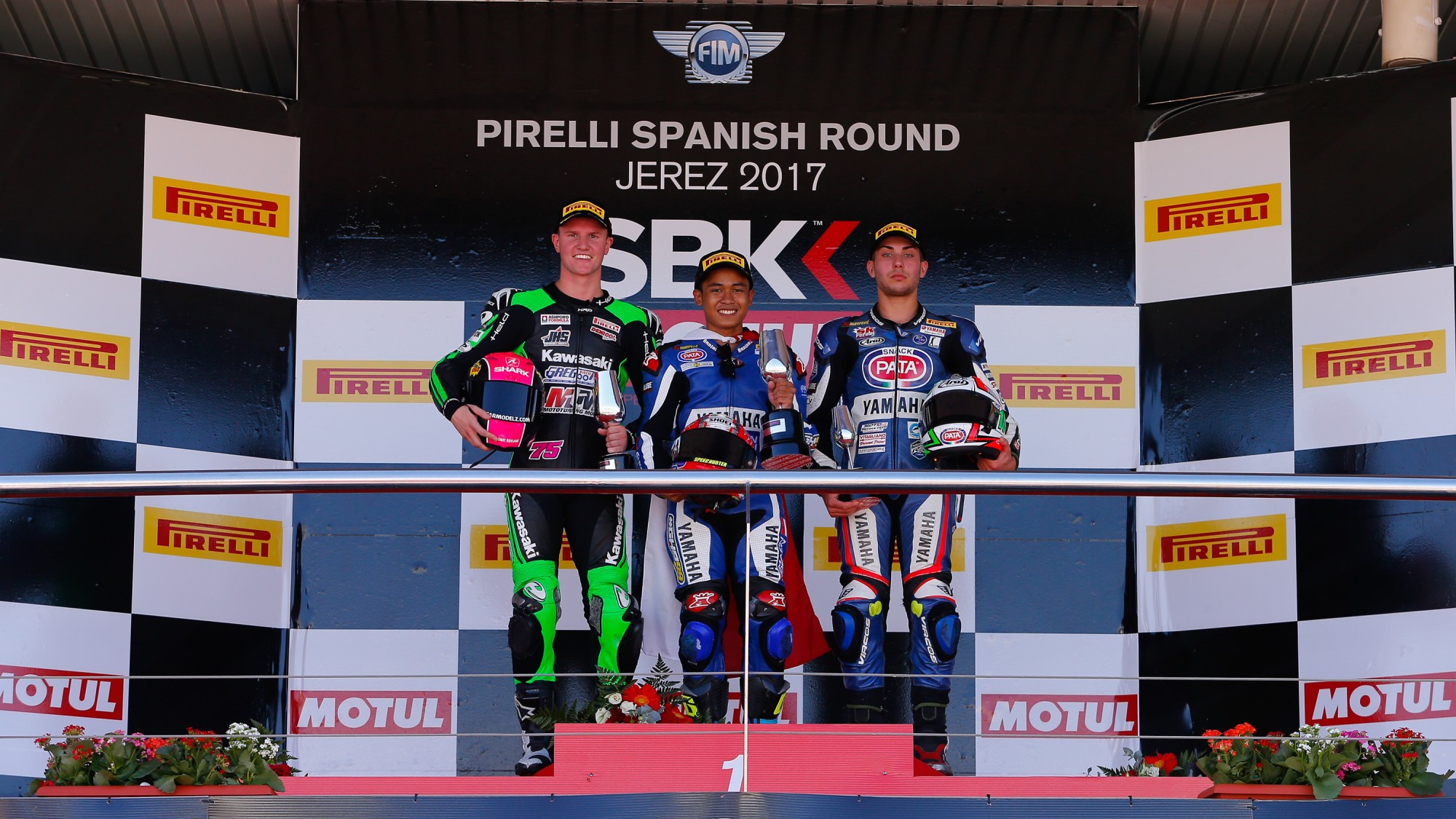 One event rider Galang Hendra Pratama (Team MOTOXRACING) has made history as he secured his first race victory, as the Indonesian secured the win over the line at the Circuito de Jerez in an 11 lap thriller. Marc Garcia (Halcourier Racing) finished in fourth position, which was enough to be crowned 2017 FIM Supersport 300 World Champion.

Garcia had a terrible start off the line in one of the most important race starts of his life, whilst Coppola was down in 10th position on the opening lap, but Spanish rider Garcia was able to bounce back instantly in the opening laps and sit in a championship winning position.

However Coppola was not taking this challenge lying down, and the Italian made up nine places in the first six laps to be back in contention for the title and the victory. In classic WorldSSP300 style there was an eight rider battle for the victory following Ana Carrasco (ETG Racing) being forced to enter pit lane following a jump start.

The final three laps were all about the title fight, and the duo crossed the line joint on points as Scott Deroue (MTM HS Kawasaki) was able to get into the lead on the penultimate lap. But the final lap was anyone’s call and the championship was decided over the line. As the race to the line was secured by Galang Hendra (Team MOTOXRACING) ahead of former championship contender Deroue, Coppola took third over the line but this wasn’t enough to secure the crown. Garcia took fourth position over the line and as a result took the title by one singular point.

Relive the stunning WorldSSP300 2018 season all with the WorldSBK VideoPass, as the inaugural championship has delivered some stunning races. 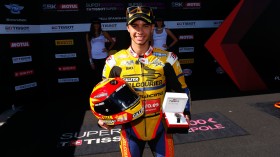