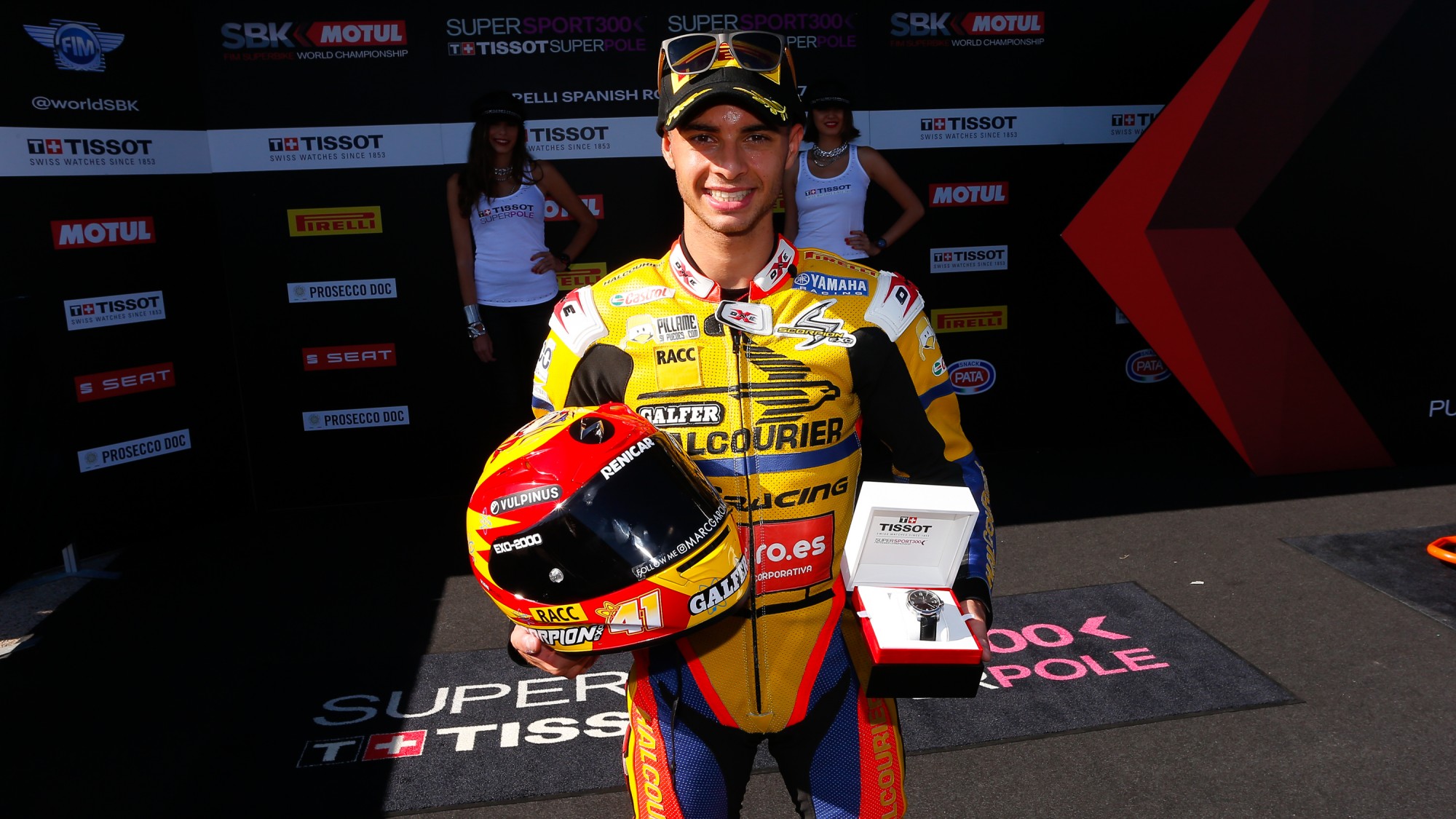 World championship leader Marc Garcia (Halcourier Racing) has taken pole position in a scintillating FIM World Supersport 300 Superpole session, with a lap time of 1.54.947 as he begins his hunt for the world title ahead of the final race tomorrow.

2017 race winners Ana Carrasco (ETG Racing) and Mika Perez (WILSport Racedays) shot through the opening Superpole one session, as the sun shone down on the 4.4km circuit. The Spanish duo ended the session over half a second ahead of the rest of the field, with Carrasco leading the remainder of the session.

World title elect Garcia came out fighting in Superpole Two as he set the first fastest lap in the 15 minute session, sitting just 0.2s ahead of his competitors. However heading into the final five minutes, the competition began to heat up and the Spaniard faced a lot of competition.

Daniel Valle (Halcourier Racing) ended the session in second position behind his team-mate, ahead of the one event rider Omar Bonoli (Team Runner Bike) in a tense end to the session. Despite putting up a strong battle, Scott Deroue (MTM KS Kawasaki) will head the second row ahead of Portimao race winner Ana Carrasco (ETG Racing). Wild card entry Manuel Gonzalez (Halcourier Racing Viajes 2000) completes the second row, as he is 0.807s behind the pole position man.

Championship contender Alfonso Coppola (SK Racing) will head the third row as the Yamaha rider struggled with his pace in Southern Spain.

Relive the stunning action from the final WorldSSP300 Superpole of the 2017 season, and watch the reactions ahead of the championship decider, all with the WorldSBK VideoPass. 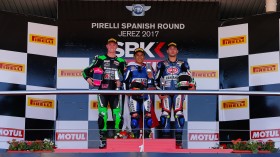