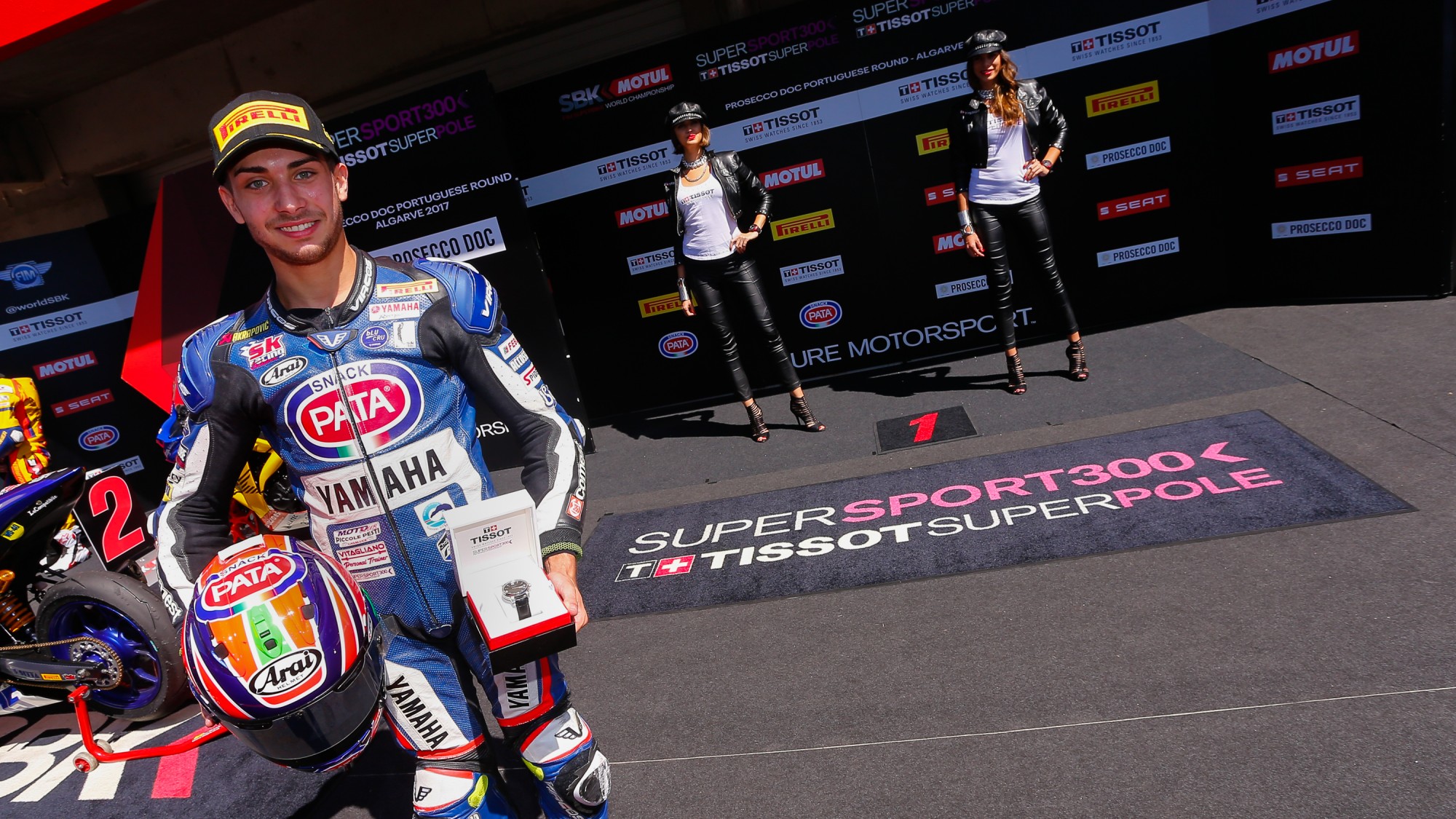 Italian shoots through SP1 to stamp his authority on Saturday

As the FIM Supersport 300 World Championship Superpole action got underway around the Portimao circuit under the September sunshine, it was Alfonso Coppola (SK Racing) who secured pole position in a thrilling session, as the title fight heats up.

SK Racing duo of Jacopo Facco and Coppola were able to sail through in Superpole One, leading the session by over a second from the rest of the field as 27 riders battled it out around the Autodromo Internacional do Algarve. Setting a lap time of 2.01.035s, Italian Facco and compatriot Coppola were the only riders to get into the 2.01 lap times as the series makes its debut around the undulating circuit.

Coppola headed into the second Superpole session with all guns blazing, and was one of the riders to move to the top of the session in the early stages. However the Italian faced stiff competition from Paolo Grassia (3ENNE#Racing – Chiodo Moto) and Championship leader Marc Garcia (Halcourier Racing), amongst others as the timing screens began to light up in the final three minutes.

In some final seconds of drama, championship contender Mika Perez (WILSport Racedays) was able to shoot up into pole position but had his lap time cancelled, after the rider exceeded track limits. Unable to make it over the line in time to secure another lap, meaning he will start from 11th position on the grid. Meanwhile Garcia secured provisional pole position with a stunning lap time, before being pipped to the line by Coppola, who set a lap time of 2.00.128. Ana Carrasco (ETG Racing) stunningly secured third position on the grid with her Kawasaki Ninja 300, making her the first female to have secured a front row in WorldSSP300.

Robert Schotman (GRT Yamaha Official WorldSSP300 Team) will start the race at the front of the second row of the grid, ahead of Borja Sanchez (Halcourier Racing) and Scott Deroue (MTM HS Kawasaki).

For all the reactions to Saturday’s Superpole at the Autodromo Internacional do Algarve, or to keep up with the racing action, log onto your WorldSBK VideoPass. 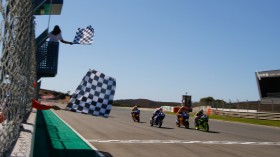