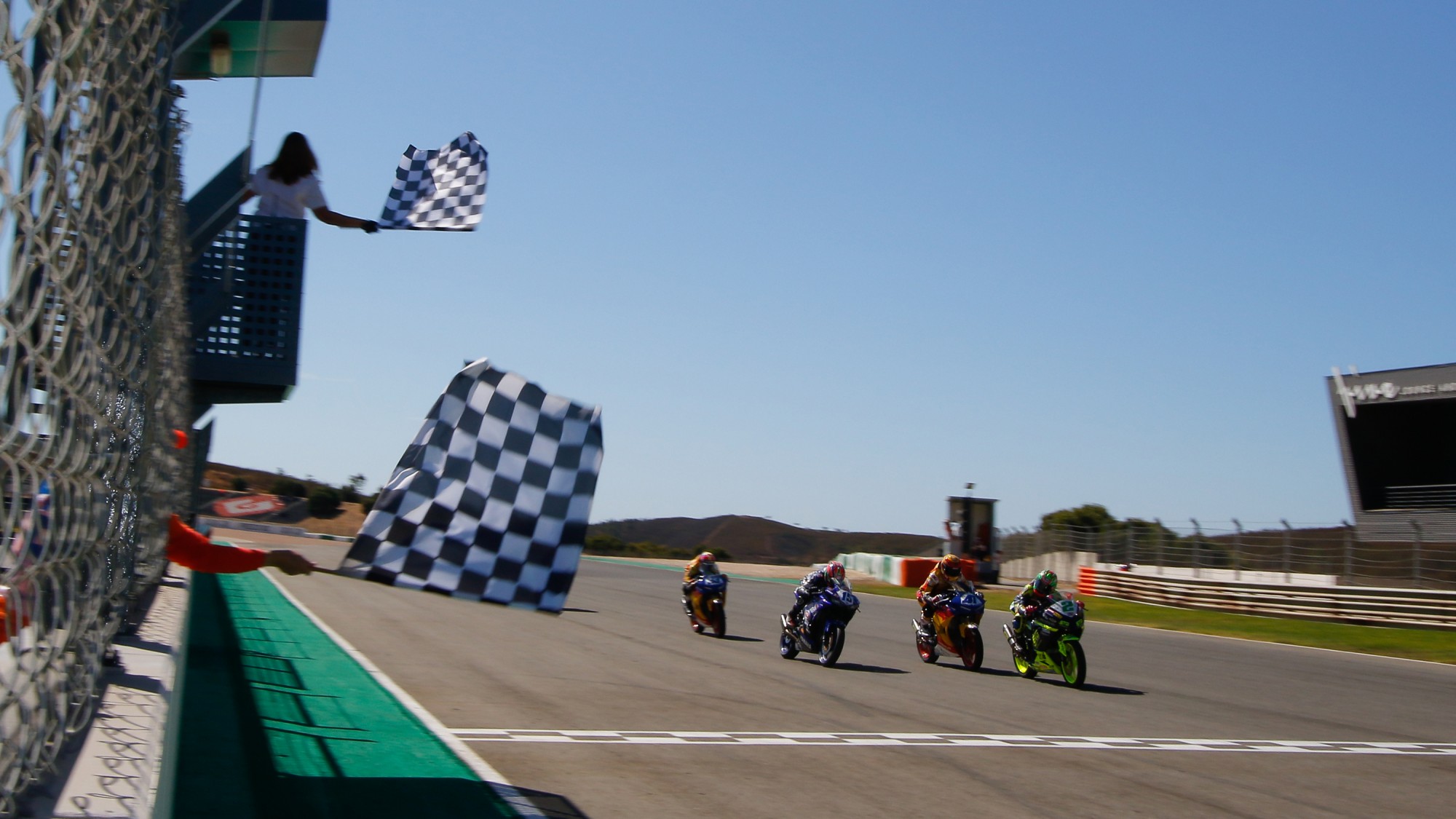 11 laps of the Autodromo Internacional do Algarve awaited the FIM Supersport 300 World Championship riders on Sunday, and it was Ana Carrasco (ETG Racing) who took the victory in yet another spectacular race.

Pole position man Alfonso Coppola (SK Racing) got a slow start off the line, and it was championship leader Marc Garcia (Halcourier Racing) who took the early lead, as a group of three race leaders began to develop into a tough fight for the podium with Daniel Valle (Halcourier Racing) and front row starter Ana Carrasco (ETG Racing).

The three Spanish riders were locked in the battle for the podium finishes, but it was Mika Perez (WILSport Racedays) who was hunting down the leading group as he set the faster lap times of 1.58.820. Catching the front group in the closing laps, the Spaniards were joined by Coppola who was able to find some stunning pace in the closing laps which meant he was able to join the battle for the victory.

In a stunning display on the final lap, the race all came down to the final corners and Carrasco responded perfectly to the pressure from her competitors on the final laps as she was able to take the victory over the line, narrowly beating the field by 0.053s. Coppola took second position following a well timed use of slipstream over the line, with early race leader Garcia finishing in third position.

Valle missed out on the podium to take fourth position, ahead of Perez who gave his all from 11th on the grid to keep his championship fight alive, with Borja Sanchez (Halcourier Racing) in sixth position.

As the WorldSSP300 race continues to provide endless entertainment and Carrasco becoming the fifth different winner in the series, the title fight heats up and Coppola now leads the championship by one point ahead of Garcia. Early championship leader Scott Deroue (MTM HS Kawasaki) sits in third position, 18 points off the leaders as Perez is in fourth – 19 points off the top.

As the championship fight heats up into the final two rounds, relive some of the inaugural WorldSSP300 action from 2017 with the WorldSBK VideoPass. 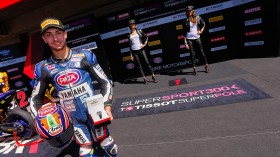 Italian shoots through SP1 to stamp his authority on Saturday