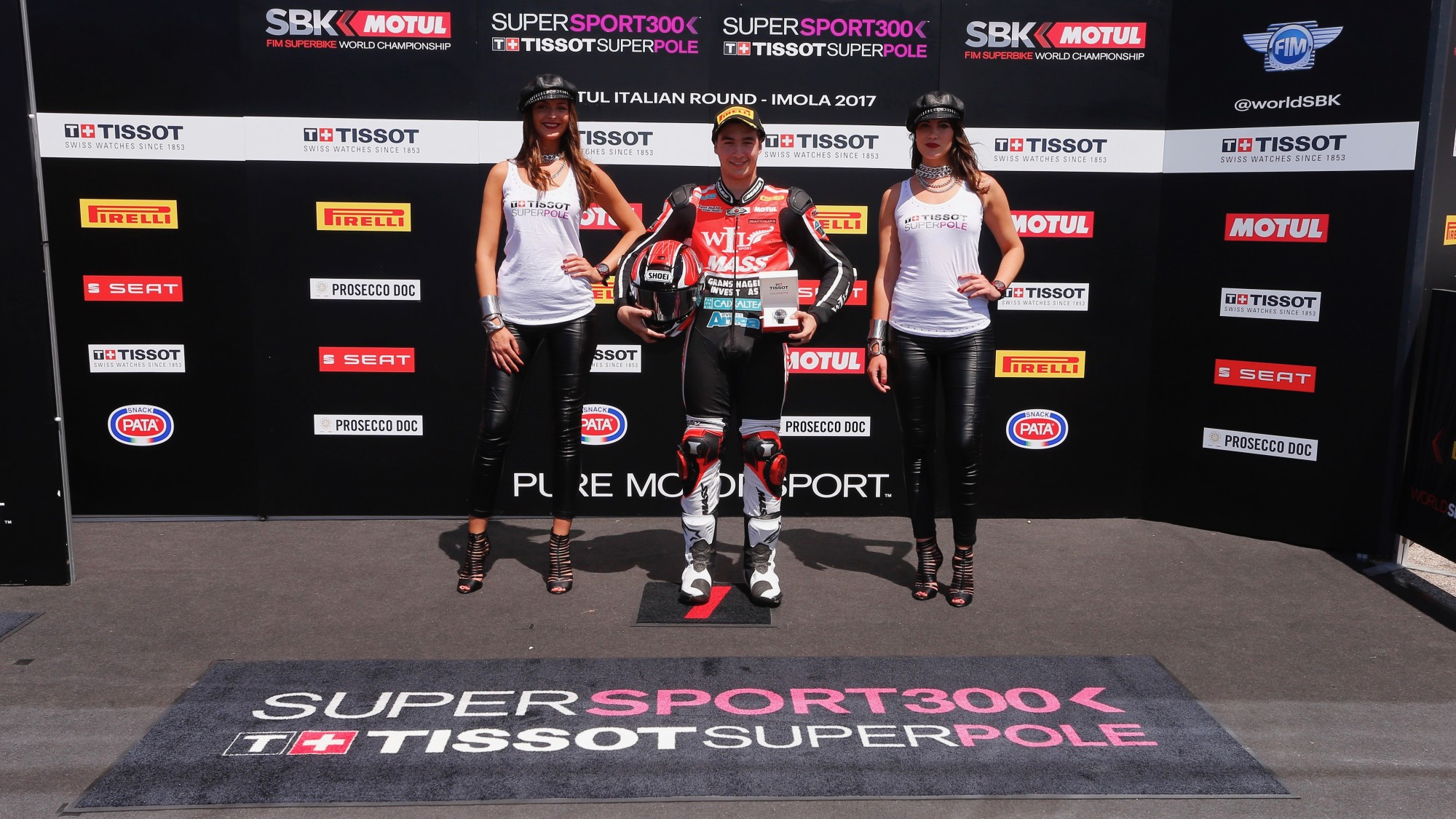 Mika Perez (WILSport Racedays) has secured pole position ahead of the third round of the FIM Supersport 300 World Championship at the Autodromo Internazionale Enzo e Dino Ferrari di Imola circuit.

Paolo Giacomini (Team Trasimeno) sailed through from Superpole One in the usually hectic opening session alongside Robert Schotman (GRT Yamaha WorldSSP300 Team) as the pair were over half a second ahead of the rest of the field.

Scott Deroue (MTM HS Kawasaki) continues to have a tough weekend, and the championship leader will start from 21st on grid as he was unable to progress through into Superpole Two at the Italian circuit.

Spanish rider Perez dominated the Superpole Two session, taking pole position with a lap time of 2.10.115 and putting him a second and a half ahead of his rivals. Alfonso Coppola (SK Racing) secured a front row start at his home round, meaning raceday will provide a lot of emotion for the young rider.

Borja Sanchez (Halcourier Racing) continues to impress in the competitive series and will round out the front row onboard his Yamaha machine. Giacomini had a stunning Saturday and after progressing through SP1, will start the race from the second row.

Jacopo Facco (Bierreti By 2R) suffered a crash at turn six at his home round with just over four minutes of the session remaining, and he will start the race from 11th on the grid.

Relive all of the thrilling WorldSSP300 Superpole action with the WorldSBK VideoPass, not missing a minute of any of the racing action either – as the lights go out at 14.20LT on Sunday. 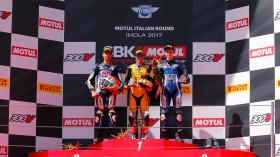 The third race of the new WorldSSP300 category was won by Spanish rider Garcia, with the podium also featuring Coppola and Kalinin