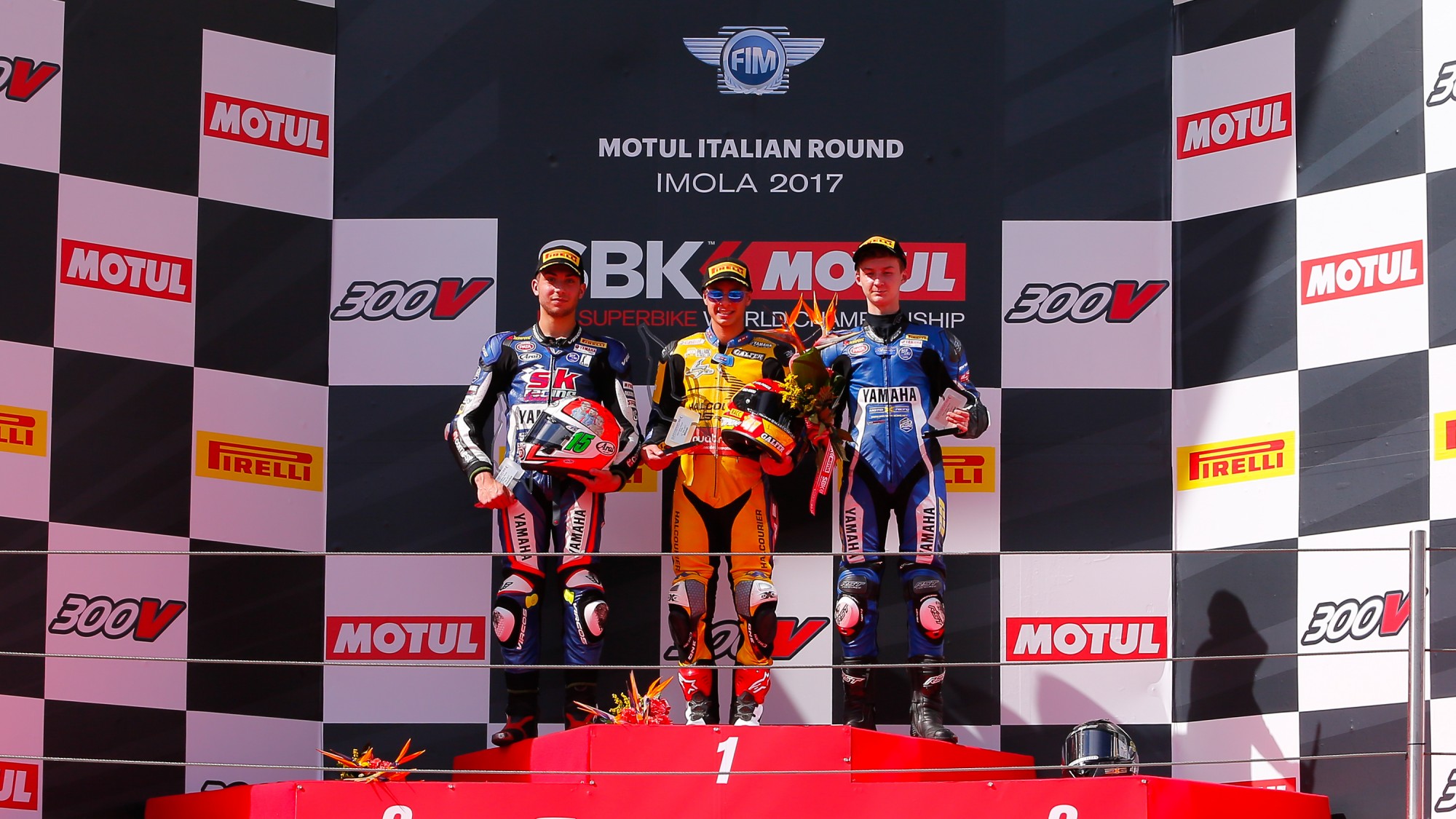 The third race of the new WorldSSP300 category was won by Spanish rider Garcia, with the podium also featuring Coppola and Kalinin

An enthralling WorldSSP300 race at the Motul Italian Round was won by Spanish rider Marc Garcia (Halcourier Racing) as he beat Italy’s Alfonso Coppola (SK Racing) on the final lap, with Mykyta Kalinin (Team MOTOXRACING) also on the podium.

At the end of a closely contested 11-lap race Garcia got the better of Coppola over the final corners, to win the third race of the season in this new category. Garcia beat his Italian rival to the line by just +0.177s as the pair dueled on the final lap, with Borja Sanchez (Halcourier Racing) following them across the line.

However Sanchez was sanctioned by Race Direction after the race and was demoted to fourth, promoting Kalinin to third.

Another Italian rider Giuseppe De Gruttola (SK Racing) completed the top five having earlier been in contention for victory.

Early championship leader Scott Deroue (MTM HS Kawasaki) was never really on the pace over the weekend at Imola, starting in 21st place on the grid, and finally finishing in 11th. Deroue was the winner of the first two races at Aragon and Assen and remains at the head of the standings with a 14 point lead over Coppola.

The WorldSSP300 riders will be in action again next time out at Donington in two weeks’ time over the 26th-28th May weekend. 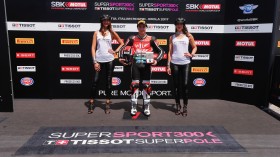