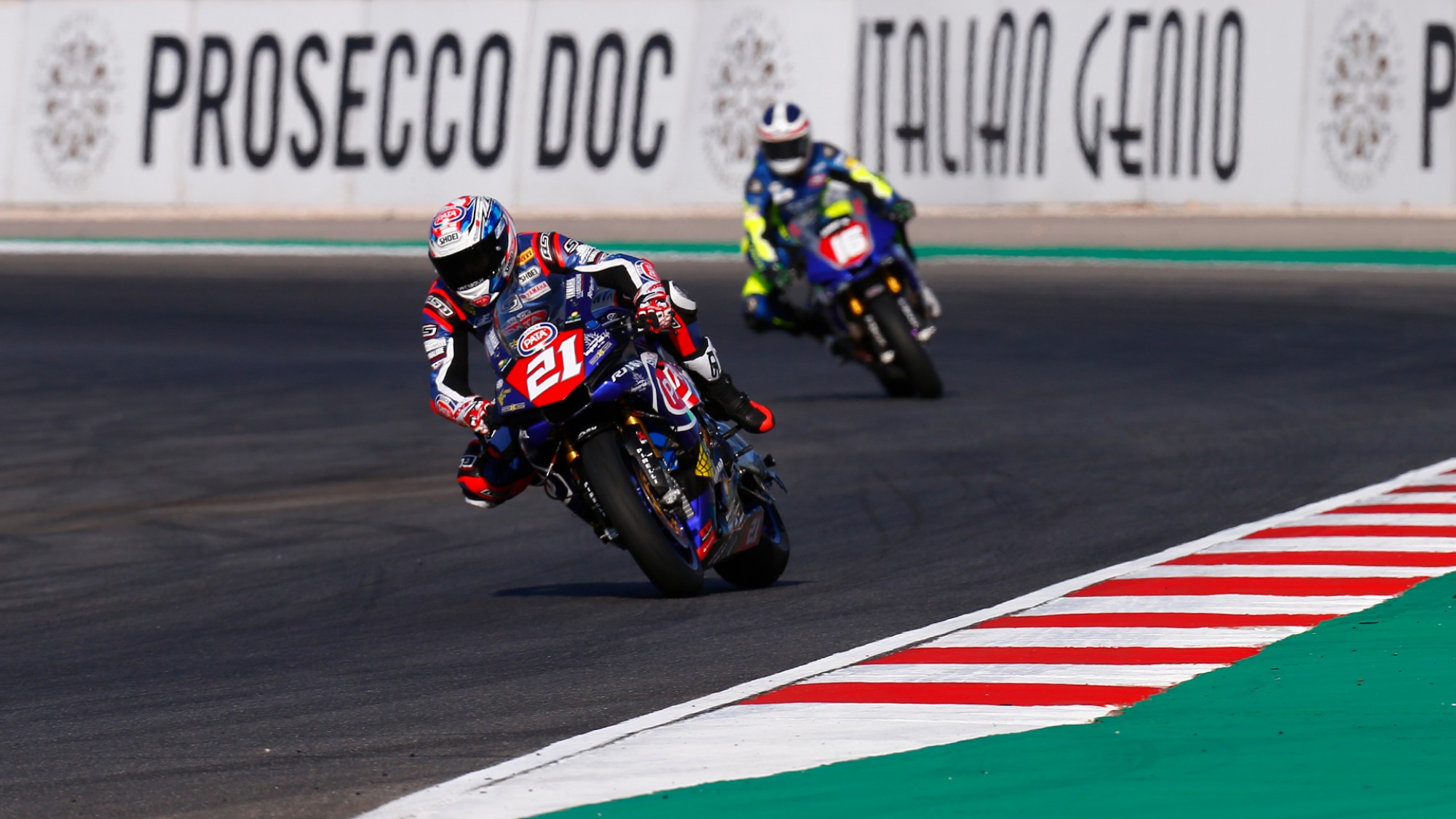 Frenchman takes pole in Portugal by tight margin ahead of Jones, with Tamburini  third

In the Superstock 1000 European Championship on Saturday at the Prosecco DOC Portuguese Round it was Florian Marino (Pata Yamaha Official STK1000 Team) who took pole, doing so by just +0.02s from Australian rider Mike Jones (Aruba.it Racing - Junior Team).

Behind the leading pair in a tight session Roberto Tamburini (PATA Yamaha Official STK 1000 Team) was just 0.189s off pole in third place.

All of the riders qualifying on the second row, meanwhile were close by in terms of times compared to Marino’s 1’44.936 pole lap.

Toprak Razgatlioglu (Kawasaki Puccetti Racing) was fourth by just 0.226s, followed by Max Scheib (Nuova M2 Racing) who was just over 0.25s from P1 and Jeremy Guarnoni (Pedercini Racing) – who trailed by just over three tenths from Marino.

The STK1000 race at Portimao’s Autodromo Internacional do Algarve will take place at 1.15pm local time on Sunday. 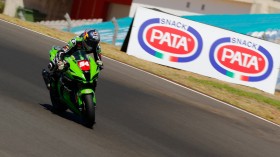 With a red flag ending the STK1000 race early at Portimao it was Razgatlioglu who took the win, with Marino and Scheib also on the podium