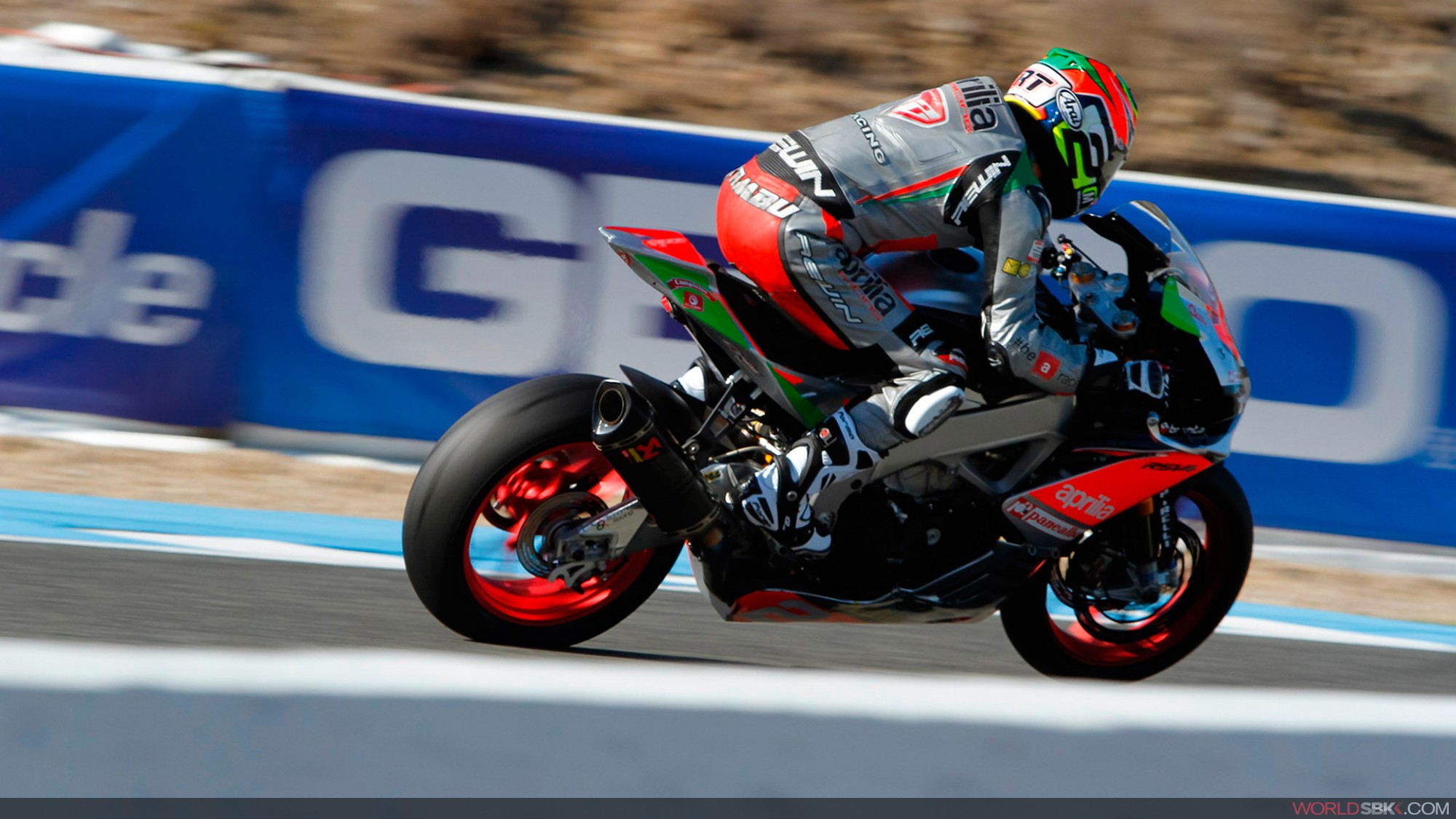 The Italian moves into the top spot after Scheib is penalised

STK1000 took to the warm and sunny Circuito de Jerez at 14:15 local time to decide Sunday's grid positions ahead of the season finale set to decide the Cup winner at the Gaerne Spanish Round.

Scheib will now be starting from the second row on the grid in fourth, while PATA Yamaha Official Stock Team’s Lucas Mahias starts from fifth, ahead of Aruba.it Racing – Junior Team’s Michael Ruben Rinaldi in sixth. Jeremy Guarnoni (Pedercini Racing Kawasaki) headed the third row of the grid in seventh with Alessandro Nocco (Nuova M2 Racing) in eighth. Cup leader Leandro Mercado (Aruba.it Racing – Junior Team) will have to work hard on Sunday to finish ahead of his rival De Rosa, as he finished ninth on the grid. Kevin Calia (Nuova M2 Racing) rounded out the top 10.

Mercado leads the standings by 7 points and will be doing everything he can to win the Cup on Sunday 16th of October in what will be the final outing of 2016 for the FIM Superstock 1000 category.

The Italian takes the crown while Mercado watches from the sidelines