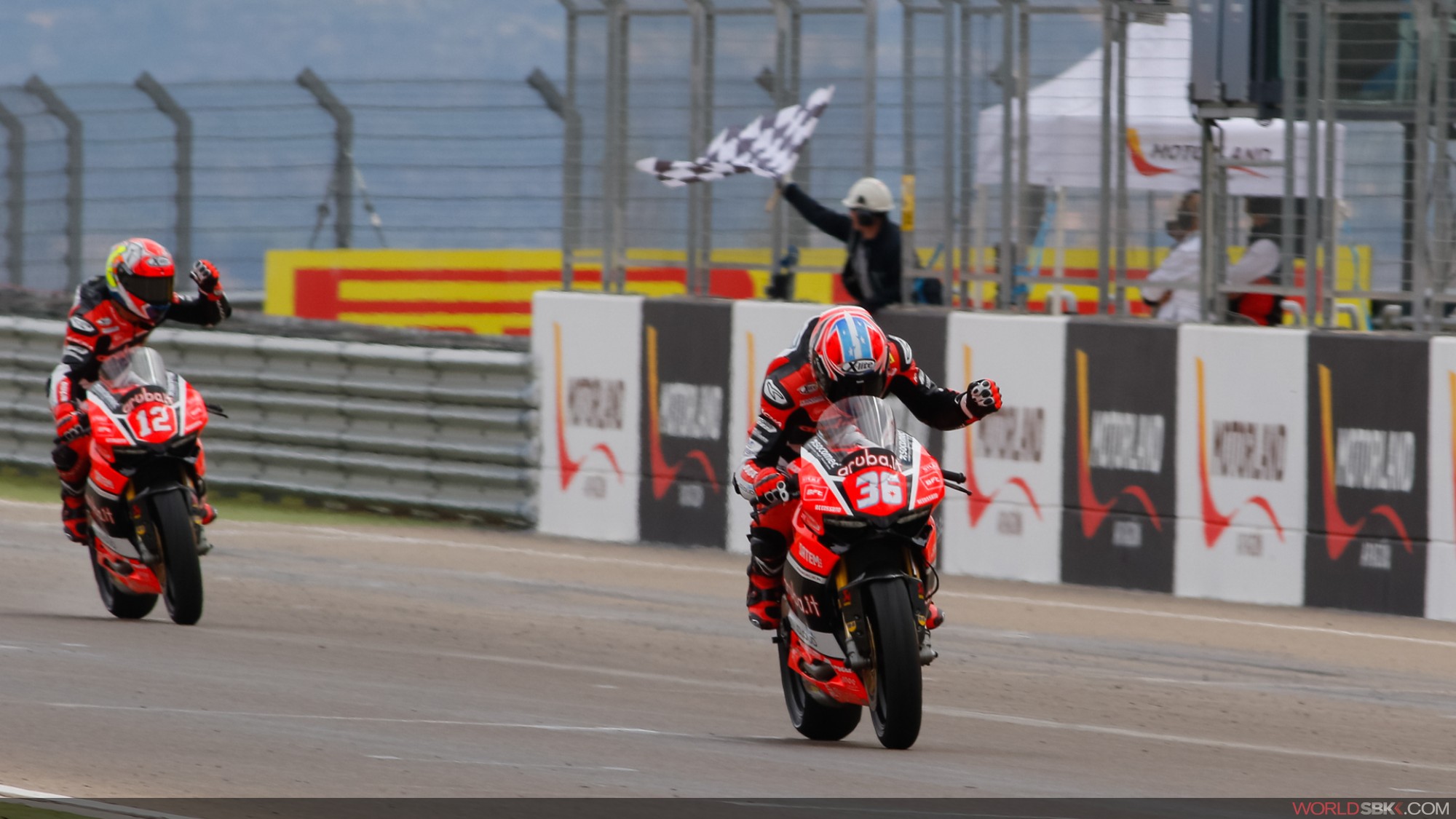 After a Turn 1 pile-up after the first lights out for STK1000 in 2016, a second start again saw high rates of attrition in Aragón, with returning rider Leandro Mercado eventually emerging victorious for Aruba.it Racing Junior Team.

His teammate Michael Ruben Rinaldi kicked off his STK1000 campaign with a great second place to lock out the first two places for Ducati, ahead of Raffaele de Rosa onboard his Althea BMW machine.

An incident at T1 after the first start saw almost a third of the grid involved in the chaos in the run off area, with debris littered across the tarmac and that bringing the red flag out. With the quick restart procedure invoked, some were unable to get back out. Triple-M Racing’s Faccani unfortunately then suffered a technical problem on the way back to the grid and was unable to restart, and Yamaha pole sitter Florian Marino found himself unable to find a gear when in the lead group and dropped back. He then fought his way back up into P5.

The STK1000 grid will line up once again in Assen, where a smoother race will hopefully await the grid and for some, the chance of redemption after Round 1. 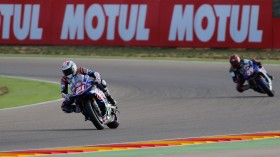