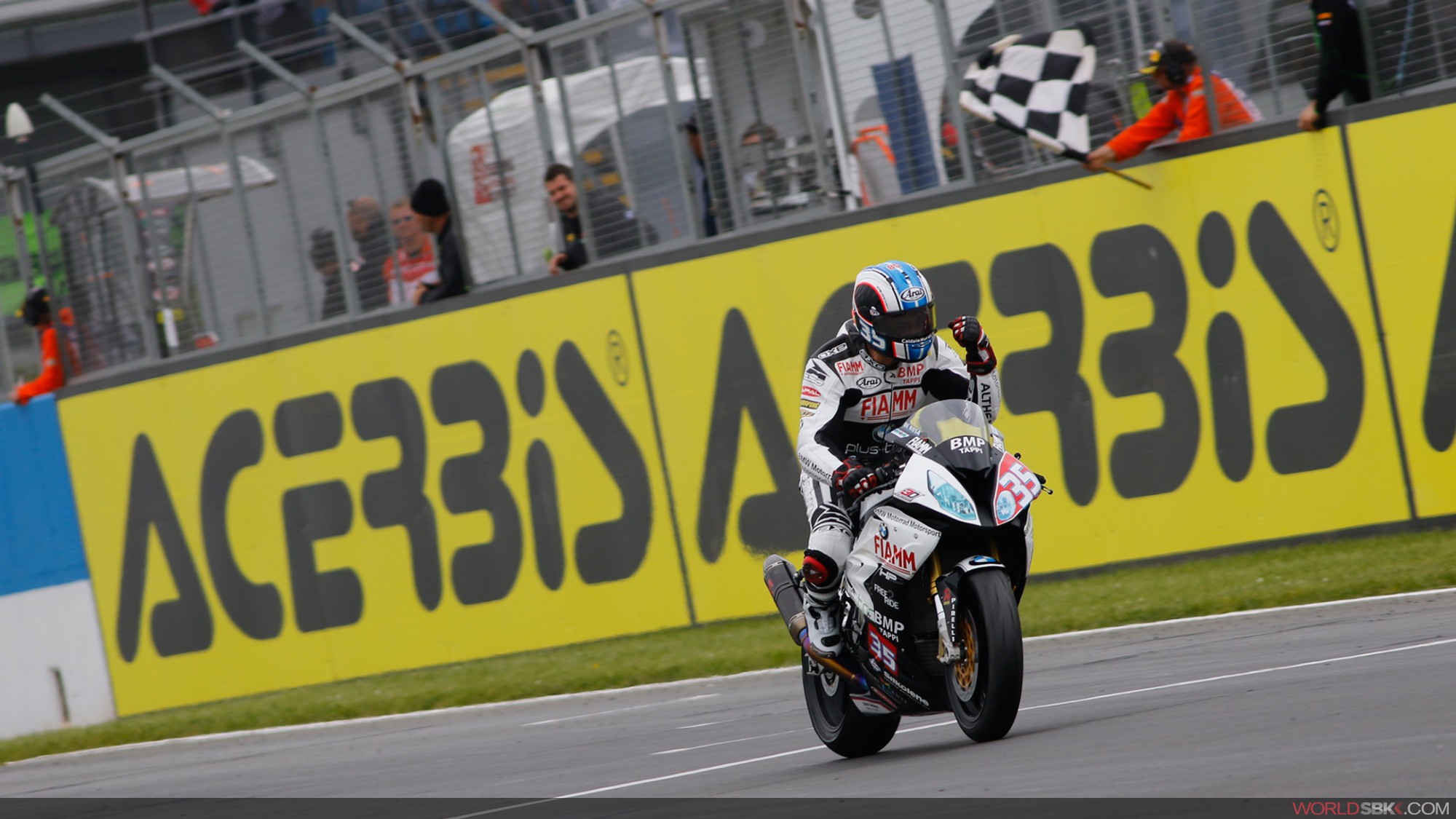 Drama marked the start of the STK1000 race at Donington Park in the UK as an incident on the grid saw Marconi and Guarnoni collide off the line, and another incident soon followed in the early stages. Polesitter Raffaele De Rosa however left that behind as the BMW rider rocketed away and didn’t look back, taking an impressive victory at Donington by over 3 seconds from title rival Leandro Mercado. Mercado, after fighting off Aruba.it teammate Michael Ruben Rinaldi, took another podium and good haul of points, but surrenders the lead in the points table to De Rosa after Donington. Pata Yamaha stand in rider Nicolo Canepa completed the podium in the UK in P3.

Italian Kevin Calia came home in P4 for Aprilia, just ahead of his Nuova M2 Racing teammate Roberto Tamburini, who completed the top five across the line. Later however, the Italian was demoted down to P7 due to having performed an overtake under yellow flags. Aruba.it rider Michael Ruben Rinaldi, after battling with his teammate Leandro Mercado for P2, was eventually classified in P5.

Turkish reigning STK600 winner Toprak Razgatlioglu moved up from his grid spot to take a good finish as he comes back from injury and settles into STK1000 in P6, ahead of local rider Gregg Black who had a great home race to take P8, ahead of Wayne Tessels, and second Brit on the grid Luke Jones, who completed the top ten. 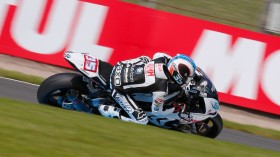 Althea rider will start STK1000 contest at Donington from pole