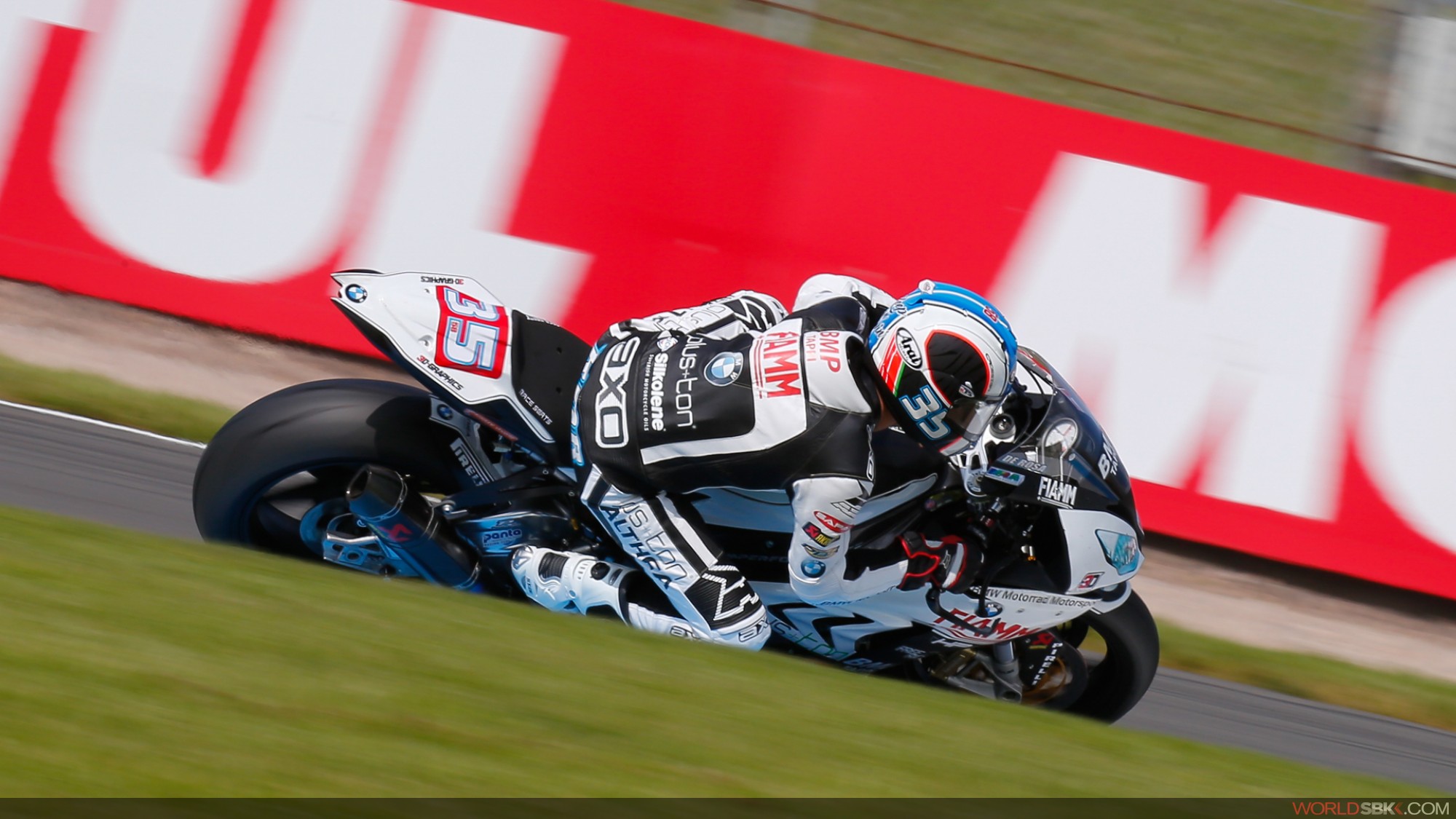 Althea rider will start STK1000 contest at Donington from pole

Raffaele De Rosa has taken pole position in the qualifying shootout in STK1000 at Donington Park, with the Althea BMW rider continuing his 2016 form and impressing once again. Joining him on the front row will be Roberto Tamburini (Aprilia) and key title rival Leandro Mercado (Ducati).

De Rosa was on the podium last year at Donington in the STK1000 race and is well poised to try and fight for the Championship lead from Aruba.it rider Mercado, who didn’t race in STK1000’s only visit to Donington in the last few seasons. The two rivals are currently equal on points in the table. Roberto Tamburini, a consistently good qualifier in 2016, will be hoping to get a good start from the front row and take a big haul of points at the British track after having good pace all season but finding himself further down the table than he would like.

Yamaha’s stand-in Nicolo Canepa will head up the second row, ahead of second Nuova M2 Racing Aprilia rider Kevin Calia. Michael Ruben Rinaldi, who is currently P3 in the title chase, will start from the end of the second row for Aruba.it Racing – Junior Team in his rookie season.

Marco Faccani leads row 3 on his Panigale R, ahead of the Yamaha of Luca Marconi and the Kawasaki of Wayne Tessels. Completing the top ten is local rider Gregg Black for MTM / HS Kawasaki. 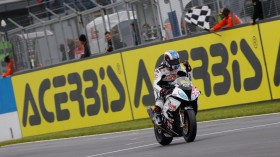