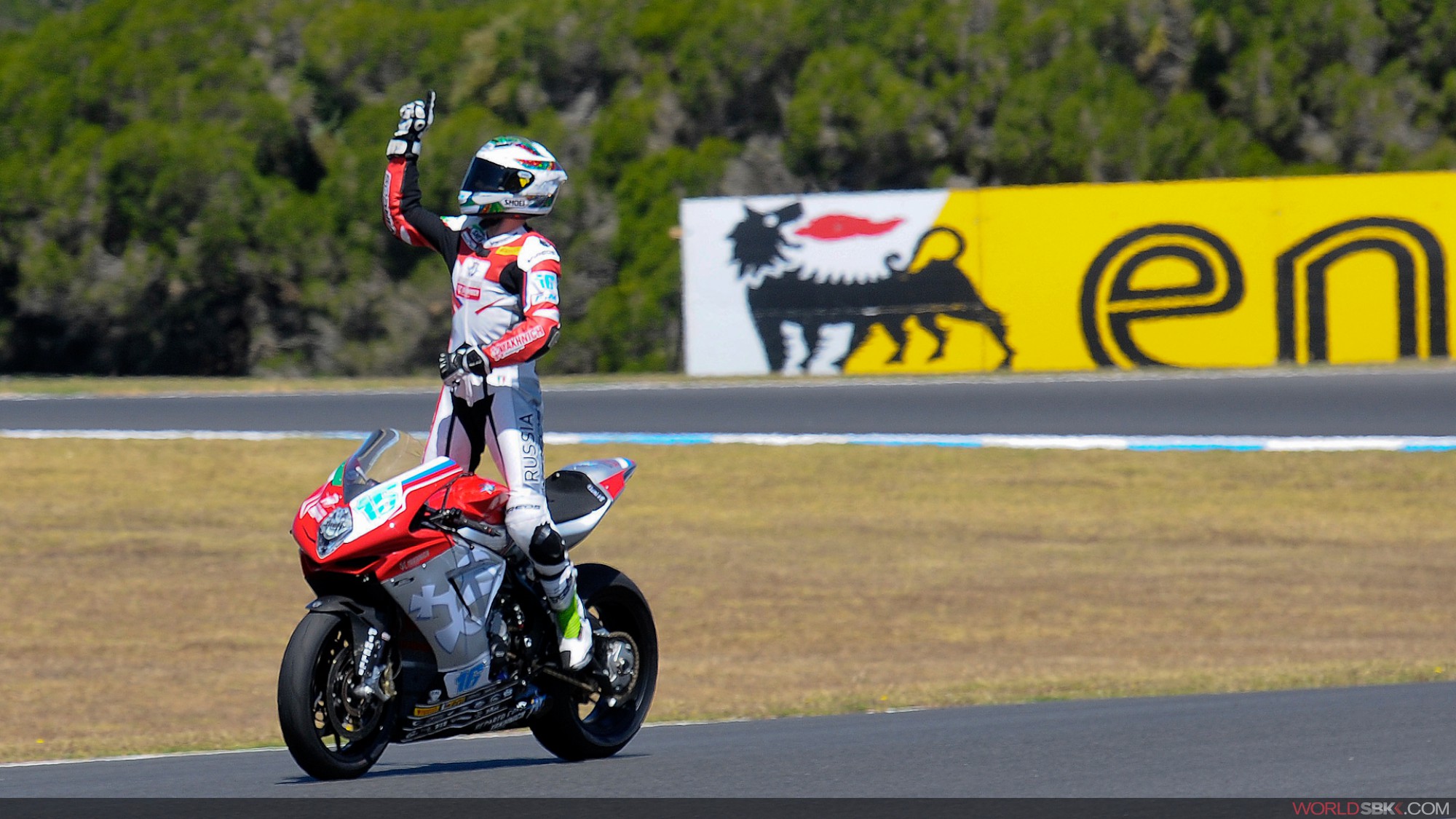 Before Cluzel's Phillip Island triumph, the manufacturers last win was with Agostini back in 1976

Thirty-eight years on from their last success, achieved by the great Giacomo Agostini on his 4-cylinder 500 cc at the Nürburgring, MV Agusta are back on the top of a world championship podium. The superb F3 675 of the MV Agusta Reparto Corse - Yakhnich Motorsport team has, in fact, pulled off a stunning Supersport win at the Phillip Island circuit to take the first round of this World Championship.

The win followed an incredible comeback by Jules Cluzel: despite starting from 14th place on the grid, he soon set an astonishing pace, steadily making his way up the field to catch the leaders and setting the scene for a spectacular battle for final victory. In the end a gutsy Cluzel got the best of Coghlan and De Rosa, who came in second and third respectively. In short, the young French rider of the MV Agusta Reparto Corse - Yakhnich Motorsport team rode a blinder, showcasing both his considerable talent and the bike’s enormous potential. The team’s other standard bearer, Vladimir Leonov, might well have put in an equally brilliant performance were it not for an unfortunate fall in the first few laps.

Jules Cluzel: “We were terribly unlucky both during testing and at the start of the weekend. We rode far fewer laps than we should have. So, after that, going on to win was just a dream! Before the start I told my mechanics I’d do my utmost: and that’s exactly what I did, without making a single mistake. It’s a deserved victory; we’ve still got a long way to go but we’re convinced that the bike and the Team have huge potential”.

Delighted by this success, Giovanni Castiglioni, President of MV Agusta, stated: “A marvellous win, an indescribable thrill. I want to dedicate this first victory to my father, whose faith in MV and the possibility of a successful return to racing was always unshakeable, and the late father of Brian Gillen, our Reparto Corse manager. I want to thank the Yakhnich Motorsport team and everyone involved in this ambitious project for their exemplary commitment”. 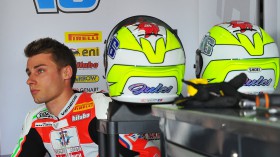 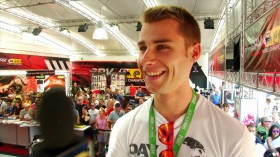 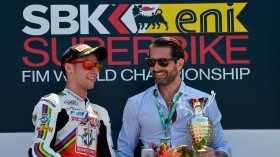