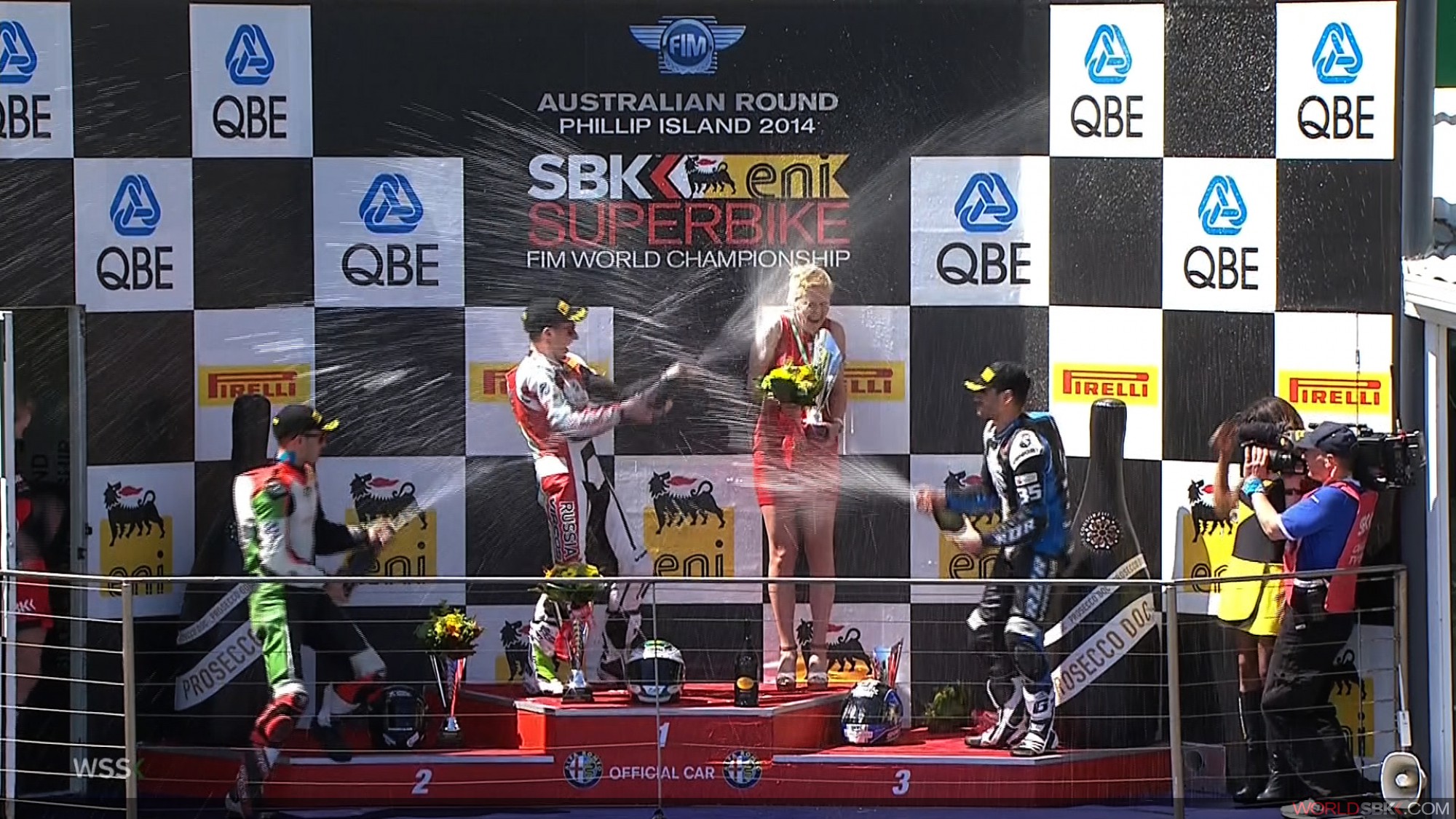 The Frenchman comes out on top, Sofuoglu and van der Mark out.

Jules Cluzel (MV Agusta RC – Yakhnich Motorsport) has written a new page in the history of motorcycle racing, winning the first world championship race for the iconic Italian brand MV Agusta since Giacomo Agostini's victory at the Nurburgring in 1976.

The race was red flagged during the eighth lap due to the technical problem suffered by Jack Kennedy (CIA Insurance Honda) and the oil laid on track by his CBR 600 RR. A bitter end of a difficult round for the Irishman, who took part in the race despite a fractured right talus bone.

A new 5-lap race startedafter the track cleaning procedures were completed, with Kenan Sofuoglu(Mahi Racing Team India Kawasaki) immediately taking the lead at turn 1. The three time World SupersportChampion, along with Michael van Der Mark (Pata Honda World Supersport), crashed during the second lap out of five, with only the Dutchman able to rejoin the race, although at the back of the field.

With two of the favourites out of the race, a spectacular 5-way battle for the win took place up to the finish line, with Jules Cluzel edging Kev Coghlan (DMC-Panavto Yamaha) and Raffaele De Rosa (Core PTR Honda), second and third respectively. Just outside the top-3 were Florian Marino (IntermotoPonyexpres Kawasaki), fourth, and Roberto Tamburini (San Carlo Puccetti Racing Kawasaki), fifth.

Click here and take a look at the photo gallery of the Race. 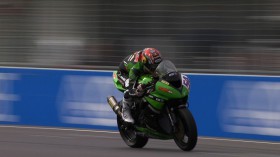 The Turkish rider gets the better of Michael van der Mark and Roberto Tamburini. 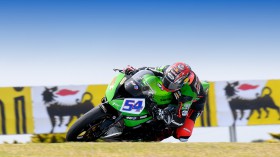 The Turk in first place despite a late technical problem. 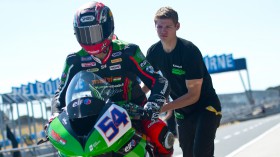 Former Champ leads throughout the two days as rivals give chase.