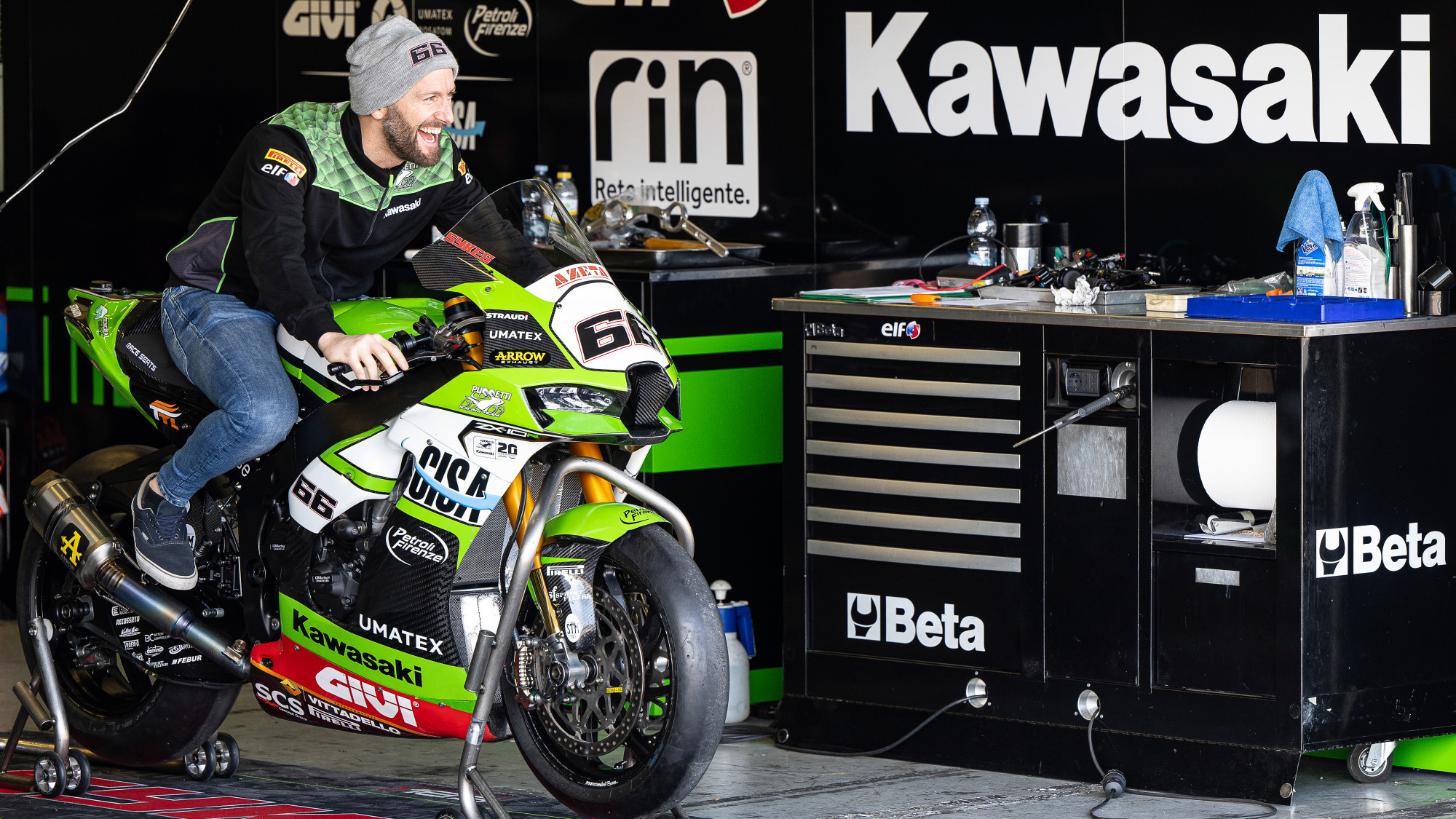 Despite limited track time due to bad weather, Sykes was able to get out on track on his return to Kawasaki machinery

Tom Sykes returned to MOTUL FIM Superbike World Championship action on Friday as he linked up with the Kawasaki Puccetti Racing squad for the first time since it was announced he would race for the team in the 2023 season. Sykes and the team headed to the Circuito de Jerez – Angel Nieto for their first winter test together, with Sykes taking part in the second day only after rain and a wet track interrupted the running on day one and limiting it on day two.

Sykes posted a best lap time of 1’40.949s during his test, which was only during the second half of the second day when track conditions improved, as he completed 35 laps on his ZX-10RR that he will race on in 2023. His lap time was around one second off the pace set by his former teammate, Jonathan Rea (Kawasaki Racing Team WorldSBK), with Rea setting a 1’39.911s as he, like Sykes, only took part on the second day of testing.

Reflecting on his first outing with Puccetti Kawasaki, Sykes said: “It was nice to be on familiar territory. The test itself, honestly? I was talking to a friend before the test and he asked me my expectations. I gave him my answer, and we went past that answer. I am really happy, to be honest, because all things considered, it was really nice to get to work with all the Kawasaki Puccetti Racing team to start the relationship. And just really try to understand some key points. Unfortunately, there was a bit of disturbance from track conditions. The test was very compressed but, honestly, I was pleasantly surprised with the end result. From here we know we have got a clear plan. Overall, we know where we can work forward now. I am happy and looking forward to more time with the team and track time with the bike in the next test.”

The 2023 WorldSBK season will be the first time since the 2018 campaign that Sykes has ridden on a Kawasaki machine. He raced with the Japanese manufacturer between 2010 and 2018, winning the 2013 title and finishing second on a further three occasions, before he made the switch to BMW for 2019. Three seasons with the German manufacturer came to an end at the end of the 2021 campaign and Sykes returned to the British Superbike championship, racing on Ducati machinery.

Discussing on his return to the ZX-10RR, Sykes said: “I jumped on the bike and of course there is familiar territory there. Obviously, got out on track, and there were still some things missing to make it comfortable. Things like the handlebar position and other things. For me, the day before the test, I went there with a bit of an expectation. If I could meet that target, then I could accept that as a good starting point. I have to say I met that target and expectations. I know there’s work to be done. It was great to spend time with Manuel and understand his goals and expectations. I have to say I’m quite happy with that initial test especially considering it was quite a busy second afternoon to the test. We needed to have a look at some key items, and we did not have the luxury of long runs. Considering I only had 34 laps on the package, I really feel that there’s a big room for improvement and that only gives me motivation moving word.”

Team Manager Manuel Puccetti also discussed Sykes’ first test, saying: “Unfortunately we had to settle for a few hours where the track was dry, but they were enough to be fast right away, and not far from the lap times of the official Kawasaki riders. Team and rider worked very well together, and Tom was quick to adapt to electronics that he hadn't used for over a year. We managed to try many new things, which we will try again at the end of January here in Jerez. Sykes' debut on our bike was undoubtedly a positive one, which gave enthusiasm to the whole team.”

Follow Sykes’ return to WorldSBK in style throughout 2023 using the WorldSBK VideoPass!