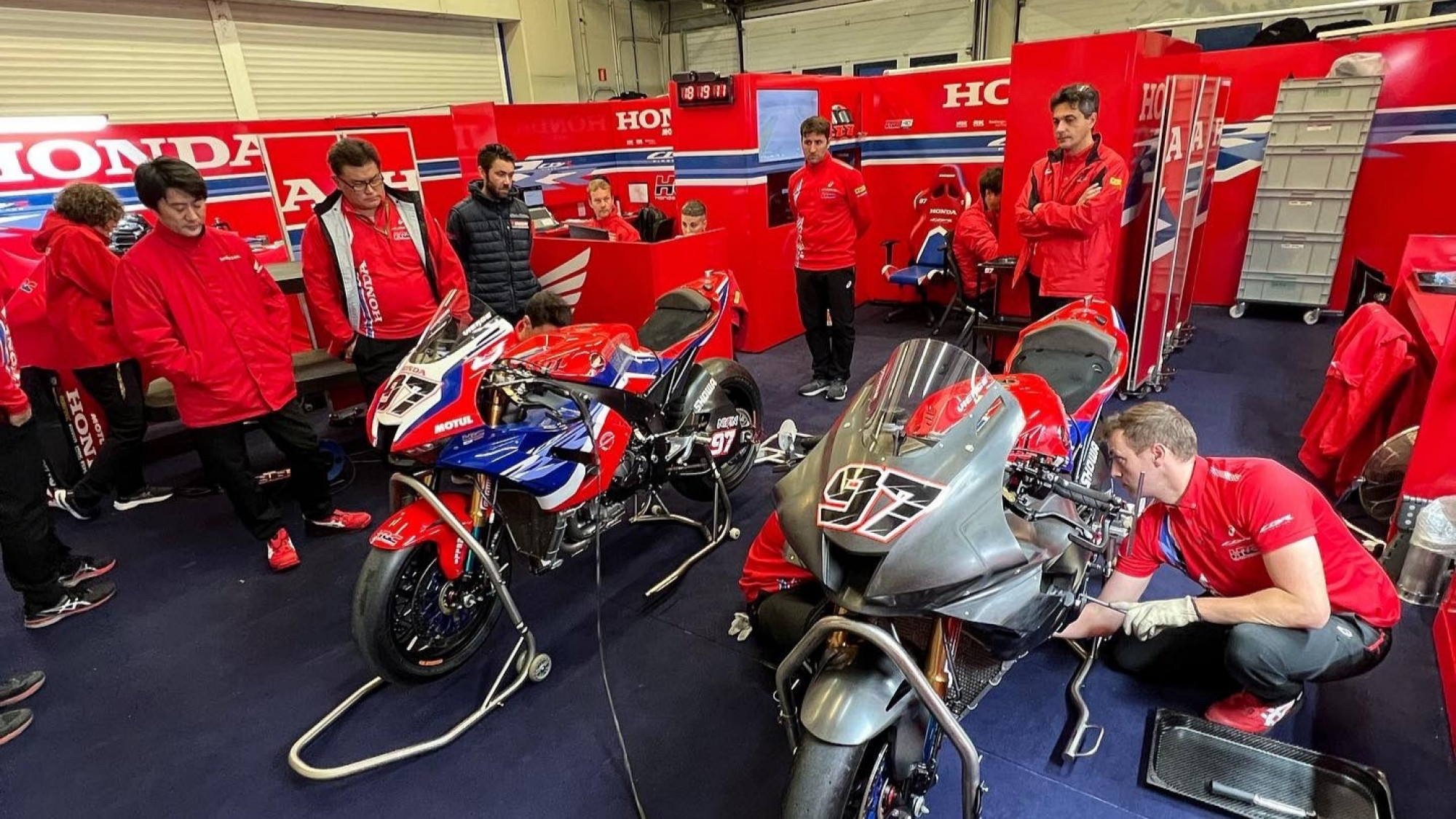 Some of the MOTUL FIM Superbike World Championship paddock descended on the Circuito de Jerez – Angel Nieto for testing and, along with teams and riders, so did the rain in southern Spain. Speaking on the second day of testing, Xavi Vierge (Team HRC) revealed what he had been working on in wet conditions during the test as he embarks on his second campaign with the team after his arrival in 2022.

With the rain conditions soaking the track, Vierge used the time to improve his feeling in wet conditions as well as test some upgrades on the engine side, something Team Manager Leon Camier revealed on Tuesday. With a short turnaround between the Australian Round that ended the 2022 season and the one that will start the 2023 season in February, Vierge was keen to make use of the track time available to him despite the wet weather conditions.

Reflecting on his test so far, with plans to test on Thursday providing the conditions are right, Vierge said: “Unfortunately, the conditions were all days raining. Even with that, we used the track time, we tried some new items, obviously we focused on the rain conditions as this year we don’t have as much time and our feeling in wet conditions was not especially good. It has been a good opportunity for us to focus on improving that feeling. We made some steps forward. Happy about that.

“In the last races, we got the opportunity to adjust the chassis setup more. At Mandalika and in Australia, the weather conditions were not helping us but, also, in a race weekend it’s difficult because you don’t have the track time. We tried to understand that here even if the conditions are not the best. There were also some new items on the engine spec to help us a little bit. I’m happy because Japan are working so hard. The only thing is we don’t really have the good weather to make a good test. We have some positives and we hope, in the next test in the last weeks of January, we have the time to try it in a good way.”

Vierge also went into further detail about his testing programme and what he had been looking to improve on, specifically in wet conditions. There was very little fully wet running in WorldSBK throughout the 2022 season, Vierge’s rookie campaign, with the season-ending Australian Round giving out most of the rain-affected track time; and, even then, when it stopped raining the track dried up very quickly.

Expanding on the test programme, Vierge said: “We have been struggling with rear grip, especially the rear contact on entry, and this is a difficult thing because when you don’t have a good feeling with the front or on the throttle with the rear, you can compensate. But when you are going into the corner and the rear doesn’t have contact, there’s not a lot you can do. We focused on that point. We improved the feeling a lot so we can go faster and have a better feeling in wet conditions that will be really important for our season. We go to some places where there is a lot of possibilities of rain, so we need to be ready for any conditions.”