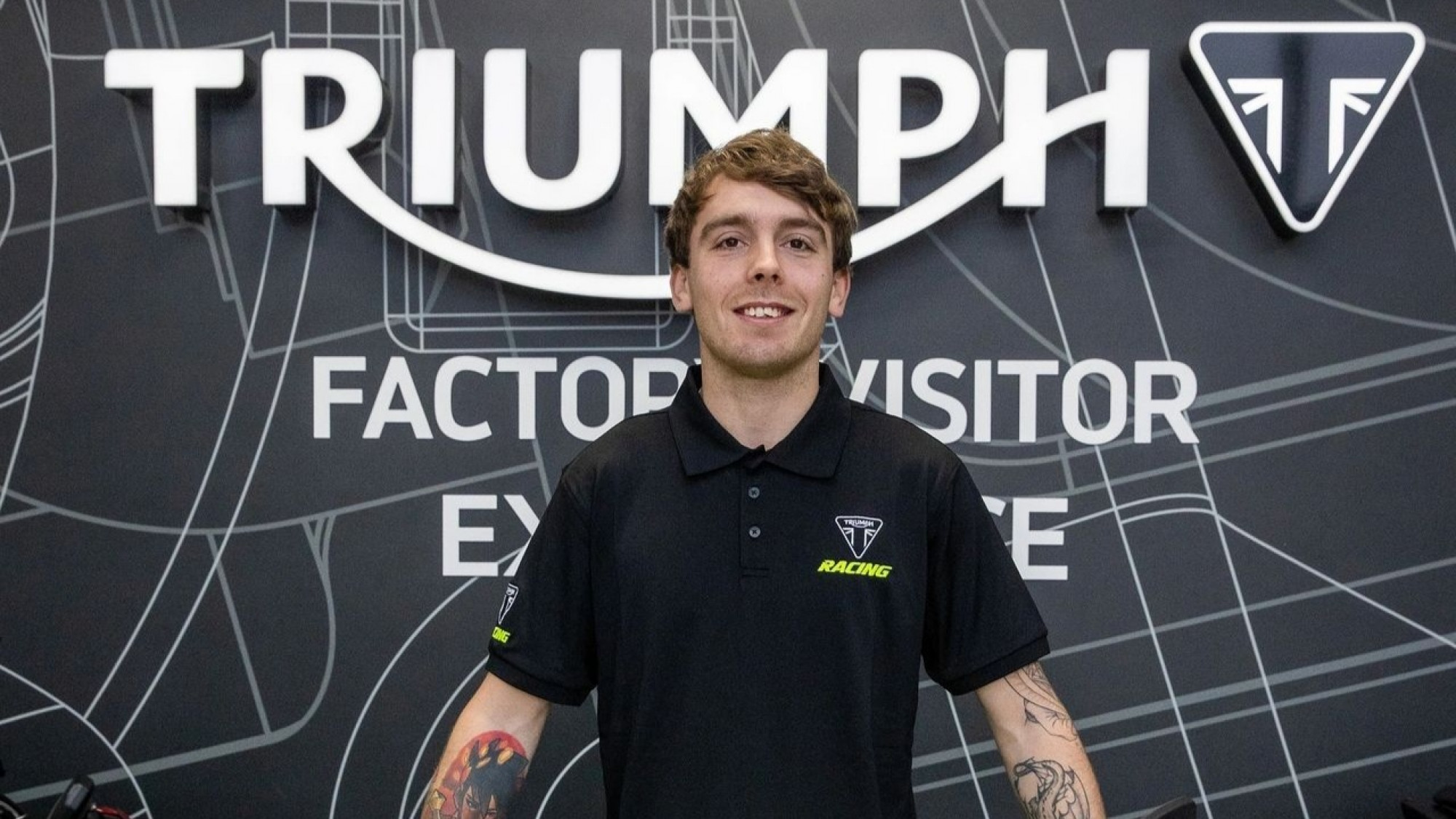 The British rider will join the PTR Racing team for his first full WorldSSP season, riding on Triumph machinery

The FIM Supersport World Championship will have a new name and new face on the 2023 grid as Harry Truelove joins the Championship with the Dynavolt Triumph team for his first campaign on the world stage. Truelove made his debut in the 2022 season with a wildcard appearance on Yamaha machinery at Donington Park but will now make a full-time switch to the Championship for the 2023 season.

Truelove’s debut round was on home soil at Donington Park on the Yamaha YZF-R6 and he showed strong pace throughout the weekend and took 25th in the Tissot Superpole session after setting only four lap times, lapping around the pace of some Championship regulars. Sadly for Truelove, he was unable to finish either race at Donington: he did not start Race 1 and he brought his bike into the pits in the early stages of Race 2 to retire from the race.

In 2022, Truelove competed in the British Supersport championship and took third place in the standings with one win and ten podiums in 22 races. This followed on from an impressive 2021 campaign when he took fifth in the standings, with three wins, while he was sixth in the 2020 season. His career in British Supersport started in 2016 before a full-time switch in 2017 when he finished in 21st place. 18th place followed in 2018 before his breakout season in 2019 when he took fourth place overall.

Discussing his switch to WorldSSP for 2023, Truelove said: “I am thrilled to be joining the Dynavolt Triumph team. Competing in WorldSSP has always been my dream and I am excited to make this dream a reality with Triumph. I want to thank Simon for trusting in me and giving me this incredible opportunity and all of my family for always cheering me on and supporting me all the way. I’m looking forward to this new challenge as I channel my efforts to prepare for the season ahead.  I have full faith in myself and the team that we can achieve some great results together over the coming season.”

Dynavolt Triumph Team Manager Simon Buckmaster added: “We’d like to welcome Harry to the team. I’ve watched him for a couple of years and last year of course we competed against him in the British championship. We had discussions last year with Harry and his family about riding for us and this year we spoke again. It’s good for us as a British team, with a British bike to have a British rider.  Also, to bring this rider up from British Supersport, I see as a good thing for British motorcycle that young riders see the progression from national championship to the World Championship. It’s good in a patriotic way for Britain. We have discussed it, we know it’s a big step up and there’s some hard work in front of him but we have some good guys around us, we’re a close-knit team, there’s almost a family atmosphere and we will create that environment for Harry to grow and be successful in World Supersport. I’m looking forward to testing and the start of the season.”

Get set for the 2023 WorldSSP season by re-watching some of the incredible races from the Championship’s history using the WorldSBK VideoPass!