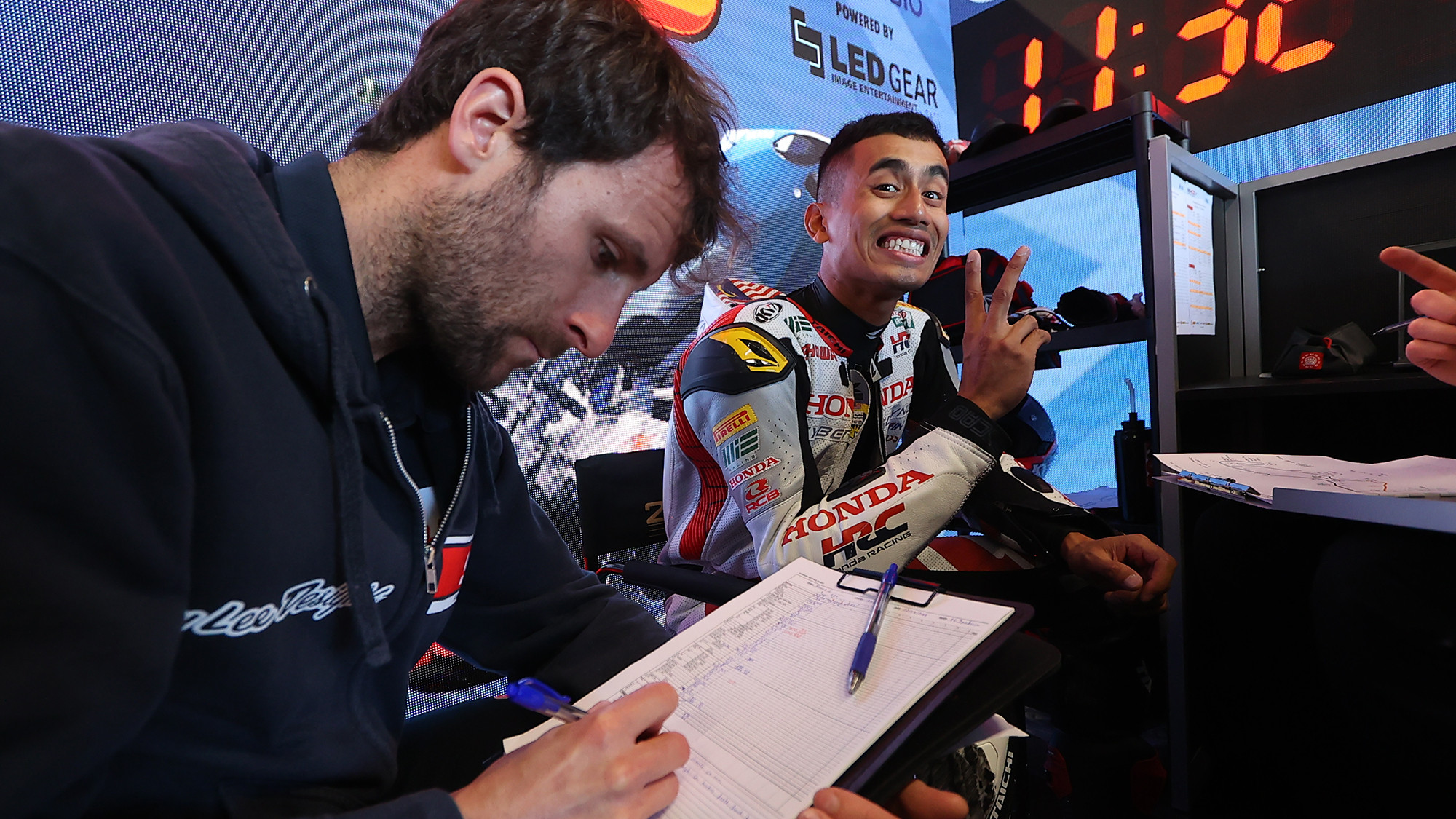 After making his debut this season, the Malaysian rider will stay with the MIE Honda Racing Team for a second campaign

Malaysian rider Hafizh Syahrin will remain in the MOTUL FIM Superbike World Championship paddock after signing a deal to race for the MIE Racing Honda Team for a second consecutive season. Syahrin made his debut in WorldSBK with the team this season and will remain with the Independent Honda squad for a second season as the team opts to keep some continuity heading into the 2023 campaign.

28-year-old Syahrin scored points on four occasions in 2022, finishing 23rd in the Championship standings after outscoring teammate Leandro Mercado. He scored a best result of 12th place on two occasions, once in Race 2 at the Autodrom Most and again in the Tissot Superpole Race at the season-ending Australian Round at the Phillip Island Grand Prix Circuit. Syahrin will be aiming to build on this for his second season with the team, where he will partner Brazilian rider Eric Granado.

Before making his WorldSBK debut, Syahrin competed in both Moto2™ and MotoGP™. He made his Moto2™ debut in 2011 on home soil at Malaysia, before returning a year later and finishing in third place. He made a full-season switch to Moto2™ in 2014 and finished in the top ten on three occasions, before six further top-ten finishes in 2015. In 2016, he recorded his first top ten Championship finish with ninth before backing that up with tenth and two podium finishes in 2016.

He then had two MotoGP™ seasons where he was consistently fighting for the points-scoring positions, racking up 46 points in his first campaign in 2018 with a best finish of ninth. 2019 was more of a challenge for Syahrin as he scored only nine points before returning to Moto2™ for the 2020 and 2021 seasons, taking a best of sixth place in those two seasons.

Syahrin said: “I’m very happy to stay with the MIE Racing Honda Team again next season. I know that Midori (Moriwaki) is putting together a stronger package for 2023 while I will focus on giving all that I can, building on last year’s experience and aiming to finish in the points at every race. My primary target is to be more competitive and I’m ready to work hard to achieve that.”

Team Owner Midori Moriwaki said: “I am extremely pleased to announce the contract extension with Hafizh who made his debut with us in World Superbike and has grown steadily throughout the season. I think that he and Eric will form a strong and competitive pairing and will help us to both develop our project with Honda in the category and promote the WorldSBK Championship and motorcycling in South America and Asia, two extremely strategic regions for our sport.”