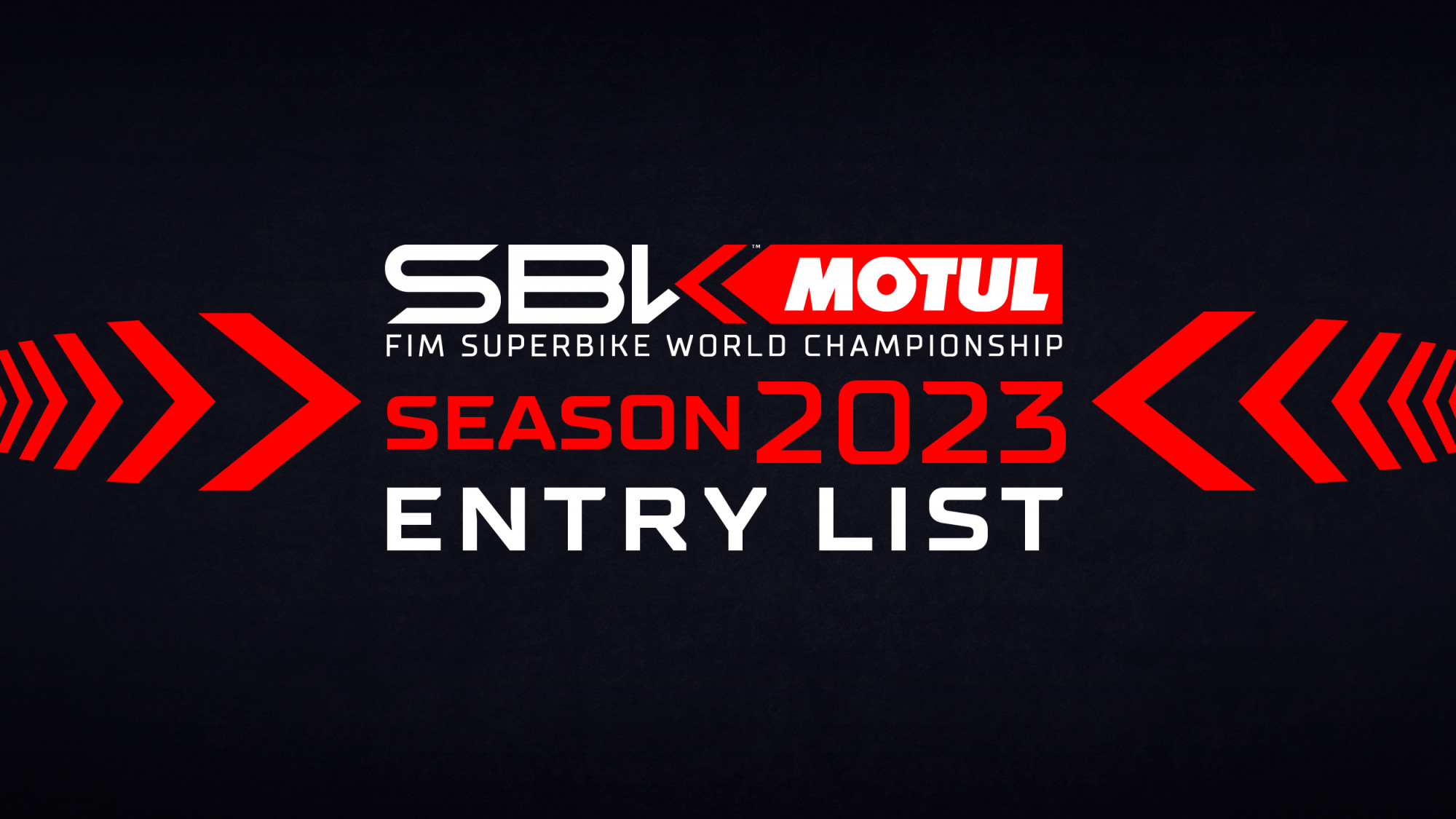 With the 2022 MOTUL FIM Superbike World Championship now in the history books, attention is turning to the 2023 season which starts in February. The provisional permanent entry list for WorldSBK in 2023 has been released with 23 riders set to take to the track next year when the season gets underway and, while there are no changes at the factory teams, there have been plenty of changes up and down the grid at the Independent outfits.

After impressive performances throughout the season, Ducati, Yamaha, Kawasaki, Honda and BMW have all opted to remain with their line-ups for the 2023 season. Alvaro Bautista (Aruba.it Racing – Ducati) will look to defend his title using the #1 plate, rather than his #19, and continues alongside Michael Ruben Rinaldi. At runners-up Yamaha WorldSBK Team, 2021 Champion Toprak Razgatlioglu returns to his traditional #54 plate after using the #1 throughout 2022 and he is joined by Andrea Locatelli for a third campaign. Jonathan Rea will also be looking to win the title next year with the Kawasaki Racing Team WorldSBK as he goes in search of a seventh title, and he is, once again, joined by Alex Lowes.

There is a slight rebranding for the BMW factory team as they become known as the ROKiT BMW Motorrad WorldSBK Team with riders Scott Redding and Michael van der Mark aiming to take the new M 1000 RR to the rostrum in 2023. The Honda factory team, Team HRC, will also retain the same line-up as Iker Lecuona looks to build on his one podium from 2022 and Xavi Vierge aims to score a podium finish.

There’s a change at the Bonovo Action BMW team as Garrett Gerloff joins the Independent BMW team from GRT Yamaha, jining Loris Baz who has his second season with the team in 2023. At MIE Racing Honda Team, Malaysian rider Hafizh Syahrin will stay for a second campaign after a strong end to his rookie season and he will be joined by Eric Granado; Granado competed for the team on a one-off appearance in 2020 but will have a full campaign in 2023.

There are some new faces on the 2023 grid as well as some returning faces or motorcycling veterans. 2013 Champion Tom Sykes returns to Kawasaki machinery with the Kawasaki Puccetti Racing outfit, while two-time MotoGP™ race winner Danilo Petrucci will make his WorldSBK debut with the Barni Spark Racing Team.

There is also the debut of the GMT94 Yamaha team in WorldSBK, with the team running 2022 WorldSSP runner-up Lorenzo Baldassarri for his maiden WorldSBK campaign. Baldassarri will be joined by his title rival from 2022 as Dominique Aegerter makes the step up to WorldSBK with the GYTR GRT Yamaha WorldSBK Team alongside 2021 Moto2™ World Champion Remy Gardner as the Australian steps across from MotoGP™. Yamaha Motoxracing WorldSBK Team return for a second campaign in the Championship, employing the services of 2022 British Superbike champion Bradley Ray. Ray will only compete in the European rounds of the season.

REMAINING THE SAME: staying in place

Italian rider Axel Bassani will stay with the Motocorsa Racing team for the 2023 season as he hopes to continue impressing on the Ducati Panigale V4 R machine, while fellow Independent Ducati rider Philipp Oettl also stays with the Team GoEleven squad for his second campaign in WorldSBK. Czech rider Oliver Konig ended the 2022 season with two points finishes in two rounds and he stays with the Orelac Racing VerdNatura squad for his second campaign.

Get set for an incredible 2023 WorldSBK campaign using the WorldSBK VideoPass!