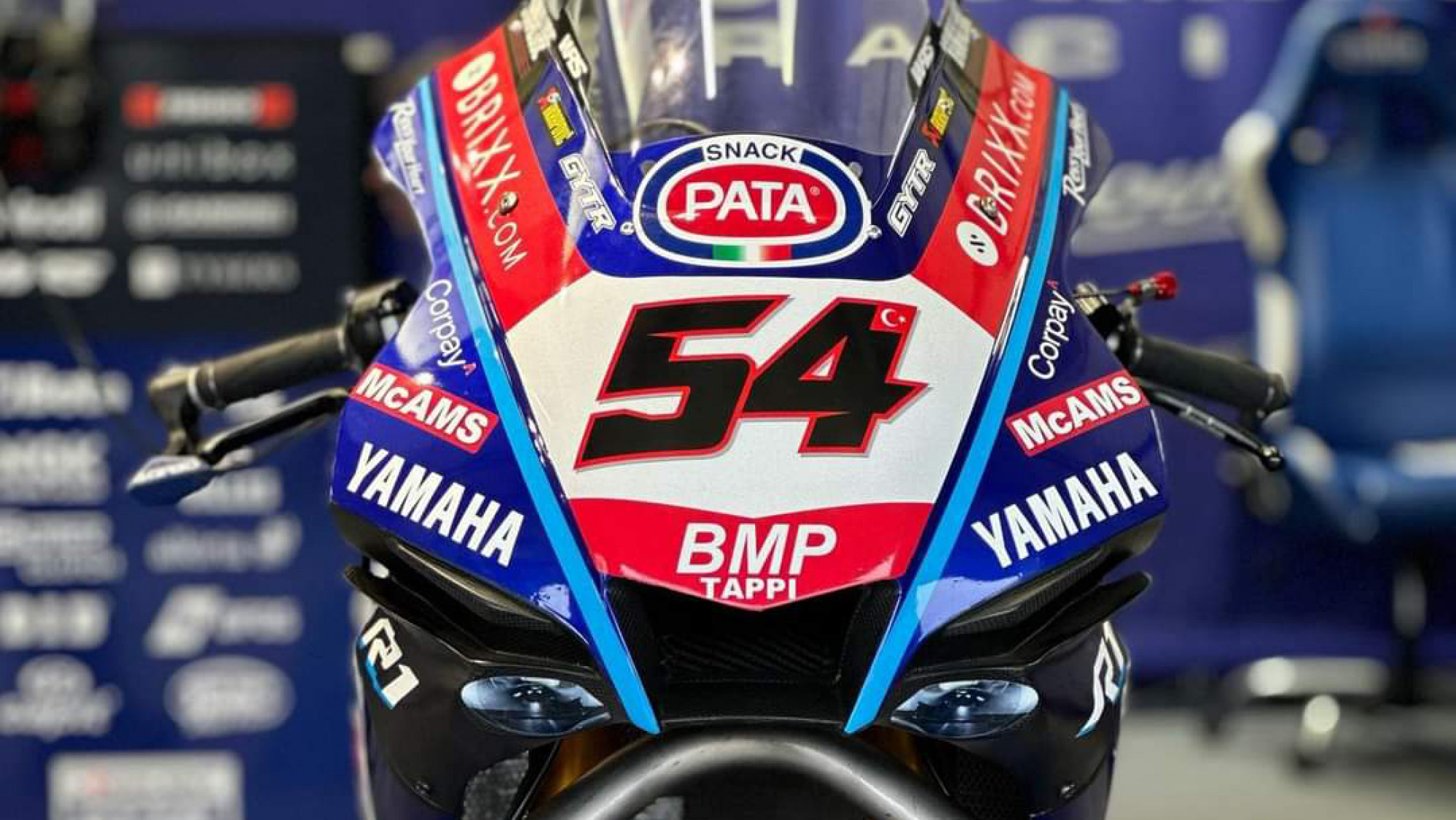 Toprak Razgatlioglu and Andrea Locatelli both took part in the wet-weather test at Jerez on Tuesday, Wednesday and Thursday

The three-day test at the Circuito de Jerez – Angel Nieto came to a close on Thursday with the Pata Yamaha with Brixx WorldSBK team taking advantage of the difficult conditions across all three days to test some “hardware” and “evolution of the software platform” on the Yamaha YZF-R1 for 2023. Toprak Razgatlioglu took part in the test on Tuesday and Wednesday while teammate Andrea Locatelli stayed to test on Thursday as well, with the sun making a rare appearance at the test on Thursday afternoon.

Rain had been an issue throughout all three days of testing but both Razgatlioglu and Locatelli were keen to test some new components as well as working on their wet weather performance; something which has been a weakness for Razgatlioglu in the past although, in recent wet-weather races, he has been quicker and more consistent. The pair were also joined by Yamaha Endurance World Championship competitor and test rider Niccolo Canepa, who helped put the Yamaha YZF-R1 machine through its paces.

Looking back on the test, where Razgatlioglu only took part on Tuesday and Wednesday, he said: “It was a bit too much rain in Jerez, it would have been good to have had some dry time, but it was still fun for me. In the last part of this season, we have made some progress in the rain, and we could see that during this test in Jerez, where I felt much more comfortable in the wet. We have improved, which is a good way to close the season, so I am very happy about that.”

Reviewing the test for the team as a whole, Team Manager Paul Denning said: “There was quite a lot of material and developments that Yamaha needed to be shaken down and ideally decisions made on for the 2023 season. Even if the wet conditions didn’t allow us to evaluate these fully, we still got some very valuable kilometres and found out some interesting directions both in hardware, with the main target looking for increased rear grip, and acceleration and with the electronic settings and evolution of the software platform.

“One very positive point was to confirm Toprak’s development of speed in the wet conditions. It was his weak point in the past, but he’s improved a lot over the course of the last two years and the test, on day one, re-confirmed that position again. He completed a lot of laps and every single lap had a very good pace and was considerably faster than the other riders attending the test. This was a positive to take away from it and, for Locatelli, who’s running on the final day of the test whereas Toprak went back home after a day and a half’s running, Loka’s taken some good steps on the final day particularly working in the wet conditions with some electronic strategy developments and, again, re-confirming the direction in terms of searching for rear grip with the hardware development.

Loka is also testing this morning. He was back after one lap for a rain jacket! #WorldSBK pic.twitter.com/w3rIgpLgeo

In contrast to Razgatlioglu, Locatelli took part in all three days and waited on Thursday to see if the track would dry out during a rare break in the wet weather conditions. Locatelli’s running was completed in wet and, despite a “small crash” during the test, was able to test some new components on the Yamaha machine as the Japanese manufacturer goes in search of a step forward in order to re-gain the Championships they lost in 2022.

Discussing his test, Locatelli said: “We tried some new parts and we tried to compare it to the old ones to understand, in the wet, if we have good things. In general, the last day of testing was positive, I think. We understood some more things and we are riding fast. In general, we have a lot of data. Unfortunately, it’s just in the wet, but we have some data to look at during the winter to understand things. In the end, I am not really happy because we were riding only in wet conditions and we can’t do anything in the dry. We don’t understand everything, and we don’t try every single part to see if it’s better or not. It’s important for the guys to have a lot of data to look at. It’s a good experience to ride in the wet for the future. In the end, it’s positive. Just one small crash but this is normal in the rain. Sometimes this happens.”

Locatelli’s crew chief, two-time WorldSSP Champion Andrew Pitt, was happy with the test despite the conditions. He said: “It’s always a question in winter testing, when it’s cold, whether to do a lot of mileage in the rain and we normally don’t do it. We’re kind of forced to here due to the weather, it was never going to brighten up. I think it’s been good for Loka, he’s worked through a lot of things and we found a better wet base. We explored a few options that we never get to do during a race weekend, where you have to just throw a wet setting at it and go. We got some good direction there and I think today, the final day, we made some really good steps with the software. Hopefully it transfers to the dry, but we’ve got a much better wet bike than we had before. Next time we need a wet bike, we know what to use.”

Re-watch the best moments from the 2022 WorldSBK season and get set for 2023 using the WorldSBK VideoPass!