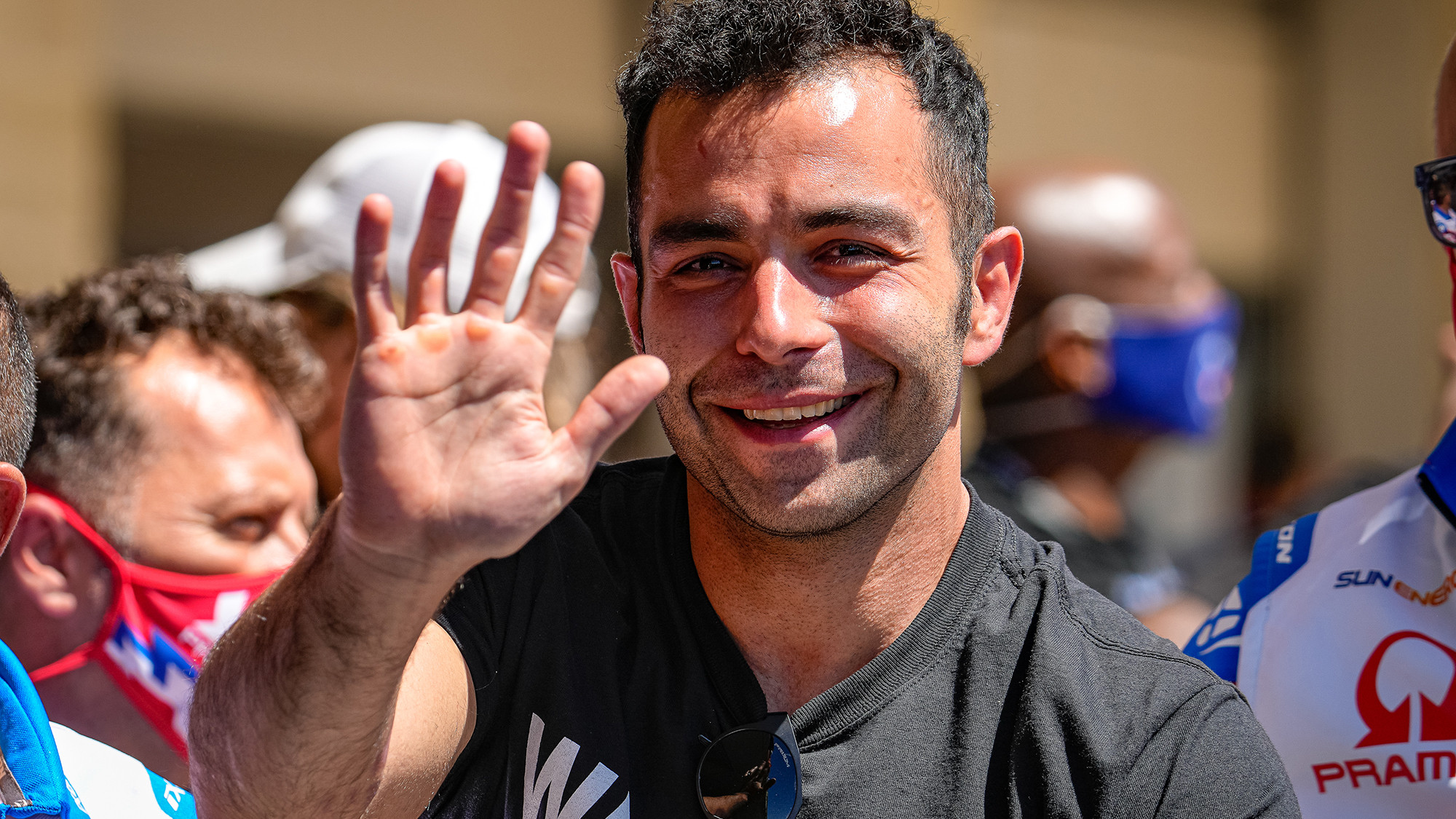 The Italian rider will take part in his first WorldSBK campaign, although he has competed inside the paddock before

Danilo Petrucci will make his MOTUL FIM Superbike World Championship debut in 2023 after inking a deal with the BARNI Spark Racing Team for next season, with Petrucci returning to the paddock he started making a name for himself in. Petrucci fought for the 2011 STK1000 title with the Barni Ducati team and he returns to the team for the 2023 WorldSBK campaign, returning to the world stage after a year of competing in the United States.

Petrucci made his first appearance inside the WorldSBK paddock back in 2007 when he made his STK600 debut on Yamaha machinery, staying in the Championship for three seasons after six poles and three wins. For 2010, he moved into STK1000 for two seasons, first with Team Pedercini on Kawasaki machinery and then with Barni Ducati. Four wins and six pole positions in ten races followed as he took second in the Championship, before moving into MotoGP™.

He spent ten full seasons competing in MotoGP™ and is a two-time race winner in the Championship, winning the 2019 Italian Grand Prix at Mugello and the 2020 French Grand Prix at Le Mans. He spent most of his career racing for Ducati and he was with the Italian brand between 2015 and 2020 and it was with Ducati he had most of his success. Two wins and 10 podiums all came on Ducati machinery, while his final full season was with KTM and he had a one-off appearance with Suzuki in 2022.

After his final full season in MotoGP™, Petrucci switched back to production-based machinery with a move to the United States in MotoAmerica, on the Ducati Panigale V4 R. Petrucci fought for the title in his one season in the USA, claiming five victories as he finished in second place behind Jake Gagne. He also ventured into the Dakar Rally with KTM at the start of 2022, winning one stage of the iconic off-road event.

For 2023, Petrucci will stay with the Ducati Panigale V4 R as he returns to Barni Ducati but for his maiden WorldSBK campaign. Discussing this, he said: “I’m really pleased to be back with Barni. 2011 was one of my best ever seasons but, more importantly, I couldn’t say no to the chance to race in World Superbike with such a competitive bike. It’s a Championship in which I’ve never competed in, and I can’t wait to measure up against the competition. I want to thank the entire Barni team for giving me this opportunity and everybody that has contributed to making this agreement possible.”

Team manager Marco Barnabo added: “I’m very happy to welcome Danilo back to the team. As always, we will do our best to provide the rider with everything he needs to be competitive. His talent is not up for debate. We know there’s a lot of work ahead because we’ll be up against riders with a lot more experience in WorldSBK than he has, but, with his motivation and our hard work, we know we can do well. A massive thank to all sponsors or the support in this new adventure and to Ducati.”

Get set for the 2023 campaign by re-watching some incredible moments from WorldSBK history using the WorldSBK VideoPass!