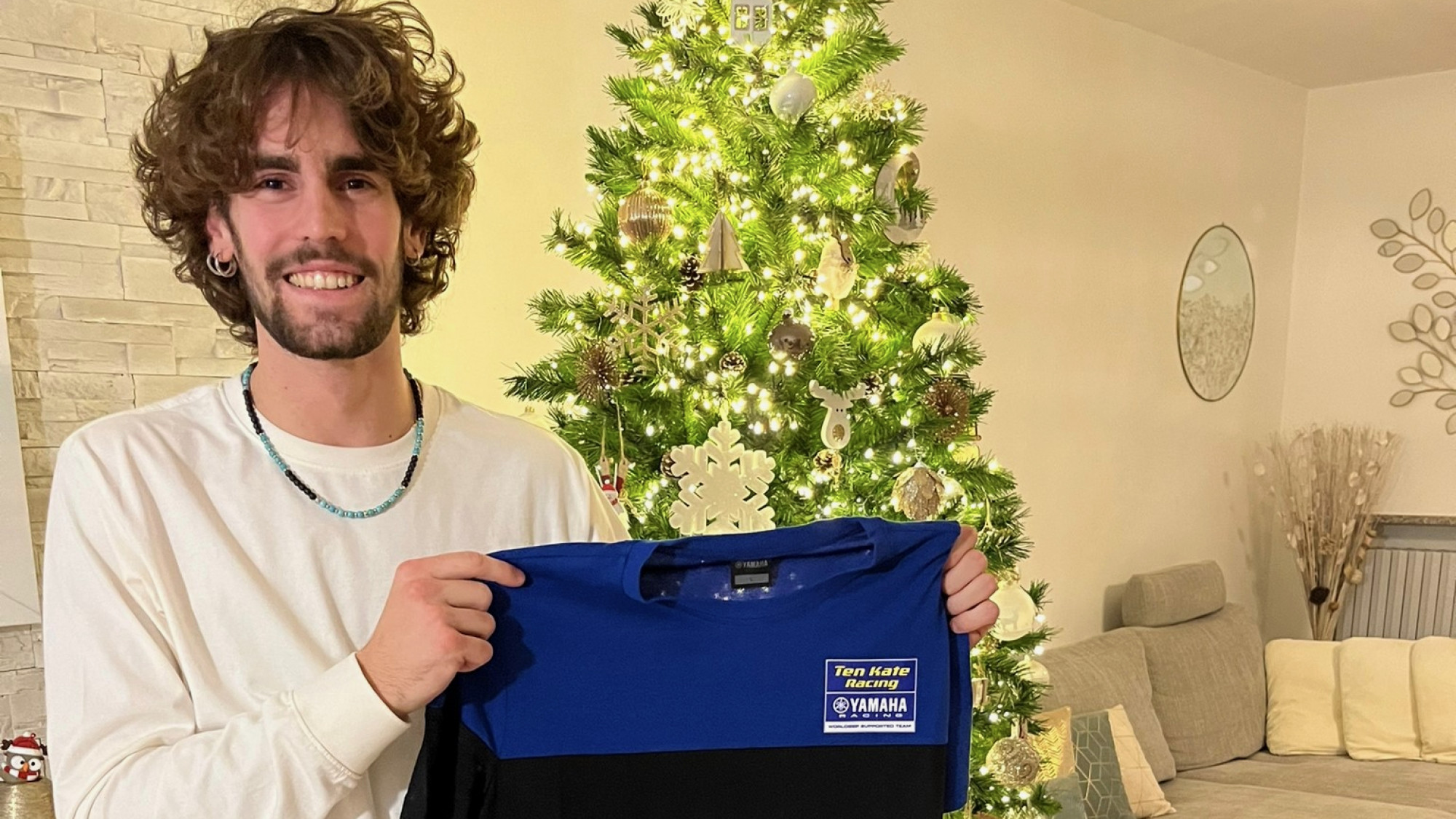 The shape of the 2023 FIM Supersport World Championship grid continues to form, with the latest signing in Stefano Manzi. The Italian rider will stay in the class but move from Dynavolt Triumph to Ten Kate Racing Yamaha, where he will join Jorge Navarro on the Yamaha YZF-R6.

Manzi debuted in the class in 2021 and returned for a full campaign in 2022, taking Triumph’s first ever WorldSSP victory in Portugal in Race 1 at the Portimao circuit. Now moving onto a Yamaha and with a team that recently took Dominique Aegerter to his second consecutive riders’ Championship title, he will be confident of hitting the ground running when pre-season winter testing begins in January.

Prior to his WorldSSP campaign, Manzi competed in Moto2™ from 2017 to 2021, and made three one-off appearances in 2022, recording a best Championship finish of 19th in 2019 and 2021 with the Italian not standing on the rostrum. His move into Moto2™ came after one full Moto3™ campaign in 2015 when he scored 10 points on his way to 27th in the standings. He made three appearances in 2016 and finished fourth at Silverstone, his best result in Moto3™ and Moto2™.

His October victory and five podiums throughout 2022 saw Manzi finish his debut season in the class with 209 World Championship points and sixth place in the final Championship standings. Talking on his exciting opportunity for 2023, Manzi said: “This is one of the best Christmas presents a rider can wish for: it's fantastic to sign a contract with Ten Kate Racing. I have a lot of confidence in this project of Ten Kate Racing and Yamaha. After a first year in the World Supersport Championship, I think this is the perfect combination to show my potential. I can't wait to get on the track and work with this team."

Kervin Bos, Ten Kate Racing’s team manager welcomed Manzi to the squad: "At the end of this year, we can look back on a great season with both the rider’s title and the Teams’ Championship: a period we are incredibly proud of. Now we look ahead to 2023 and where we previously presented Jorge Navarro, we can now proudly announce that Stefano Manzi will be his teammate at Ten Kate Racing in the World Supersport Championship. The young Italian rider from the VR46 Riders Academy has a lot of Grand Prix experience and already completed a year in the WorldSSP Championship, and not without success.

“We are very proud of this rider line-up for 2023. Ten Kate Racing would like to welcome Stefano and wish him the best of luck. We look forward to seeing both riders in action together for the first time at the end of January during the pre-season test at the Autodromo Internacional do Algarve in Portimao."