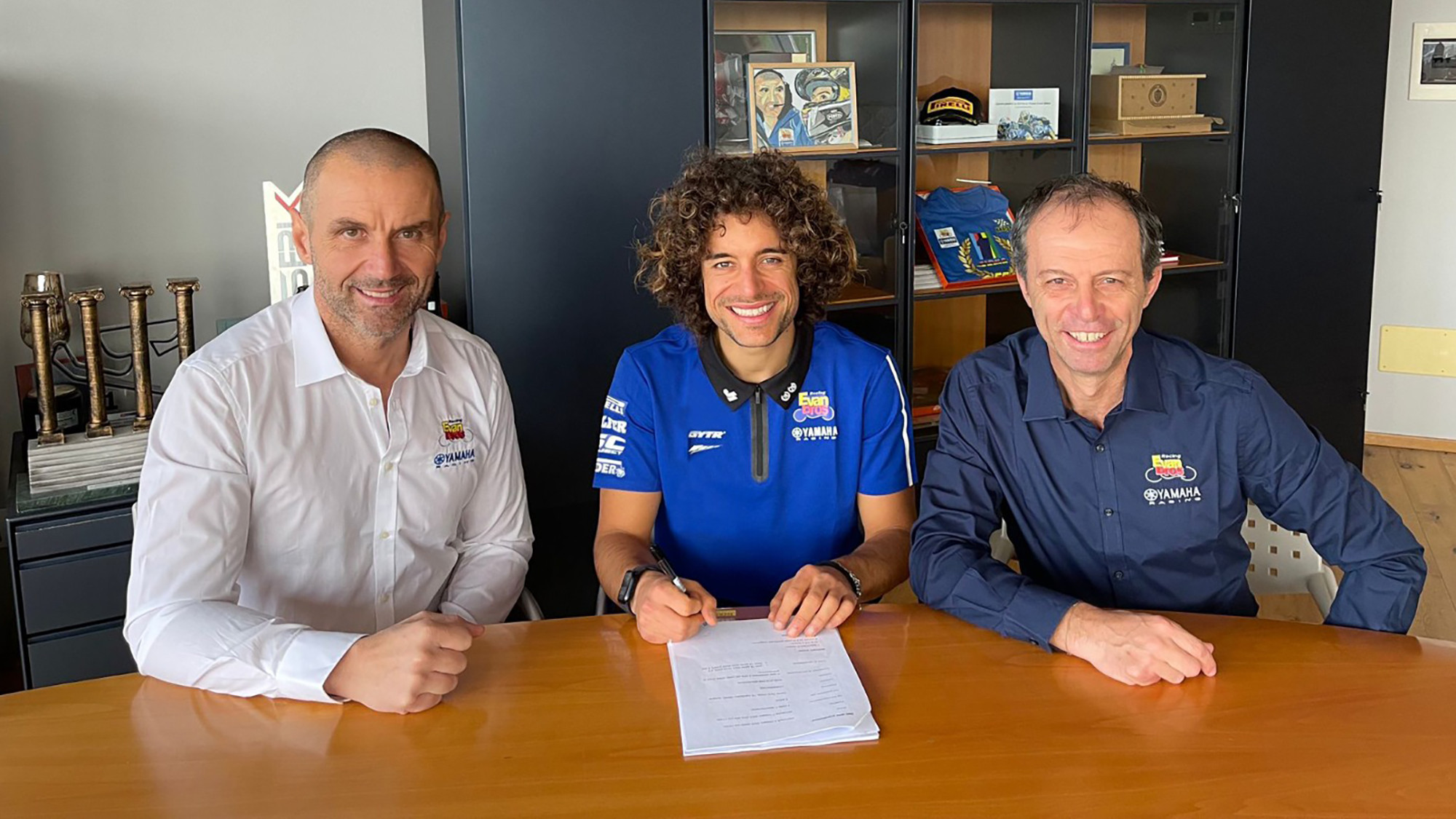 Italian rider Andrea Mantovani will make his debut in WorldSSP next year as he looks to fight for wins and podium with the Evan Bros. WorldSSP Yamaha Team

The FIM Supersport World Championship will feature a new name on the grid in 2023 as Andrea Mantovani links up with the Evan Bros. WorldSSP Yamaha Team for his maiden campaign in the Championship. After competing in STK1000 between 2016 and 2018, Mantovani has also appeared in the MOTUL FIM Superbike World Championship as a wildcard on two appearances but will now feature in WorldSSP on a full-time basis next season.

Mantovani’s career started out in his native Italy in the CIV 125cc class in 2008, where he competed on-and-off for five years, taking four podiums in total. He dovetailed that with some running in Spain, at the same level, before moving onto the CIV STK600 class in 2014 and CIV Supersport in 2014. He took three podiums in that class in 2015, finishing sixth in the Championship, before embarking on a challenge in STK1000 inside the WorldSBK paddock.

He took part in one full season of STK1000, scoring 46 points on his way to tenth in the Championship, before returning to Italy in the CIV Superbike class. He also had one race in STK1000 in 2017, scoring points, and a further three races in 2018 where he took 19 points in total. During his time in CIV Superbike, Mantovani scored two podiums and took a best finish of eighth in the standings, before competing in the MotoE™ World Cup in 2021 and 2022. He finished 14th and 16th respectively in MotoE™, while he also returned to CIV Superbike in 2022 and finished fourth in the standings with four podiums.

He took a best finish of 14th in his two wildcard outings in WorldSBK for the Vince64 team, who ran with the Kawasaki ZX-10RR machine. He took part at the TT Circuit Assen and Circuit de Jerez – Angel Nieto, finishing 14th in Race 1 at Assen to take home two points. For 2023, he will return to the world stage in WorldSSP on the Yamaha YZF-R6 machine that the Evan Bros. WorldSSP Yamaha Team have been so competitive with.

Discussing his move to WorldSSP, Mantovani said: “"I am really happy to have signed with the Evan Bros. WorldSSP Yamaha Team, it is a wonderful opportunity. I will have to adapt quickly to riding the WorldSSP machine, after a few seasons on a Superbike, but I am sure that by working hard we can be competitive straight away. We will start the season at two tracks that I don't know, but that shouldn't scare us: I can't wait to start this wonderful adventure.”

Fabio Evangelista, Team Principal, added: "I am very happy to welcome Andrea to the team. He's a guy we've been following for a while: we think he's an excellent rider, capable with the right items of expressing his high potential. He will certainly need a period of adaptation, but I'm sure together we can quickly have fun and get results. I want to thank Yamaha, who will support us again next season by believing in us, and all the partners who have made this agreement possible.”