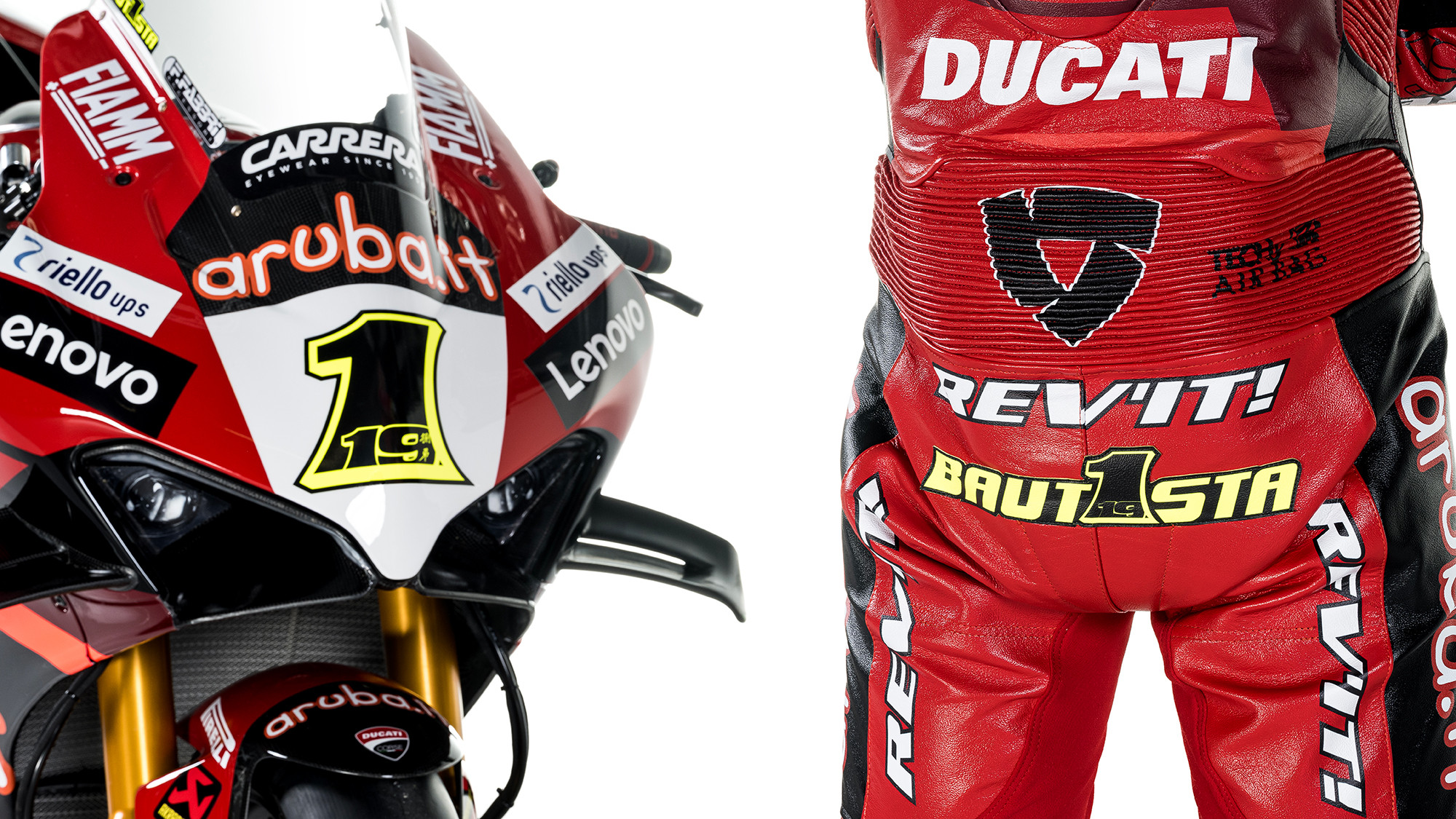 Sporting the #1 plate for Bautista as reigning Champion, Ducati unveiled their 2023 challenger in a presentation in the Italian Alps

After an incredible 2022 campaign where they won the Riders’, Manufacturers’ and Teams’ titles in the MOTUL FIM Superbike World Championship, the Aruba.it Racing – Ducati squad have unveiled their Panigale V4 R for their title defence. There was lots of speculation about whether Riders’ Champion Alvaro Bautista would stick to his traditional #19 plate or switch to the famous #1 reserved for those defending their title with the Spaniard choosing to switch to the #1 plate for 2023; the #1 design featuring his #19 in a smaller font.

Bautista will compete in his third season for Ducati, following on from 2019 and 2022, and he will be partnered once again by Michael Ruben Rinaldi who remains with the team for his third campaign. The pair will look to help Ducati retain all their titles from 2022 on a bike that features a mostly red livery with areas of black and splashes of orange, while the winglets feature the colours of the Italian flag.

Check out official Aruba.it Racing – Ducati merchandise on the WorldSBK Store and get set for 2023 by re-watching some incredible moments from WorldSBK history using the WorldSBK VideoPass!