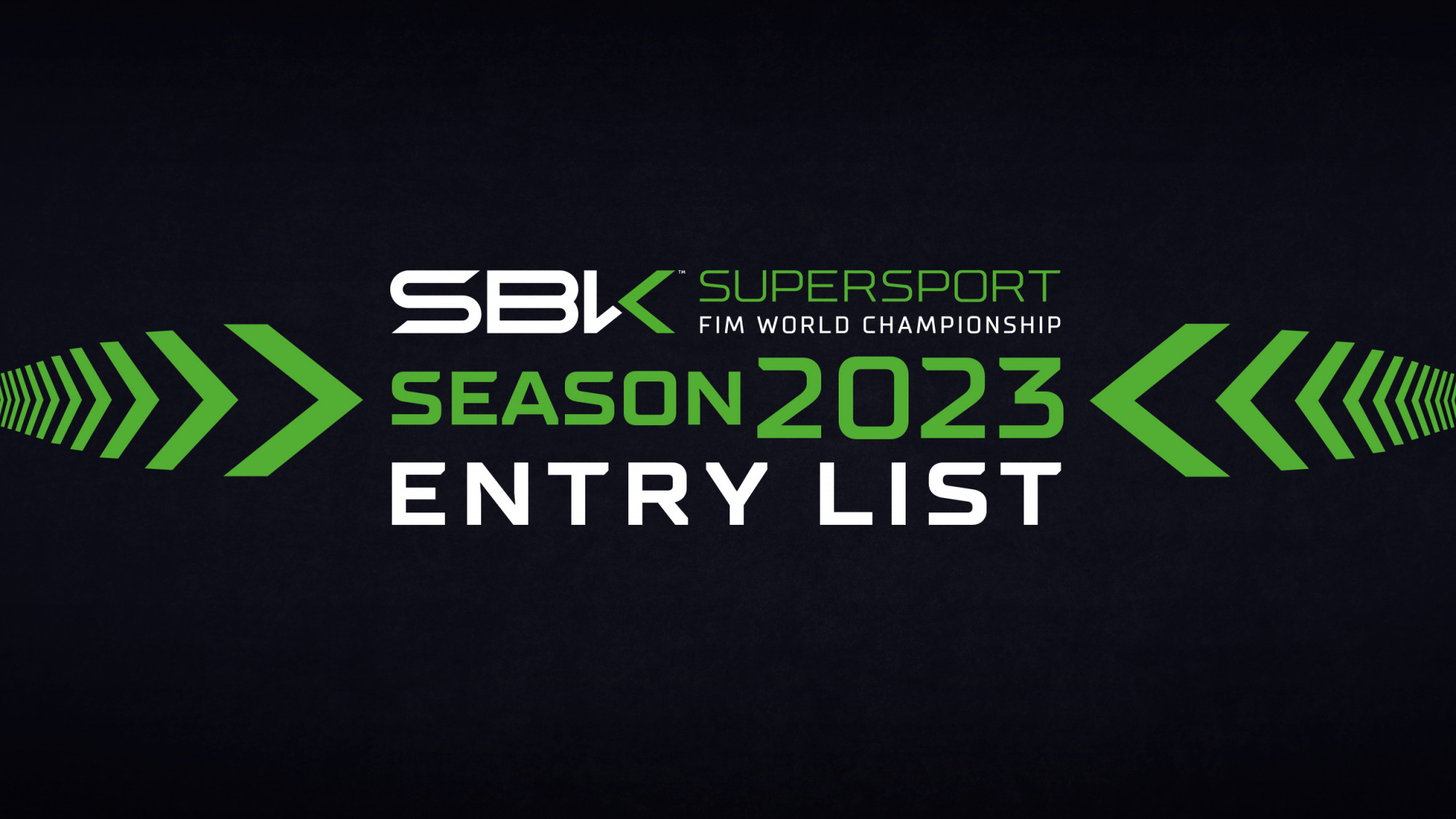 30 full-time riders are set to tackle the FIM Supersport World Championship in 2023 with the full details of the provisional entry list now available. Honda make a return to the Championship with the CBR600RR machine, bringing the total manufacturers on the grid to six, while there are changes at the teams who have fought for the title in recent seasons. Out of the 30 riders, eight are set to contest the WorldSSP Challenge and compete in the European rounds only.

With two-time Champion Dominique Aegerter and 2022 runner-up Lorenzo Baldassarri moving to WorldSBK for 2023, there are changes at 2022’s top two teams. Ten Kate Racing Yamaha will look to make it three titles on the bounce with Jorge Navarro making his WorldSSP debut, alongside Stefano Manzi who switches to Yamaha. The Evan Bros. WorldSSP Yamaha Team have opted to go for a one-bike line-up in 2023 with Andrea Mantovani the team’s sole rider, while there’s an all-new line-up at Dynavolt Triumph: Niki Tuuli switches from MV Agusta while Harry Truelove makes his full-campaign debut. Like Evan Bros. Yamaha, the Kawasaki Puccetti Racing team will only have one rider in 2023 with Can Oncu remaining with the squad. MV Agusta Reparto Corse have signed German rider Marcel Schroetter for 2023 alongside Turkish rider Bahattin Sofuoglu, with Sofuoglu competing in the full season after taking part in the WorldSSP Challenge in his rookie campaign.

HONDA’S RETURN: two bikes as they look for success

Honda last competed in WorldSSP in the 2020 season but, after a two-year absence, return to the Championship with the CBR600RR machine. The MIE – MS Racing Honda Team will field Malaysian rider Adam Norrodin alongside British Superbike champion Tarran Mackenzie. Honda have 10 titles, 104 wins and 283 podiums so far in WorldSSP, ranking them as one of the most successful manufacturers in the Championship and will be looking to add to that in 2023.

WorldSSP300 CHAMPIONS IN WorldSSP: staying in place while others move up

2022 WorldSSP300 Champion Alvaro Diaz will make his WorldSSP debut in 2023 with the Arco Yart Yamaha WorldSSP outfit, taking part in the WorldSSP Challenge. Adrian Huertas, the 2021 WorldSSP300 Champion, remains in the MTM Kawasaki squad for 2023 as he looks to build on a solid rookie campaign. Two WorldSSP300 race winners will join them in 2023 as Yuta Okaya makes his debut with the Prodina Kawasaki Racing WorldSSP team and Tom Booth-Amos switches to Motozoo Racing by Puccetti for 2023 after finishing the season with the team. He is joined by Luke Power for his debut, with Okaya, Booth-Amos and Power all taking part in the WorldSSP Challenge.

DEBUTS AND FULL CAMPAIGNS: looking to make a mark

Moto3™ stalwart John McPhee will make his WorldSSP debut in 2023 as he links up with the newly-formed Vince64 by Puccetti Racing team. Thai duo Apiwath Wongthananon and Anupab Sarmoon will become the first riders from Thailand to race in WorldSSP since Ratchada Nakcharoensri in 2019 as they join the Yamaha Thailand Racing Team for their debuts. Nicholas Spinelli will have a full season campaign in 2023 with the VFT Racing Yamaha squad, joined by Maiki Abe, son of Norick Abe, who will take part in the WorldSSP Challenge. Tom Edwards will take part in the WorldSSP Challenge in 2023 with the Yart – Yamaha WorldSSP Team after he had several wildcards throughout 2022. After several one-off appearances for the GMT94 Yamaha squad, Valentin Debise will compete for them in 2023 as the team’s sole rider.

CHANGING TEAMS: shaking up the grid for 2023

After his debut season in 2022, Oli Bayliss will remain in the Championship for 2023 and stays with Ducati machinery but will race for the D34G Racing team, alongside Maximilian Kofler with the Austrian rider competing in the WorldSSP Challenge. Phillip Island Race 1 winner Yari Montella secured the Barni Spark Racing Team spot for 2023 to ensure he remains on the grid, while Federico Fuligni moves to the Orelac Racing VerdNatura team in 2023 alongside Raffaele De Rosa; the pair re-united as teammates after the pair were together in 2020 at MV Agusta.

After taking several podium finishes last season, Nicolo Bulega will remain with the Aruba Racing WorldSSP Team for a second consecutive season as he aims to take Ducati to the top step of the podium. Federico Caricasulo ended the 2022 campaign in fine form and he, like Bulega, remains with his team for next season as Althea Racing keep the same line-up. Dutch rider Glenn van Straalen is another who remains in place for next season as he sticks with the EAB Racing Team outfit.

Get set for 2023 by re-watching some incredible moments from WorldSSP in years gone by using the WorldSBK VideoPass!