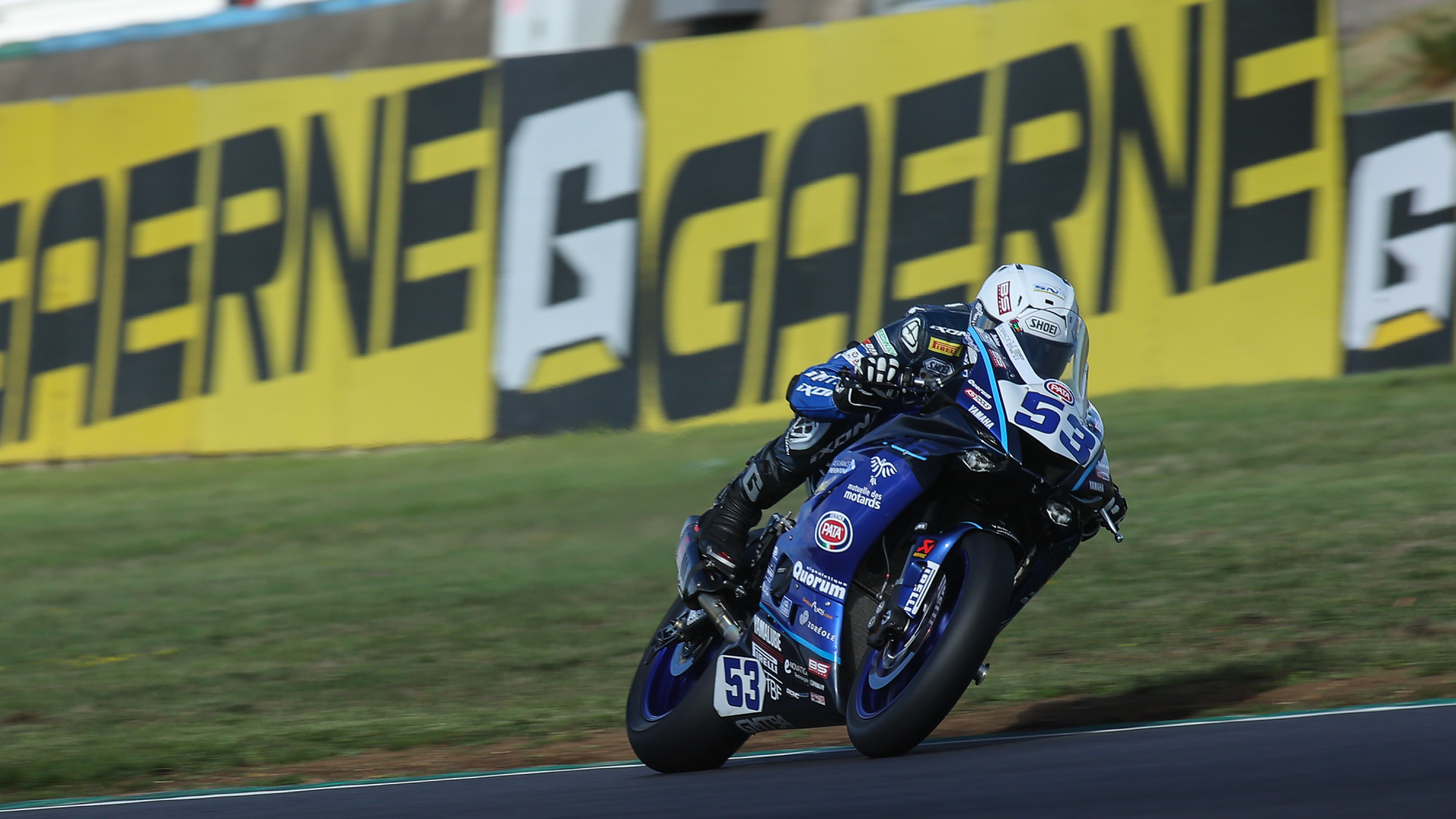 The French rider took top spot in a session where the track dried throughout the session, with the top two separated by just 0.023s

Weather played havoc with the FIM Supersport World Championship at the Circuit de Nevers Magny-Cours for the Pirelli French Round, with track conditions constantly improving throughout the 45-minute session, while a red flag also briefly stopped the session. In the end, it was wildcard rider and home hero Valentin Debise (GMT94 Yamaha) who took top spot in Free Practice 2 by just 0.023s as he ended the day quickest.

CONDITIONS IMPROVING: the best times come at the end of the session

A rain shower during the MOTUL FIM Superbike World Championship’s second practice session left the track damp despite starting to dry out before WorldSSP hit the track, which meant times at the start of the session were well off the pace. However, as the 45-minute session progressed, the times started to tumble and French rider Valentin Debise (GMT94 Yamaha) took full advantage to post the fastest of the day with a 1’41.776s, although there was little to separate him and the chasing pack.

Debise’s time was just 0.023s clear of Federico Caricasulo (Althea Racing) who finished in second place on a strong day for the Italian rider, with Caricasulo just a tenth ahead of Championship leader Dominique Aegerter (Ten Kate Racing Yamaha). Aegerter spend a good portion of the session in the garage but took to the track with the circuit at its driest during the session to move into third place after setting a 1’41.915s.

Despite the difficult conditions on track, Adrian Huertas (MTM Kawasaki) finished as the fastest Kawasaki rider as he took fourth place, just three tenths off Debise’s pace. He was less than a tenth clear of Nicolo Buelga (Aruba.it Racing WorldSSP Team) in fifth place while Jules Cluzel (GMT94 Yamaha), who recently announced his retirement at the end of the season, also had a strong day as he took sixth spot in FP2.

A BATTLE BREWING: little to separate riders fighting for a top ten

Estonian rider Hannes Soomer (Dynavolt Triumph), who took his first WorldSSP podiums at this circuit in 2020, took seventh spot with just 0.006s separating him and Niki Tuuli (MV Agusta Reparto Corse) in eighth, with the Finn posting a 1’42.580s in the second practice session. Home rider Andy Verdoia (GMT94 Yamaha) took ninth place just ahead of Kyle Smith (VFT Racing), with Smith rounding out the top ten although he did lead at times during the session.

INSIDE THE TOP 15: hoping to move up on Saturday

HOUSEKEEPING: to note from Friday’s running

Tom Booth-Amos (Prodina Racing WorldSSP) crashed at Turn 9 in the early part of the second half of the session, with the track conditions at Turn 9 required a brief red flag period with a little over 10 minutes to go to allow marshals to clear up gravel and debris. Booth-Amos had a second crash at Turn 3 when he hit a wet patch on track and lost the front of his Kawasaki machine. Lorenzo Baldassarri (Even Bros. WorldSSP Yamaha Team) also had a disrupted session as he crashed at Turn 2 in the latter stages of the session, with the Italian ending the session in 27th place. 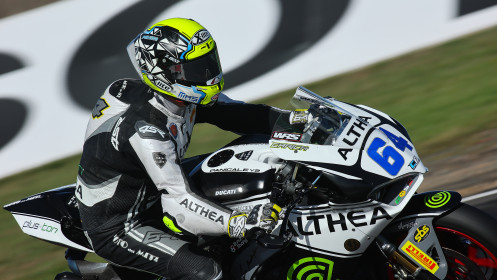 Federico Caricasulo took a stunning pole position by less than a tenth of a second, while Ducati took their first pole position since 2001