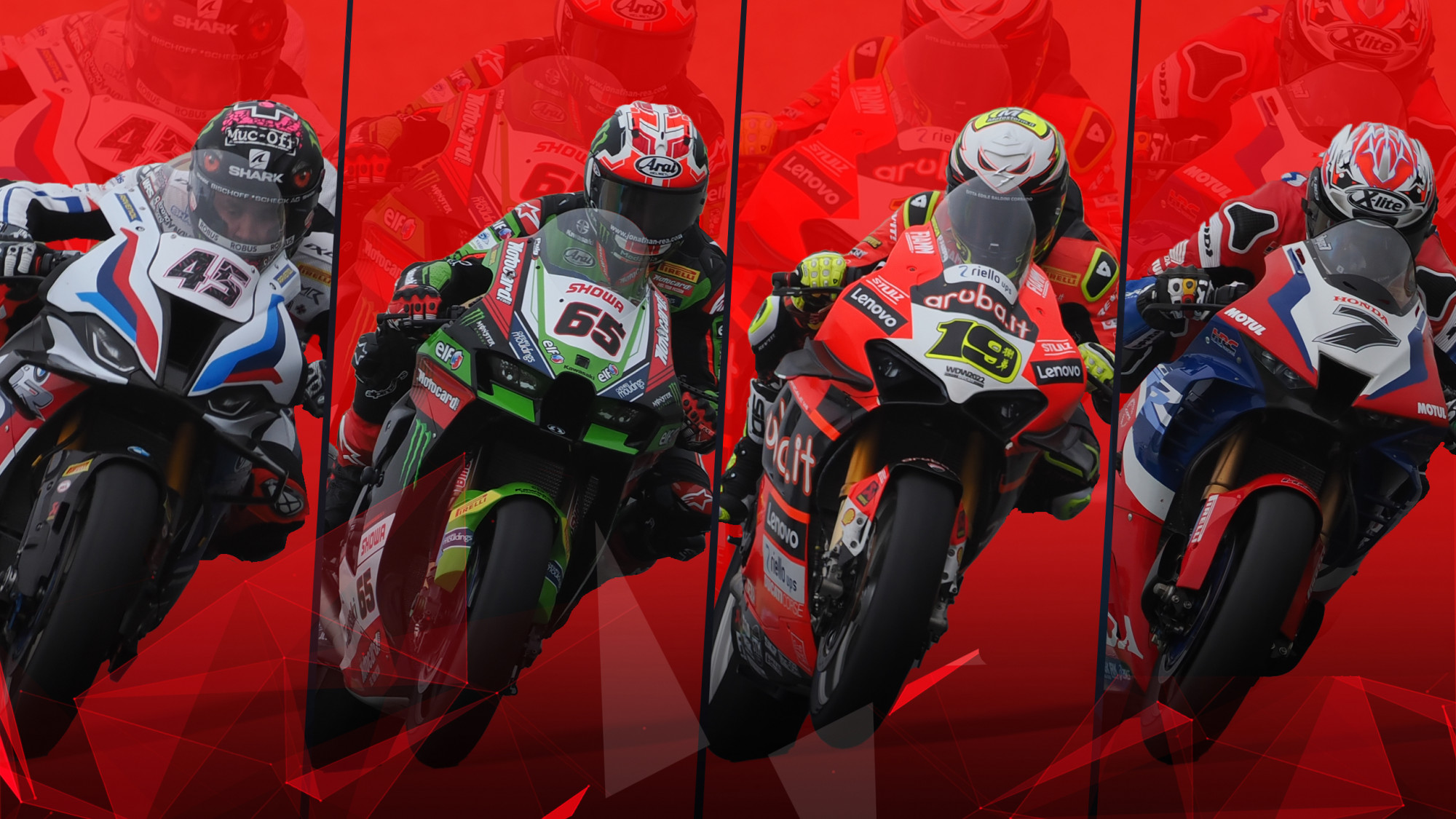 With some time away from the Championship battle, four factories took to different venues to work on finalising small details

The 2022 MOTUL FIM Superbike World Championship has seen a fierce battle for supremacy so far, making it all the more important that when the opportunities arise, testing to make gains and improvements must be taken. That’s why the factory teams of Ducati, Honda, Kawasaki and BMW have all been in action during recent days and weeks as they look to improve their package.

Starting with Ducati and Championship leader Alvaro Bautista (Aruba.it Racing – Ducati) testing at Misano, the Spaniard confirmed that he was focused on trying things instead of performance, something that isn’t worth the risk in a normal race weekend: "Today was an important working day as we wanted to have some tests that we can't have in a race weekend, to not compromise the good feeling with the bike. We had some ideas about some changes to make to the bike, we got a bit of info. Today we focused more on trying things rather than looking for the performance. We took off some doubts we had. It has been an important test, especially for avoiding more forward thinking if a thing can work or not.”

As for teammate Michael Ruben Rinaldi, he hailed the progress they made on his side of the garage and was under the lap record by more than three tenths: “Today was a really, really positive day. We worked really well, and I tried new things from Ducati; we understood what we needed for the future. Pirelli gave us different tyres that can be used in the future, and I really liked some of them. At the end of the day, I tried to push and I was quite impressed because I made a very, very fast lap; the first 1’32.963 and no WorldSBK bike has ever made it under a 1’33 at Misano. This means that the job we’re doing is going pretty well, so I’m so happy. We go to Donington Park with really good motivation, and I also come from the double podium. I can’t wait to arrive there; to push like I have at the test and ride like that again. I want to thank all the team, the people who push me to the limit and those who work with me.”

TEAM HRC TEST ROUND-UP: “We are improving a lot… a lot of Japanese came from the factory…”

Team HRC had also participated in a Donington Park track day with Iker Lecuona, whilst he was also on track alongside the factory Ducati’s at Misano. The Spanish rookie gave a resume of his testing prior to Donington Park, saying: “It’s been a busy few weeks for me before Donington Park. We went to Donington Park last week for one day. I was very happy because it’s a very difficult track; fun but difficult. I feel good and it’s nice to go because I can learn quicker; when it is time to race, I can put the focus directly on the bike and not on learning the track, so I don’t lose time.

“Then, we had two days testing at Misano and I’m very happy. We are improving a lot; the team did a great job. Also here, we had Tetsuta Nagashima on day two, on the other side of the box. A lot of Japanese came from the factory to know what we need to do on the bike to keep working and improving. To have Nagashima here is important for us because he’s a test rider in Japan, so now he knows what we need to do. I’m happy in general with day two, with all the Japanese guys and also from my side. We worked very hard, done a lot of laps and two long runs. It was very positive and very fast in compared to the race. All the focus is now on Donington Park.”

Speaking about his testing day at Misano, Nagashima said: “It’s been a really good experience for me because I’ve had the chance to understand the bike, the Pirelli tyres and the feeling with the CBR here at Misano. We completed a run with Iker today, I followed him and was better able to understand where we need to improve on the bike. I test the CBR in Japan and so this experience was very useful in that we could collect more direct information and also exchange opinions with Iker and Xavi. We worked very hard over these two days. The lap times were not too bad in the end, and the race simulation was also promising. We’ll keep working hard in Japan and I hope this will help the team and both Xavi and Iker.” As well as the factory team, Leandro ‘Tati’ Mercado (MIE Racing Honda Team) was also getting vital laps under his belt, as he made progress throughout the testing plan.

KAWASAKI AND BMW IN ACTION: MotorLand Aragon for KRT as BMW head for Donington Park

The other two manufacturers had low-key tests as they got down to business ahead of the Prosecco DOC UK Round. For Kawasaki, it was a short trip to MotorLand Aragon from their Barcelona base, with six-time World Champion Jonathan Rea (Kawasaki Racing Team WorldSBK) joined by teammate Alex Lowes. Whilst the team and riders kept information coy, Rea stated in an Instagram post that he and his team were “improving the bike in hot conditions”, something the ZX-10RR has struggled with at points in 2021 and at Misano this season. Lowes set 106 laps in one day, with British rider getting crucial track time in. For BMW, they tested new parts with Scott Redding (BMW Motorrad WorldSBK Team) and Loris Baz (Bonovo Action BMW) during a track day at Donington Park, which was cut short due to an incident involving other riders.

BARNI ON TRACK: Bernardi and Bayliss at Misano

The BARNI Spark Racing Team were also at Misano and both Luca Bernardi and WorldSSP rider Oli Bayliss made progress. Bernardi commented on the test: “The test was positive, even if we didn't focus on the times, I improved the pace compared to the race we ran here in mid-June. What I am doing is concentrating on adapting my riding style to the Panigale V4 R because I still cannot exploit its full potential. I want to thank the team that supports me on this path.”

Speaking about the test and the crucial track time, Bayliss said: “The Misano test was useful to see the behaviour of the bike after many laps in the heat. In the race at Misano, I always crashed in the early stages, and we lacked this data. Comparing the pace of our test with Race 1 and Race 2 two weeks ago, our pace was not bad at all; what I need to improve is definitely the flying lap. However, this day on the track leaves me good feelings for Donington Park.”

Follow all of the action and more in 2022 with the WorldSBK VideoPass!