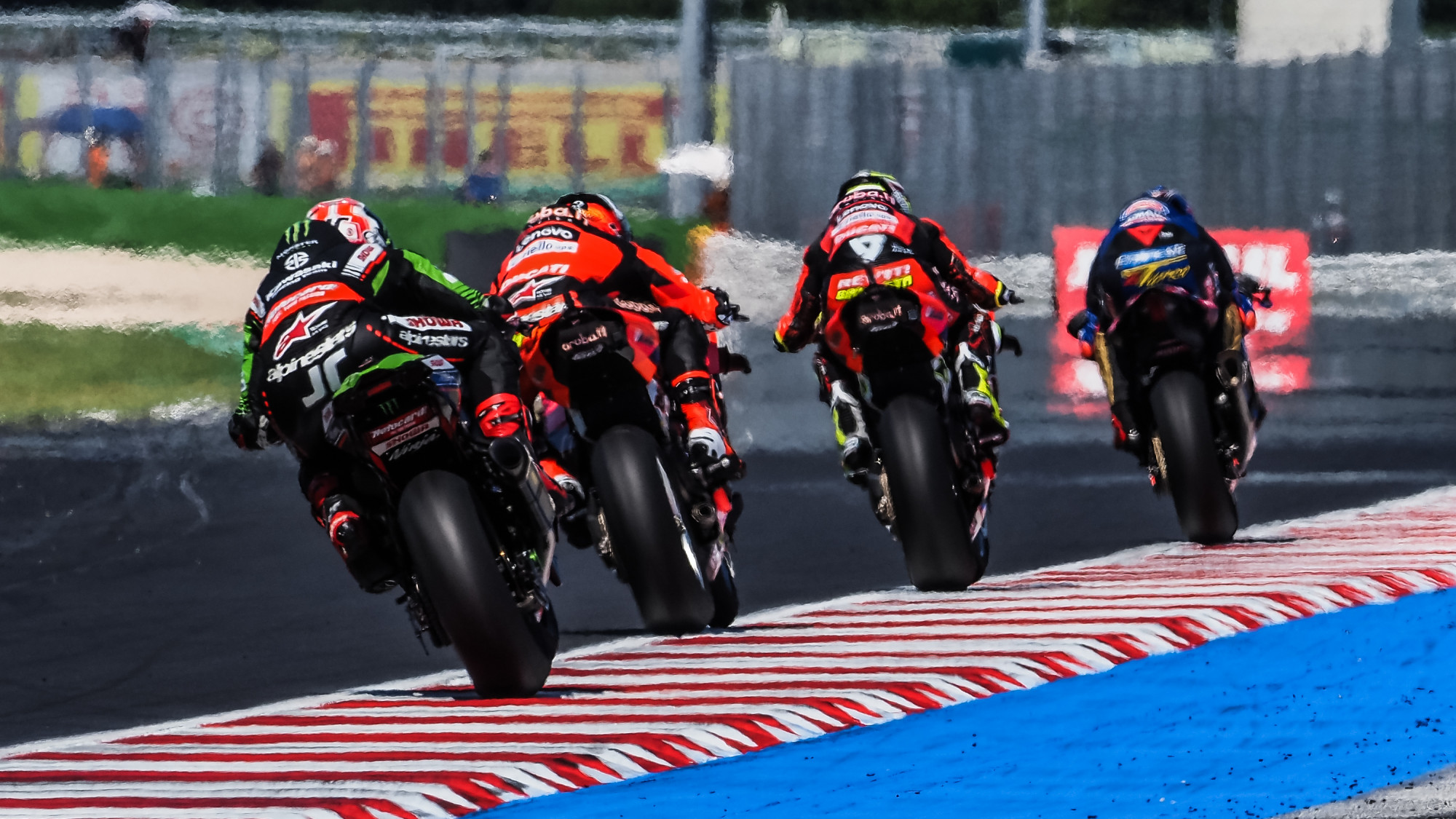 With a third of the Championship complete, there’s interesting findings throughout the World Superbike field

It’s been epic so far and the 2022 MOTUL FIM Superbike World Championship just keeps on delivering, with the action as fierce as ever and the dramatic title race in full swing. With four rounds of the season completed, it’s time to evaluate what has been going on in the Championship and what exactly we can take away from the last two rounds. Here’s what we’ve learnt so far; you can catch up on the same feature from the opening two rounds here.

GLOVES ARE OFF: the titanic trio are going hard from the start

With 2022 well-and-truly off and running, the titanic trio have been battling hard right from the start of the season. At Estoril, all three races went to the final lap of the race with the race-winning overtake coming there. What’s more is that in Race 1 it was Toprak Razgatlioglu (Pata Yamaha with Brixx WorldSBK) vs Alvaro Bautista (Aruba.it Racing – Ducati), then in the Superpole Race, Jonathan Rea (Kawasaki Racing Team WorldSBK) vs Razgatlioglu and then in Race 2, Rea vs Bautista. Whilst the fighting slightly subsided during the Pirelli Emilia-Romagna Round at Misano due to Bautista’s dominance and Rea’s Sunday struggles, all three have been relentless on the opening laps of races, making them action-packed from lights out to chequered flag. Donington Park and Most are the next two circuits, both of which hosted dramatic showdowns in 2021.

NOT ALL HIS OWN WAY: Razgatlioglu forced to wait in 2022

In stark contrast to 2021 when he was dominant in the second half of the season, reigning World Champion Toprak Razgatlioglu hasn’t had the easiest of starts to 2022. Three solid podiums at Aragon were followed by two more at Assen before the infamous clash with Rea in Race 2 left both in the gravel. At Estoril, he led onto the final lap twice but was beaten – Race 1 in a run to the line with Bautista and the Superpole Race after a final sector ‘Marc Marquez’ style save. However, when the team arrived to Misano, a mechanical problem robbed Razgatlioglu in Race 1, before he ended his win drought with victory in the Tissot Superpole Race. Second to run-away leader Bautista in Race 2, he’s 79 points back of the Spaniard in the title race. At all the remaining circuits, with the exception of Mandalika and Phillip Island, the latter of which returns in 2022, Razgatlioglu won at last year; will that be enough to spring him back into contention?

Since coming back to the Aruba.it Racing – Ducati outfit, Alvaro Bautista has been in fine form. Whilst it’s not been the domination of 2019, it’s the fact that Bautista has seemingly adapted his style, not willing to go over the limit so early in the season. Now with more understanding of WorldSBK and the machinery, his two years at Honda haven’t done him any harm, as he’s come back fighting harder, looking stronger and proving unbeatable in some situations. Of the 12 races so far in the 2022 season, if he’s not won, he’s always been on the podium and never more than five seconds from the win, with 4.9s being his biggest margin behind race winner Rea in Assen’s Superpole Race. 220 points after four rounds, Bautista sits pretty at the top of the Championship table, and Ducati Corse’s Sporting Director Paolo Ciabatti is very happy so far.

HONDA HEROICS: Lecuona and Vierge continue to knock on the podium door

It was a solid weekend at Estoril for Honda as Xavi Vierge (Team HRC) beat his teammate Iker Lecuona to come away with a first top five in WorldSBK, whilst Lecuona made sure the bike was inside the top six all weekend. At Misano, it was again Vierge who finished ahead in Race 1 in seventh place before two top five places spurred Lecuona forwards as he closed in on Andrea Locatelli (Pata Yamaha with Brixx WorldSBK) for fourth overall in the Championship. It’s clear that progress has been made with Honda as they are now clearly the fourth-placed manufacturer and making huge gains towards the battle for the top three. In the Superpole Race at Misano, a gamble on the SCQ tyre for Vierge showed that he was able to follow Jonathan Rea for the whole race. Despite a big crash for Vierge in Race 2, Honda have grown. They’ve scored 105 manufacturers points, whilst Lecuona has achieved 99 points and Vierge 63. After four rounds of 2021, they had scored 74 manufacturers points and were a distant fifth in the standings, whilst riders Alvaro Bautista and Leon Haslam had managed 57 and 41 respectively. A big improvement from Team HRC.

WORK TO DO FOR BMW: Redding wanting more

Whilst the Team HRC project has taken big strides forward, the BMW Motorrad WorldSBK Team has had a torrid start to the 2022 season, most down to the absence of Michael van der Mark. On top of this, Scott Redding’s adaptation to the bike has taken time but the British rider has been making incremental steps. With more testing days available, the team has been putting them to use as they tested a variety of clutch parts at Portimao prior to Estoril, although Redding’s main complaint and “biggest problem” remains getting the M1000RR off the line. The next round of the Championship comes from Donington Park, where BMW will test at the end of June and where they achieved three podiums in 2021 and three double top five finishes in every race.

Whilst the titanic trio are knocking spots off each other at the front, the fight is just as fierce further down in the Independent Riders’ Championship. Leading the way so far is Axel Bassani (Motocorsa Racing), who has finished nine out of the 12 races in 2022 inside the top ten, taking a best finish of fourth at Misano in Race 1, just behind Michael Ruben Rinaldi (Aruba.it Racing – Ducati). Loris Baz (Bonovo Action BMW) is next up, although some 23 points behind Bassani with a best finish of sixth coming at Assen, whilst since then, he’s only managed two top ten results. Garrett Gerloff (GYTR GRT Yamaha WorldSBK Team) is behind Bassani and Baz, with the American remaining an enigma with his strong Free Practice pace before slipping back in the races. Philipp Oettl’s (Team Goeleven) results don’t reflect his pace as the German rookie has been impressive at points, whilst Eugene Laverty (Bonovo Action BMW) and Roberto Tamburini (Yamaha Motoxracing WorldSBK Team) are tied on 18 points and fifth in the Independent standings.

Watch all the drama unfold with the WorldSBK VideoPass!