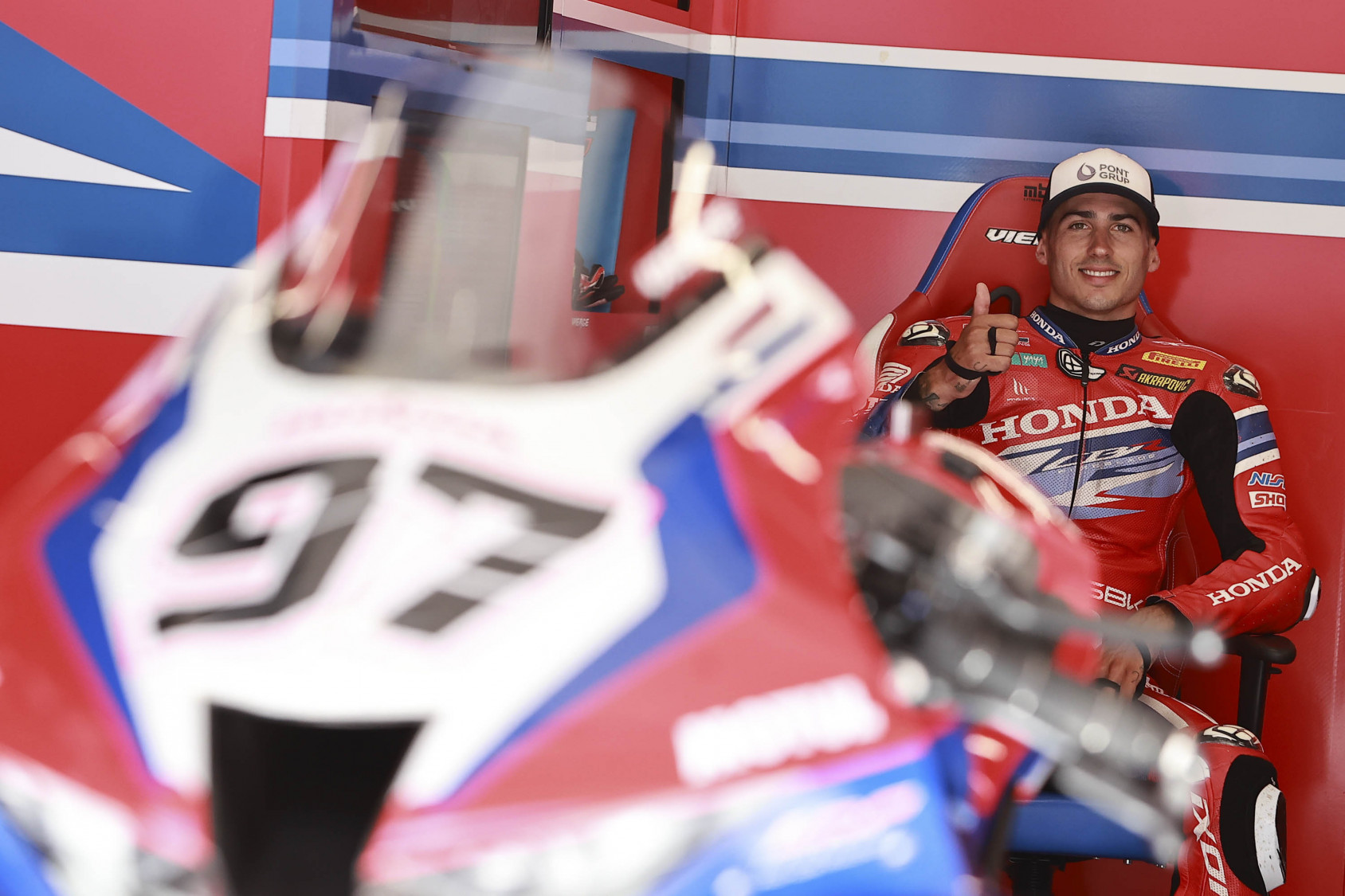 The 2023 MOTUL FIM Superbike World Championship grid is another step closer to being completed as another big factory seat has been snapped up. Xavi Vierge (Team HRC) will remain with the factory Honda outfit for a second season, joining current teammate Iker Lecuona in a line-up which will go unchanged into next year. Both riders have had strong results and multiple top five finishes, with Vierge chasing a first podium in WorldSBK.

With both riders being a rookie and a raft of changes with the Honda in 2022 (a switch to Showa suspension and Nissin brakes being just two of the major ones), 2022 was always going to be a year of patience but right from the start, both Lecuona and Vierge have demonstrated their – and the project’s – potential. For Vierge specifically, the first two rounds of the season saw him plagued by two broken ribs, an injury he picked up when he suffered a highside in testing in Barcelona at the end of March, just two weeks before the start of the season. However, he was inside the top four for the first time at Estoril, when he beat his teammate on the final lap of an epic Race 1, whilst he was fourth again after chasing the podium in Misano’s Superpole Race. Two tricky rounds followed due to injury at Donington Park and Most but Vierge will go into the second half of the season with confidence and his mind at ease now that his future is secured.

Speaking about his deal for 2023, Vierge said: “Since the beginning of the season, I think that we have worked together very well! We are strong and we have shown throughout some races this year that we have the speed; of course, we haven’t achieved the results that we wanted but we are fighting for that and I think it’s the best option to continue together. The results will arrive, so I’m super happy to continue! We will arrive at some circuits in the second half of this year that I know, such as Barcelona-Catalunya and Portimao – where Alvaro Bautista got good results last year – so hopefully we will be closer to those positions and we will try to fight for these positions and more.”

Team manager Leon Camier also shared the excitement, saying: “Xavi has been riding super-well this year and he’s been unlucky with some injuries honestly, but his performance, work ethic and speed has absolutely been there. He’s been super competitive so he just needs a bit of normal time now where he has no injuries and I think he will be in that fourth to sixth place battle which on a good weekend is where we are at the minute.

“The continuity is very good and it also gives a stable platform for the Japanese engineers to be working from as well, as the direction between Xavi and Iker is very similar. If we put someone new on the bike, then we need to start again, be double checking the items we have etc, whereas now we continue with the base we know with him and with the direction we are already going and it makes the development quicker.”