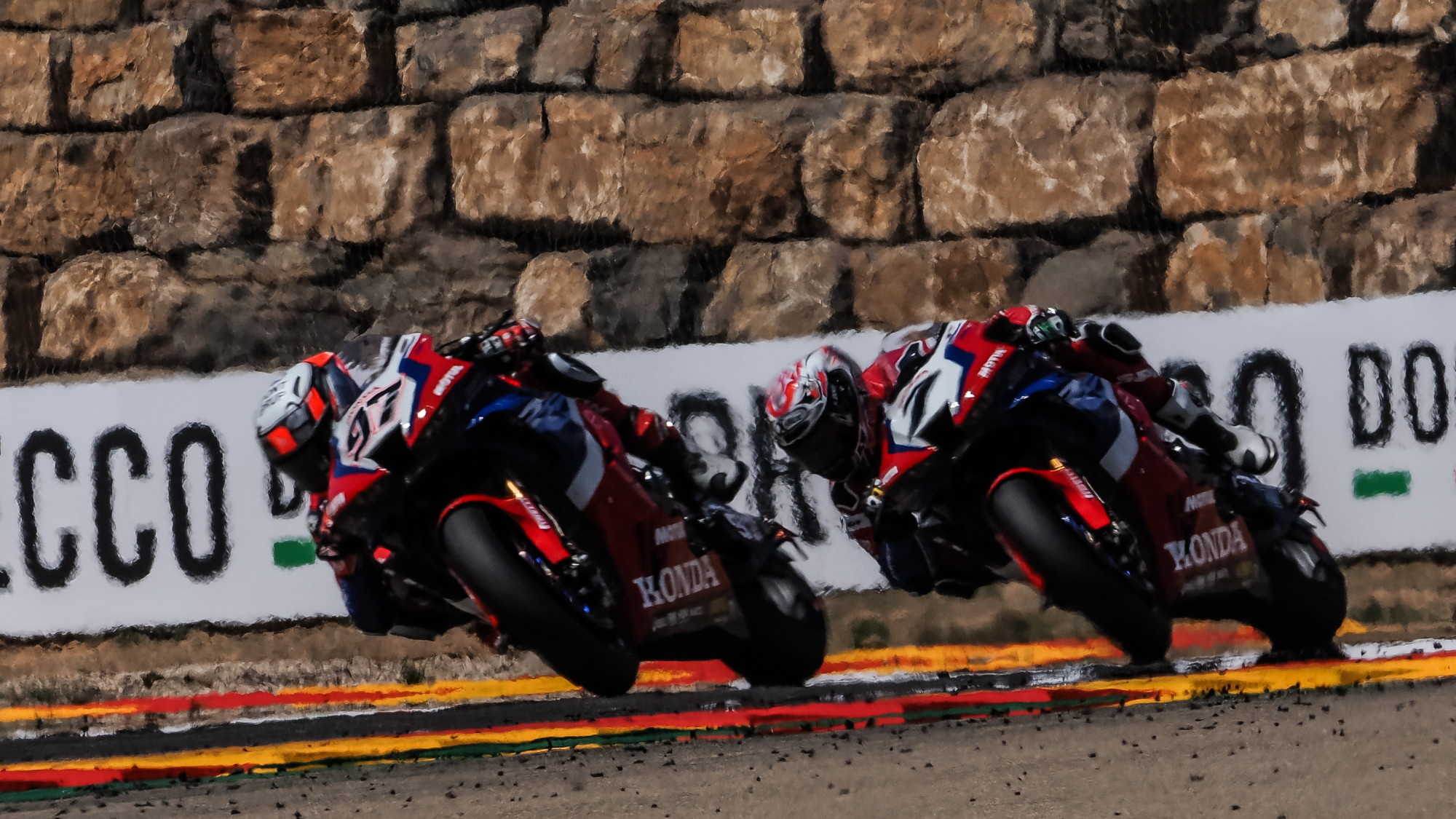 Starting important work for a strong charge next year, Team HRC riders hailed a successful test which saw work on all aspects of the bike as well, whilst Kawasaki were likewise on track

With the Catalunya Round coming to a close, it’s been a week of crucial testing for two factory teams of the 2022 MOTUL FIM Superbike World Championship. Team HRC began work for their 2023 project this week with two days of testing at MotorLand Aragon, whilst the Kawasaki Racing Team WorldSBK were in action in Barcelona before also heading to Aragon.

Taking part in the two-day test at the MotorLand Aragon circuit near Alcaniz, Spain, Iker Lecuona and teammate Xavi Vierge were on a mission in the cooler temperatures, with air temperature highs of 22 degrees Celsius. Whilst strong winds also featured, it was a solid two days of work, looking ahead to the improving the CBR1000RR-R package for the end of the season and beyond, with vital groundwork being undertaken to bring Honda closer to the front in the near future. Described as ‘intense’ and ‘fruitful’ in a statement, it’s a track where both riders know well with the Honda machine from previous tests and the season-opening round of the year, thus making it valid for direct comparisons.

Speaking after the test, Lecuona declared that work had already started for 2023 and that every aspect of the bike had been worked on: “We’ve completed two days of testing, which took place in sunny yet windy conditions, especially on Wednesday. Everything’s gone smoothly and well, and I leave here happy with all the work we’ve got done over the two days. We worked both in preparation for next year and to try and improve this year’s setup, as the aim is to exploit our potential better than we have in the last couple of races heading into the last part of the season. We essentially carried out testing on every aspect of the bike and I felt good and strong.”

Vierge was likewise positive after the two days of testing, even if the testing had been intense: “I’m happy with the way these two days of testing have gone, not least because, when we raced here in April, I was injured so the setup of the bike had to be adapted to suit my physical condition. This time we were able to test with our normal setup and have found very good feeling, which is promising with a view to the end of the season. We also worked to develop an intense schedule in preparation for next year and that’s all looking very promising. I really want to thank the team for all their hard work in between the two rounds and now we have one weekend to rest before focusing on Portimao.”

Also taking part in post-Barcelona testing, the Kawasaki Racing Team WorldSBK of Jonathan Rea and Alex Lowes. One day of testing at the Circuit de Barcelona-Catalunya preceded a trip to MotorLand Aragon. Whilst little information was available, the testing will be crucial for the team as they look to gain ground in the Championship standings at Portimao next weekend, a circuit where Kawasaki and Rea have enjoyed much success at since their collaboration initiated at the start of 2015.